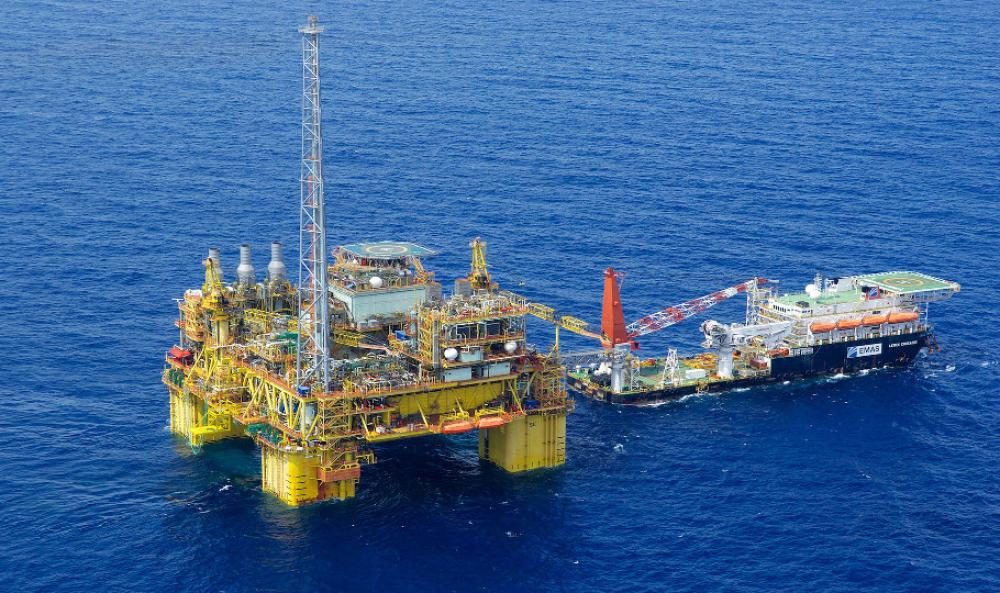 The Gumusut-Kakap platform operates off the coast of Sabah, Malaysia. A temporary accommodation vessel is moored alongside. (Source: Royal Dutch Shell)

The oil industry’s history demonstrates clearly that new plays and prospects have long been found in mature basins that were thought to be well on the way to being squeezed dry. Through the acquisition of new data, developing new concepts and coming up with fresh interpretations, long-producing basins around the world from the North Sea to Malaysia have continued to reveal new riches.

With the E&P sector having cut back drastically on its exploration activity in new and emerging areas during the present downturn, operators have openly acknowledged the importance of focusing and refocusing attention on the world’s established producing areas to extend the lives of existing fields and infrastructure. New ideas, techniques and technologies can directly result in high-value new plays.

Royal Dutch Shell’s executive vice president for global exploration, Ceri Powell, is in no doubt. Shell has found 10 Bboe of reserves in its mature basins around the world since 2005 in places such as Oman, Brunei, Malaysia and the North Sea, she pointed out during a panel session at the recent European Association of Geoscientists and Engineers (EAGE) annual conference in Vienna, Austria.

Innovation very much exists within these mature heartlands, she added, using as an example the company’s own RON (Rejuvenate Opportunity Now) internal initiative. Shell regularly brings together lots of brainpower from its generations of explorers, all with direct and mixed levels of geological experience of working in a particular area and with strong understanding of the subsurface.

Put together into a room with lots of paper, charts and no computers, these gatherings of old and young geoscientists have produced quantifiable results. “At Shell in Oman they came up with six new plays—four of which have now been drilled,” Powell pointed out.

She also stressed the importance of increased and coordinated industry collaboration on a basinwide scale, giving as an example a major basinwide 3-D seismic survey that was carried out offshore Malaysia. It took the national oil company PETRONAS to help facilitate that coordinated effort, she said.

Incremental discoveries
Eni’s Global Head of Exploration, Luca Bertelli, stressed at the same EAGE event the importance of carrying out “deep reviews” of the potential of all parts of a mature province.

“And it’s very important when doing this kind of exploration that the explorers do not work alone but within the asset teams, the production and operations teams,” he said. “This often enables companies to make small incremental discoveries around mature fields developed via such relatively low-cost methods as tiebacks within just a few months. It provides very good value for operators.”

However, there is always the danger of leaving things too late and not sufficiently examining the remaining potential of mature fields and basins before the existing production infrastructure is decommissioned. Heiko Meyer, Wintershall’s vice president for strategy, said time in some areas already is close to running out. “Some need to be explored now, or these chances may be gone,” he warned.