The D-Tech RSS is a fully rotating, push-the-bit system that has ruggedized features to accommodate high shock and vibration and wear resistance. (Source: D-Tech)

As operators strive to make the most of leased acreage, lateral lengths in U.S. horizontal shale wells have increased at rapid rates. Unconventional plays in North America require drillers to maximize production to keep wells economically viable as they battle unstable commodity prices and seek to minimize investment risk.

Increasing the length of horizontal well sections is a common-sense approach to improving well productivity at a manageable, incremental cost. Commonly measured by cost-per-foot (CPF), the general thinking is that laterals will continue to increase in length until there is no more CPF decrease. Operators are relying on service companies to evolve and improve drilling tool technology and methods, allowing them to begin another improvement cycle and take the next step to increase lateral lengths once again.

As a further indication that the directional drilling industry on U.S. land is approaching the next performance plateau, Energent reported in a recent study that the average lateral length increased by only 91 m (300 ft) in 2018, as compared to 171 m (560 ft) in 2017. This represents a year-on-year improvement of only 4% in 2018, as compared to 8% in 2017, which suggests a nearing of limits (either technical or economic) or, in some cases, drilling programs that are bound by acreage.

In some areas of the Permian Basin, formation push, or what geosteering experts refer to as riding formation bedding, can be a limiting factor in further extending the lateral length. This known tendency of a well path to walk to the right or left, especially in areas with high formation dip, adds additional complexity and challenges for directional drillers. The result is unplanned slide sequences and course corrections that eat into productive drilling time and increase CPF. Difficulty in maintaining the intended drilling profile can be influenced by many factors, including faults, transition zones, interbedded formations and lithology changes.

Long laterals are typically drilled either by drilling motors, a rotary steerable system (RSS) or a combination of the two. One common approach is to begin the lateral with a drilling motor, then switch to an RSS as drilling progresses farther out into the lateral. At this point, performance limiters, such as azimuthal walk and torque and drag, become parasitic to performance—either dictated by problems getting the weight to the bit or constant course corrections requiring excessive sliding time. In addition, concerns about wellbore tortuosity and borehole quality from reliance on drilling motors can result in difficulty when running casing and impact future production.

The D-Tech system, now in its sixth generation, has steadily evolved in response to the formation and economic demands. Recent modifications have focused on further improving reliability and ruggedness along with new features to increase tolerance to high downhole temperatures and steering accuracy at high rotational speeds.

The system employs a highly accurate three-axis accelerometer package that is positioned only 1.2 m (4 ft) from the bit and allows operators to run their preferred MWD/LWD system and bit of choice. The system has a higher dogleg capacity and provides a quicker response to corrections to stay in the zone while producing consistent and predictable build rates. A built-for-purpose design, the short, simple tool has only 10 moving parts, dispelling previous beliefs that all RSS tools must display a level of engineering design complexity reserved for offshore deepwater environments.

To increase reliability and minimize operational errors, the RSS arrives on location preconfigured for the intended well profile. During prejob tool configuration, D-Tech engineers collaborate with the operator and directional service company to evaluate the intended drilling program including rig capacities, flow rates, pressures and hydraulics, solids control system, target formation, and mud motor specifications including the type of bearing pack. These multiple inputs are considered when determining the optimal piston force for proper steering and providing the required steering yield. An onsite D-Tech technician provides performance advice and is backed by 24/7 remote surveillance when tools are downhole.

Overcoming azimuth walk in the Permian
Minimizing/eliminating azimuthal bit walk in lateral sections influenced a Permian Basin operator when it considered the D-Tech RSS. While using drilling motors, formation push was driving the azimuth to the right between 3 degrees and 5 degrees per 30 m (100 ft). Keeping the wellbore on track required excessive slide time and up to three bit runs to reach total depth.

The operator chose to replace the drilling motors with a popular RSS from a D-Tech competitor, which delivered improvements by drilling closer to the planned well profile. However, to consistently maintain azimuthal control, the competitor had to reduce bit rpm and associated ROP, nullifying promised gains from replacing drilling motors with an RSS.

Believing in the promises of an RSS but frustrated with minimal gains from the competitor’s system, the operator chose to employ the D-Tech RSS. The system’s preprogrammed azimuthal control mode allowed the operator to lock in the intended well target and drill ahead with confidence, knowing that any required course corrections could be downlinked through a series of pump fluctuations without impacting on-bottom drilling operations.

When using the azimuthal control mode, the operator was able to compensate for the formation push while maintaining higher bit rpm and without sacrificing ROP. The 4,448-m (14,593-ft) lateral was drilled in a single run at an average ROP of 47 m/hr (156 ft/hr), making it the fastest and most successful lateral drilled in the Permian Basin at that time.

Evolving drilling practices favor RSS
As further testament to the viability of an RSS to improve horizontal drilling, operators are evolving drilling practices to include the D-Tech RSS as standard equipment. A past approach would be to use drilling motors until reaching their technical limit, then trip for an RSS to complete the lateral. Savvy operators found that the portion of the lateral drilled with an RSS would demonstrate a marked improvement in hole quality, with less borehole tortuosity and fewer micro-doglegs to contend with while tripping or running casing.

When operators chose to drill the entire lateral with the D-Tech RSS, the improvement in hole quality was substantial. In side-by side comparisons with laterals drilled with either drilling motors, or a combination of drilling motors for the front of the lateral and RSS at the back, laterals drilled entirely with the D-Tech RSS were the fastest overall with the lowest CPF. By removing the drilling motor slides at the start of the lateral, the resultant slide and rotation transitions were removed, which improved wellbore tortuosity and torque and drag, increased drilling performance and lowered the cost curve for the well. 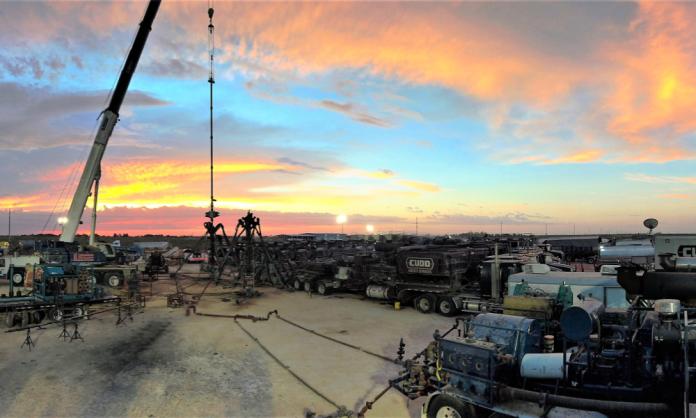 Ray Poage, whose career in public accounting spanned more than four decades,  joined the Concho Resources board of directors in 2007 and most recently served as a member of the nominating and governance committee.