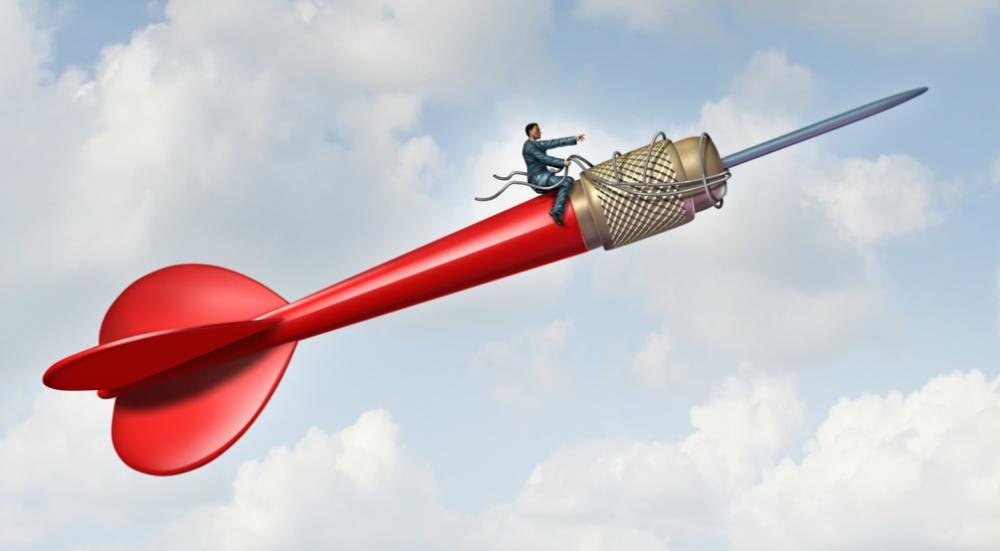 After slamming the brakes on its Utica and Marcellus budget, Gastar Exploration Inc. (GST) is opening up the throttle to transform into a pure play Oklahoma company.

The Houston company, which has a field office in Oklahoma City, said Oct. 14 that it will gain more exposure to the Meramec Shale in a deal that buys out partner Husky Ventures Inc. and gives it more control in Oklahoma's Stack Play. As part of the transaction, Gastar will pay $43.3 million and exchange some of its noncore acreage in the region.

The company also said that it will shop its core Marcellus and Utica shale acreage. The company has hired an adviser to sell about 11,000 net acres primarily in Marshall and Wetzel counties, W.Va.

The deal includes acquisition of about 15,700 net acres in Kingfisher and Garfield counties, Okla., of which about 42% is HBP. The acreage is prospective for the Meramec and Woodford shales, with additional upside from the Oswego and Osage formations, said J. Russell Porter, Gastar's president and CEO.

The assets are located in an area of mutual interest (AMI) with Husky. After the deal closes, Gastar plans to dissolve its JV.

"With this strategic Midcontinent transaction, we are consolidating our working interest in our core Midcontinent acreage and will be able to operationally control development decisions going forward," Porter said in a statement.

Gastar will assume operatorship of 70 of the 103 gross wells being acquired, with 1.2 million barrels of oil equivalent (MMboe) of proved reserves. Current net production of the wells is about 625 boe/d, of which 46% is oil, 26% is NGL and 28% is natural gas.

As part of the deal, Gastar will divest about 11,000 net noncore, nonproducing acres in Blaine and Major Counties, Okla., to the sellers.

Earlier in the year Gastar also sold off some of its noncore holdings in the area in hopes to exploit its opportunities in the Stack Play.

In May, the company entered into an agreement to sell 19,000 net acres in Kingfisher County to Oklahoma Energy Acquisitions LP, whose general partner is Alta Mesa GP LLC. That deal, worth $46.2 million, closed in June.

Gastar's latest transaction is expected to close on or about Nov. 30, with an effective date of July 1.

The acquisition will be funded with borrowings under the company's revolving credit facility, which has a borrowing base of $200 million. As of Aug. 31, Gastar had $65 million drawn on its revolver.

However, funding the move to the Midcontinent will require Gastar’s sales in the Appalachia, said Mike Kelly, senior analyst with Seaport Global.

As of August, Gastar has brought 12 gross (6 net) Marcellus wells and one gross (0.5) net Utica well on production in 2015. Net production from the Appalachian Basin area averaged 7,700 boe/d in the second quarter. The company is currently not drilling the acreage.

The company’s acreage is supported by a processing system with total capacity to 720 million cubic feet per day (MMcf/d) and a 14-mile water system in Marshall County, W.Va.

Gastar said the sale would allow it to "concentrate on the significant opportunities identified in its existing Oklahoma assets and to improve the strength of its balance sheet."

However, Gabriele Sorbara, vice president of E&P/energy research at Topeka Capital Markets, questioned whether the company will find a buyer for the mostly gassy assets.

"From a timing perspective, it may not be the best time to market these assets, given the weak pricing environment and the winter outlook based on the El Niño effect," Sorbara said in an Oct. 15 report.

Going all-in for Oklahoma might also be a riskier move than the company intends to make, said Gordon Douthat, senior analyst with Wells Fargo Securities LLC, in an Oct. 15 report.

"With the potential Appalachia sale, production and reserves would be cut in half with the company now a pure play Midcon producer,” Douthat said. This leaves the company “dependent on less developed/de-risked acreage, which could give some pause until further well results are in hand.” 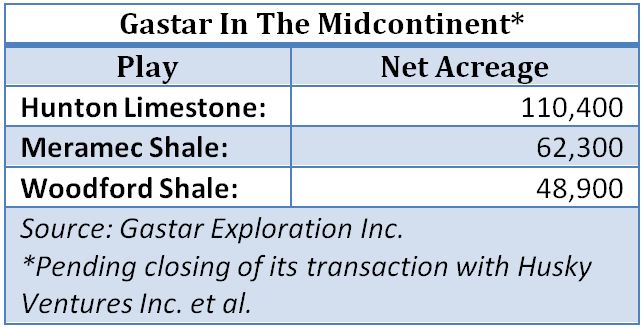 In its second-quarter results, Gastar said it has increased its capex to drill one Meramec Shale/Mississippi Lime test well on its Midcontinent acreage.

The company's first Meramec well is expected to be fracked within days, with first production by late October, Sorbara said.

Initial production from its test well will shape the company’s plans for 2016, Sorbara said.

Pending the results from the well, Gastar could end up allocating as much as 100% of its budget in 2016 to the Meramec shale play, Kelly said in an Oct. 15 report.