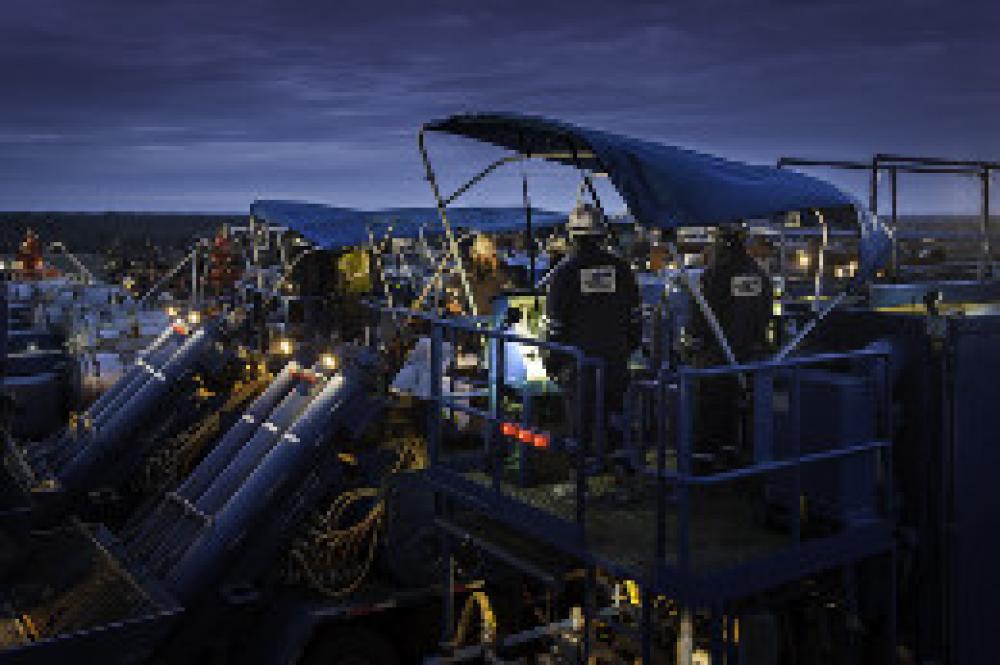 Many countries are keen to join the shale boom being experienced by the United States and hopefully tread the same path. The UK is no different, and hydraulic fracturing is now planned to resume in England this year after being suspended in 2011.

In December 2012, the UK government gave UK-based Cuadrilla Resources the green light to resume fracing in Lancashire, northwest England, following a suspension of operations in 2011 after minor tremors were caused by early fracing work undertaken by the operator.

“Currently Cuadrilla is planning to conduct test drilling on a couple of wells in 2013 in the Lancashire area. We plan to hydraulically fracture one vertical well, and to drill and fracture one horizontal (lateral) well,” a Cuadrilla spokesman told E&P.

“The purpose at this stage is to test gas flow, pressures and decline rates. However, before the company can proceed, it needs to obtain planning permission from Lancashire County Council and regulatory approvals from the Environment Agency (EA) and the Health & Safety Executive. Therefore, any test drilling is unlikely to occur until the middle of this year.”

It is too early to say how many wells are planned on each prospect. However, Cuadrilla wants its sites to have minimal visual impact and footprint. Due to the thickness of the shale in Lancashire, it is possible to have as many as a dozen horizontal wells coming off one vertical well. Thus a resource hub with three vertical wells could have 36 laterals

“Ideally, we’d like to start commercial extraction of shale gas in Lancashire by 2015. However, there’s a lot of work to do beforehand,” added the spokesman.

The challenges of fracking in a new play will mean gathering data and learning quickly from experiences.

“To a certain extent, all shale needs to be decoded. We are confident there is a lot of gas, but it will take diligence to learn how to ‘surf the shale.’ We’ll know more about challenges such as flow rates once test drilling begins,” said the spokesman.

“We see many value-adding aspects of resource hubs. For example, one would be generating electricity for local consumption. There are other ways locally developed gas could impact the local economy. We are exploring all this,” added the spokesman.

The geological resources offer their own challenges but the local community must also be dealt with to appease its environmental concerns.

Two small seismic tremors were experienced while Cuadrilla was fracking for shale gas at the Preese Hall site in Lancashire in April and May 2011. Operations were suspended and Cuadrilla submitted a geotechnical report, which concluded that the tremors were caused by fracking and recommended how these risks could be mitigated in future operations.

The Department for Energy & Climate Change (DECC) conducted a public consultation in April and May 2012 on a review of Cuadrilla’s geotechnical report and recommendations by a panel of independent experts.

Then on Dec. 13, 2012, DECC gave the go-ahead to resume fracing in the UK “subject to new controls to mitigate the risks of seismic activity,” which include better reviews, planning, and monitoring during fracking.

Following the DECC’s go-ahead, Francis Egan, Cuadrilla’s CEO, said, “We welcome the government’s initiative to help the emerging shale gas industry get established. Exploration is necessary to have a better understanding about how shale gas can be developed safely and sensibly from the Bowland basin.

“Costs in a technology industry such as ours will be higher at the outset, but will reduce over time as the industry grows,” he continued.

On the future of shale in the UK, the Cuadrilla spokesman said, “It is very early days, although we saw DECC’s announcement on Dec. 13 as a significant step in the future development of the UK’s onshore gas industry. The regulatory issues are in hand. The UK has a robust regime, and we are happy to have cooperated with the DECC, the EA, and the Health and Safety Executive as well as Lancashire County Council. The planning issues have not been completely dealt with. This is a new experience for communities and there are many issues to address.”

The UK’s Energy and Climate Change Secretary Edward Davey said, “Shale gas represents a promising new potential energy resource for the UK. It could contribute significantly to our energy security, reducing our reliance on imported gas, as we move to a low-carbon economy.

“We are still in the very early stages of shale gas exploration in the UK, and it is likely to develop slowly. It is essential that its development should not come at the expense of local communities or the environment.

“Fracing must be safe, and the public must be confident that it is safe. We are strengthening the stringent regime already in place with new controls around seismic risks. And as the industry develops, we will remain vigilant to all emerging evidence to ensure fracing is safe and the local environment is protected,” Davey explained.

“The new Office of Unconventional Gas and Oil, led by DECC, will be able to focus regulatory effort where necessary to meet the needs of future production,” he added.

To date there has been no commercial shale gas production in the UK.

The matter of reserves in place is still under debate, with an upcoming report by the British Geological Society eagerly awaited.

The US Energy Information Agency estimates that the UK has 20 Tcf of technically recoverable shale gas reserves. However, some reports suggest reserves in the 1,000-sq-km Bowland basin to the east of Blackpool may contain 300 Tcf of gas alone, which is 17 times more than is estimated to be left in the UK North Sea.

Cuadrilla has previously estimated reserves in the basin at around 200 Tcf.