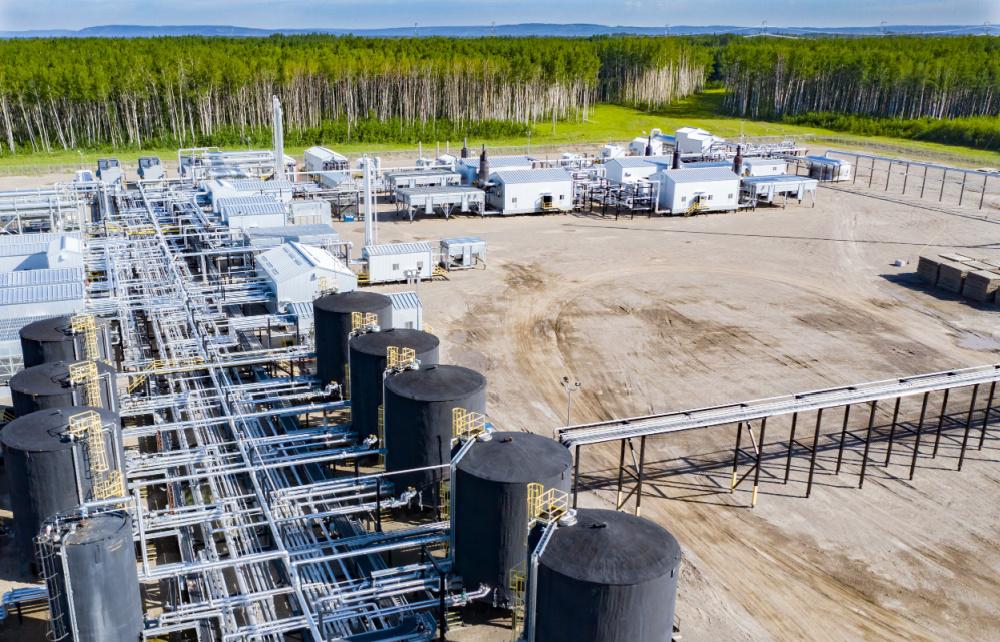 With completion of the disposition, Crew Energy said it has successfully monetized a noncore portion of its asset base to focus on production growth in the Greater Septimus and Groundbirch areas. Pictured, is Crew Energy Montney operations. (Source: Crew Energy Inc.)

“With completion of the disposition, Crew has successfully monetized a noncore portion of our asset base to focus on production growth in the Greater Septimus and Groundbirch areas. In concert with the strong adjusted funds flow (AFF) and free AFF realized to date in 2022, the proceeds from this transaction will further contribute to our financial flexibility and form the basis for development of an updated strategic plan that builds on the momentum realized over the past 24 months,” the company said in the release.

Crew Energy is a growth-oriented natural gas-weighted producer operating exclusively in the Montney play in northeast British Columbia. The company holds a large, contiguous land base of over 264,000 net acres (more than 225,000 net undeveloped acres) in the Montney, according to its website.

The buyer was not disclosed. The net proceeds from the divestiture will be used to redeem $128 million principal amount of the company's 6.5% senior unsecured notes due 2024, of which an aggregate principal amount of $300 million is currently outstanding.