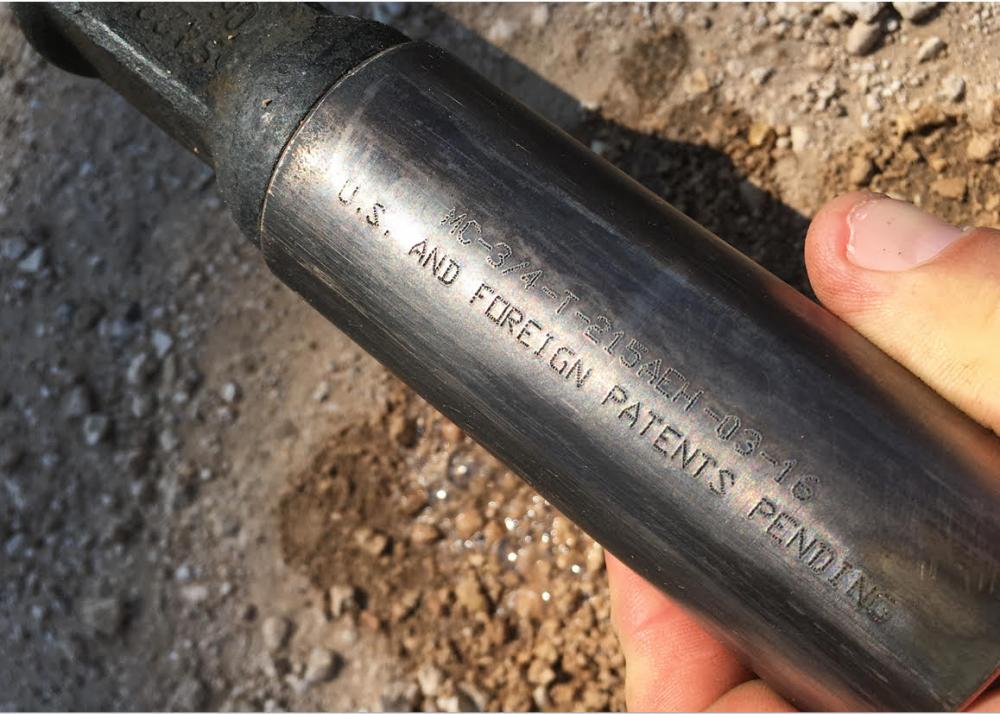 The economic landscape of the oil and gas industry has shifted and, as a result, operators in U.S. shale plays are increasingly looking for ways to streamline their practices and boost profitability. Coming to grips with production costs is crucial in the $50/bbl environment, and every component used in production should be scrutinized to assess if changes and improvements can be made to reduce wastage, costs and time lost on the well.

For example, nearly all of the wells operating in U.S. shale fields require artificial lift, and nearly half of those wells experience failure as a result of couplings contacting the inner tube wall, which creates friction that leads to considerable wear and damage. These failures are both hazardous and costly, running into the tens of thousands of dollars per well per year. Across the industry workover costs account for hundreds of millions of dollars per year.

Materion developed a new temper of its ToughMet 3 alloy specifically to address the challenges of coupling on tubing wear. This copper-nickel-tin spinodal alloy was originally engineered by Materion for use in drilling equipment. Offering high strength and low friction, this alloy demonstrates corrosion and corrosion-related stress cracking resistance in seawater, chlorides and sulfides.

With its combination of properties, this alloy resists mechanical wear, thread damage, corrosion and erosion. The couplings are non-galling, so they do not damage production tubing, and they retain their strength even at elevated temperatures.

Materion partnered with Hess, one of the largest producers in the Bakken, to qualify and pilot the ToughMet sucker rod couplings in deviated wells with higher than normal failure rates. Hess noted that the couplings more than tripled the mean time between failures associated with couplings made of alternative materials.

Encouraged by the results observed in the field tests, the company installed the couplings in more than 400 of its Bakken wells and now uses the couplings as part of its standard production practice.

Materion is expanding the deployment of its ToughMet couplings with additional operators in several different shale plays. Now about 20 operators are running the couplings in the Bakken and Permian and in the Elk Hills Field in California. To facilitate access to the couplings for operators, Materion is establishing distributors in each of these regions so that the couplings are available from local inventory.

Discovery owns some wells that were failing every 60 to 90 days, specifically due to rod-on-tubing wear as a result of extreme deviation. The company piloted the ToughMet couplings as a solution and as a result significantly increased the run time on those wells.

Discovery reported that its longest running well with these couplings is more than 385 days without a failure. The company has four additional wells with the couplings installed that are past the 300-day mark. In addition, Discovery has doubled or tripled its run times.

Discovery pulled the rods out of one of the ToughMet test wells after a pump failure and inspected the couplings after three months of the well running. It would typically see significant tubing or coupling wear after this period in the ground but saw that the original stencils from the manufacture were still visible on the coupling (see image above). There was minimal wear observed on the couplings. For Discovery that was an early indication that the couplings reduced rod-on-tubing wear.

Sucker rod pumping in long deviated unconventional wells is especially challenging because of side-loading of rods. Sucker rods can buckle due to forces acting in compression at the bottom of the rodstring on downstroke.

If rod side loads are calculated at more than 100 lb, Discovery considers running ToughMet couplings in that area to increase the run time on that particular well. The company reported that ToughMet is becoming increasingly well-established in its operations. Now that the test phase is completed, the company is using more ToughMet couplings.