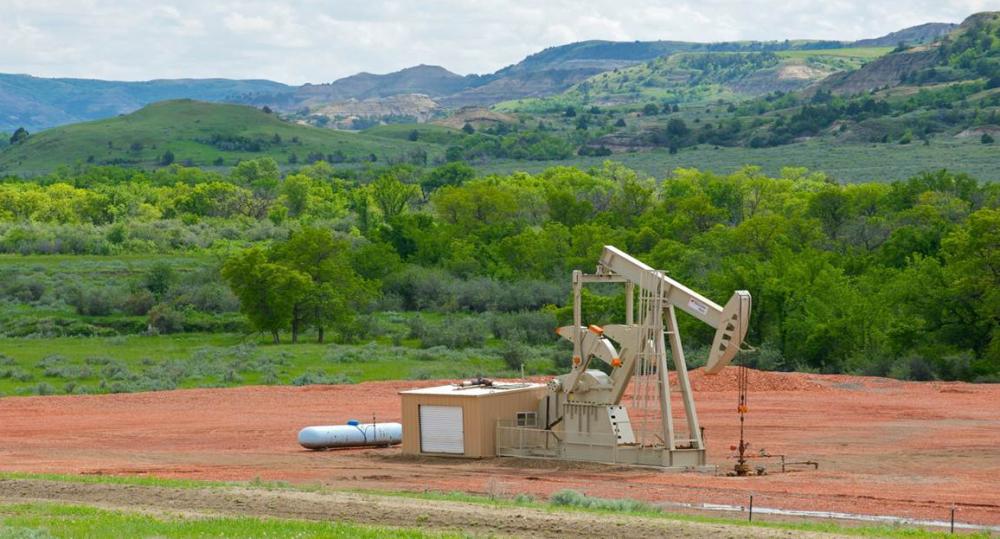 In the Lower 48 Big 3—Eagle Ford, Bakken and Permian Basin—ConocoPhillips plans to grow production by about 19% this year. A pumpjack is shown in the Bakken. (Source: ConocoPhillips)

With a capital budget of $6.1 billion and plans to grow production between 5% and 10% this year, ConocoPhillips (NYSE: COP) is pursuing several projects that could add low-cost supply resource, strengthen its portfolio and create future optionality, the company’s CEO said.

Speaking to analysts on an earnings call Jan. 31, ConocoPhillips CEO Ryan Lance shared insight on some of what he called “potentially impactful operating milestones.” These include advanced construction at the company’s Greater Moose Tooth (GMT) 2 project in Alaska, where exploration and appraisal drilling is underway, and a 14-well pad program taking place in Canada’s Montney play.

“We’re focusing our activities in the early part of the year on testing potential resource enhancing programs such as multiwell pilots of our Vintage 5 completion techniques, EOR pilots and refracks,” Lance said, noting activities will ramp up in the second half of the year. Meanwhile, the company has already begun a four-well exploration program in the Louisiana Austin Chalk, which was recently resurrected when several large E&Ps—ConocoPhillips included—flocked to the area in hopes of drilling high-return wells.

But ConocoPhillips’ growth opportunities could go beyond North America and into the Middle East, Asia and Australia, where final investment decisions are expected this year on Bohai Phase 4 in China, the North Field expansion in Qatar and Barossa in Australia.

“We’ll retain flexibility on how and when we invest in most of these projects. You should expect us to prioritize and phase these investments in a way that’s aligned with our value proposition,” Lance said on the call.

He later added: “We’ve got a rich set of opportunities coming our way. We’ve got capacity and we’ve got cash on the balance sheet. But we also know in any given year we are committed to our value proposition.”

Oil and gas companies have been pushing forward development plans armed with technology, improved efficiency and better techniques amid the usual uncertain market conditions. Oil prices dipped toward year-end 2018, causing some to be more cautious, but oil prices have rebounded since the worst days of the downturn.

The Houston-headquartered independent, which has onshore and offshore assets across the world, said its total realized price was $53 per barrel of oil equivalent (boe), 15% higher than the $46.10 per boe in fourth-quarter 2017, mostly courtesy of higher crude prices and a higher weighting of crude volumes in its portfolio.

ConocoPhillips also benefited from the sale of part of the company’s interest in the U.K. Clair Field in the North Sea as it pumped more barrels of oil to close fourth-quarter 2018 with $1.9 billion in earnings, up from $1.6 billion a year earlier.

“Brent prices touched $80 but also $50 a barrel. But our priorities didn’t change and this consistent approach allowed us to generate a return on capital employed [ROCE] of 12.6 %,” Lance said. “That’s nearly a 20% improvement over our ROCE when Brent was $109 per barrel just a few years ago.”

Total production, excluding Libya, was 1.31 million boe/d, up 94,000 boe/d, in the fourth quarter. Leading the pack was production from the company’s Lower 48 assets, where oil production rose to 262 million barrels per day and gas production increased to 616 million cubic feet per day. Also contributing to the increase were production startups at GMT-1, Aasta Hansteen and Clair Ridge; continued ramp-up at Bohai Phase 3 and completion of the final development phase at Bayu-Undan, ConocoPhillips said.

Lance called 2018 “another exceptional year” for the company. However, “2018 is behind us. What matters now is what’s next.”

“But we’re no longer under an exclusive arrangement to do that,” Fox said. “So, we broadened the process to include several parties and there really has been strong interest in the properties.”

Whether ConocoPhillips puts any other assets up for sale remains to be seen. Fox reminded those on the call that the company has said it will look at the lower end of the portfolio and dispose of assets when the time is right.

“You should expect to see us continue to work on the assets but the major portfolio restructuring is essentially behind us,” he said. “But that’s not to say that there aren’t other changes that we would make to the portfolio.”