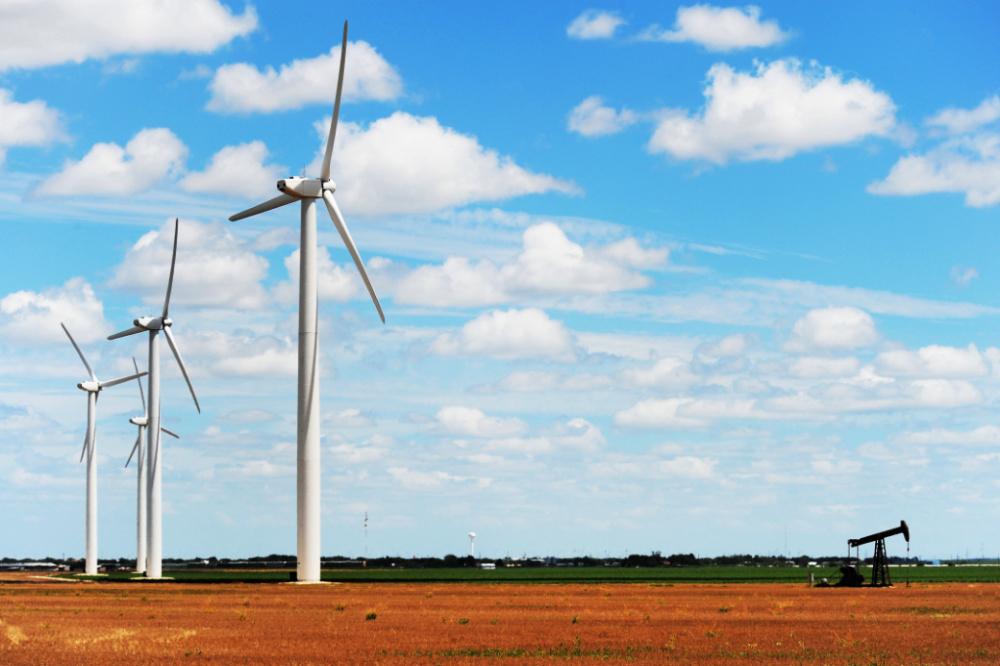 Some oil and gas companies have also begun seeking a premium price for what they call cleaner petroleum products. (Source: Shutterstock.com)

In January, Occidental Petroleum Corp. announced it had accomplished something no oil company had done before: It sold a shipload of crude that it said was 100% carbon-neutral.

While the two-million-barrel cargo to India was destined to produce more than a million tons of planet-warming carbon over its lifecycle, from well to tailpipe, the Texas-based driller said it had completely offset that impact by purchasing carbon credits.

Such credits are financial instruments generated by projects that reduce or avert greenhouse-gas emissions such as mass tree plantings or solar power farms. The projects’ owners can sell the credits to polluting companies, who then use them to make claims of offsetting their carbon emissions.

Details of the Occidental transaction have not been previously reported. Two sources involved in the deal told Reuters that the driller paid about $1.3 million for the credits—or about 65 cents per barrel. Oil currently sells for more than $60/bbl.

Occidental says such credits make the two-million-barrel cargo carbon-neutral because they represent an equivalent amount of greenhouse gas removed from the atmosphere by the projects generating the credits.

The arrangement reflects a growing trend. Oil and gas companies worldwide are increasingly trying to market their products as cleaner using a range of controversial methods, including buying credits, powering drilling operations with renewable power and investing in expensive and commercially unproven technology to capture and store emissions.

The moves are designed to secure a future for the fossil fuel industry in a world where investors, activists and regulators demand action to stop climate change. In some cases, they are also designed for profit: Companies have begun seeking a premium price for what they call cleaner petroleum products.

Although carbon credits do nothing to reduce the pollution from a given barrel of oil, proponents of offset programs argue that credit purchases help finance clean-energy efforts that otherwise would not be profitable.

Critics blast such programs as smoke-and-mirrors public relations efforts that allow polluters to scrub their image while they continue to profit from climate damage.

Oil company claims of clean fuels through offseting are like “a tobacco company saying they sell nicotine-free cigarettes because they paid someone else to sell some chewing gum,” said David Turnbull, a spokesman for Washington-based Oil Change International, an advocacy group opposing fossil fuels.

National and global carbon credit programs establish guidelines that projects must follow to in order to sell offsets. The programs rely on companies and nonprofit organizations such as Verra and SustainCERT to issue and verify credits under their standards. They certify that the projects generating credits are leading to the promised amount of reduced emissions and would not have been built without the credit income.

But there are no uniform standards for how to calculate the full climate impact of fossil fuels, or how to properly offset it with environmental projects, industry experts say. Companies buying credits are also not obliged to disclose their cost or origin—a problem because they can vary widely in price and quality.

In Occidental’s case, the credits were generated between 2016 and 2019 by solar, wind and other clean-energy projects in emerging economies such as India, Thailand and Turkey, and were verified by Verra.

“The credits they issued are valid and have environmental integrity,” said Verra spokeswoman Anne Thiel.

Verra and other verifiers, however, have since stopped approving renewable energy projects in those nations to generate offsets after concluding last year that they had become competitive enough to be built even without offset credit revenue.

Occidental defended the deal, saying it could kick off a new market for oil offset with credits that directs money to green-energy projects. “We can be a big part of the global solution,” said Richard Jackson, Occidental’s president of operations for onshore resources and carbon management.

Occidental and the cargo’s buyer, India's Reliance Industries, did not comment on whether Reliance paid a premium for the shipment.

But other oil and gas companies are eager to create a market where climate credentials allow them to command higher prices. That could allow them to recoup the full cost—or more—of credits or other measures that allow for the low-carbon labeling.

Lundin Energy AB, an independent driller with operations in Norway, is one of the companies that sees a market opportunity in crude with a low-carbon designation.

The company plans to spend $35 million to plant 8 million trees in northern Spain and Ghana—something it says will allow it to generate its own credits to offset greenhouse gas emissions from its fossil fuels.

Lundin was the first oil company in the world last year to receive independent certification it was producing low-carbon oil based on its reduction of emissions in producing oil from its Edvard Grieg Field in Norway. It also aims to certify low-carbon oil from the Sverdrup Field, also in Norway—Western Europe’s biggest—which Lundin co-owns with a consortium of partners.

Cleaner drilling operations, however, have a limited environmental benefit. At least 80% of greenhouse gases from oil are emitted after extraction from the ground, according to consultancy IHS Markit.

Alex Budden, Lundin’s vice president, said if buyers paid a 1% premium for lower-carbon barrels, it would boost the company’s annual oil revenue by $10 million to $20 million. That would allow it to recover the costs of its offset and efficiency efforts and eventually profit from them.

So far there have been no takers. “But it’s going to happen,” Budden said.

Across the Atlantic, Canadian producers in the oil sands have a bigger challenge. Producers there emit three to five times more carbon than the worldwide average because more energy is needed to extract the oil, according to Rystad Energy, a global consultancy. Its producers are hoping to change that.

Suncor Energy Inc., for example, has pledged to cut the amount of carbon it emits per barrel produced 30% from 2014 levels by 2030 to contribute to Canada’s climate goals and address shareholder pressure to reduce its emissions.

It will do so by improving energy efficiency and investing in renewable energy technologies, such as wind farms, said Chief Sustainability Officer Martha Hall Findlay. She said Suncor will consider certifying those lower-carbon barrels.

“There’s no question carbon is our Achilles heel in the oil sands,” she said.

LNG producers are also increasingly marketing carbon-neutral LNG. Unlike in the oil market, some LNG buyers are already paying a premium for such cargoes.

In March, for example, Shell announced it had taken delivery of Europe’s first ever carbon-neutral cargo of LNG from Russian supplier Gazprom. Gazprom provided the gas and both companies chipped in for the offsets, said Mehdi Chennoufi, Shell’s head of LNG origination and business development.

Shell said the credits came from projects that protect biodiversity or restore land, but it would not disclose the cost.

Buyers in Spain, Japan, Taiwan and China have also bought LNG certified as carbon-neutral, a trend that has led the International Group of LNG Importers, an association of big global LNG companies, to start working on standardized methodology.

“Today there is a lot of talk about carbon-neutral LNG, but there is no universal definition,” said Vincent Demoury, the group's Deputy General Delegate.

“It's just nonsense,” he said.

Other companies are turning to carbon-capture technology—despite its history of high costs and operational difficulties—to offset their products' climate impact.

Qatar, the world’s biggest LNG producer, announced in February that it is building a carbon-capture project at its North Field expansion project in the Persian Gulf.

Occidental is also developing the largest-ever direct-air-capture facility, to pull 500,000 tonnes per year of CO₂ out of the open air near some of its Texas oil fields, using fans and chemical reactions. That’s equal to the annual emissions from nearly 110,000 U.S. cars.

Environmentalists criticize such projects because they could extend the life of the fossil fuel industry.

If Occidental’s project works, for example, the company plans to pump the carbon back into the Texas oil fields, raising reservoir pressure to extract more crude.

Occidental says it hopes to market crude oil produced in this way as the feedstock for refining jet and marine fuel—providing a way for those industries to claim they have offset their emissions.

Telling consumers they can consume carbon-neutral fossil fuels sends the message, she said, that “behavioral change is no longer needed.” 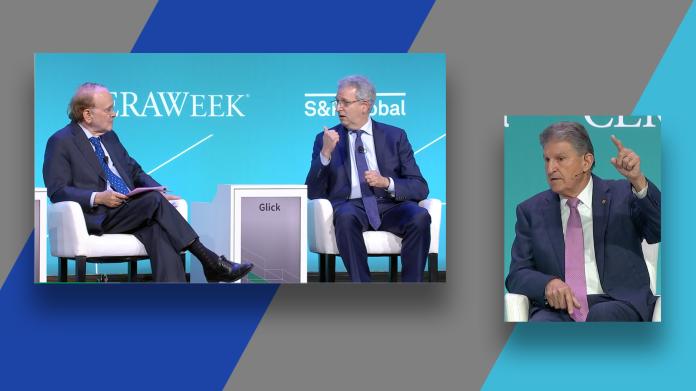 2022-03-15 - Glick insists that tougher reviews of infrastructure projects on the front end will enable permit approvals to survive court challenges.

Russian Oil Tanker Hit by US Sanctions Heading to Malaysia

2022-03-01 - It remains unclear whether authorities in Malaysia plan to allow the ship to anchor.