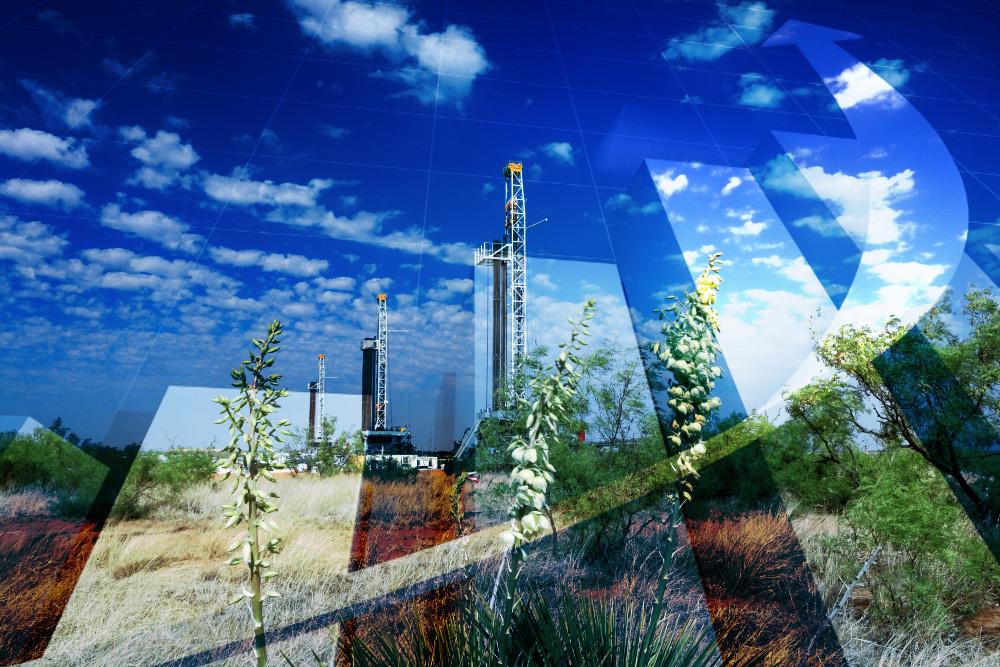 Chevron is benefiting from its large acreage position in the Permian Basin and technology as it works to grow production to 650,000 boe/d by year-end 2022. (Source: G.B. Hart/Shutterstock.com)

The decision was “not just happenstance,” according to Liz Schwarze, the company’s vice president of global exploration. During the American Association of Petroleum Geologists’ Permian-focused Global Super Basins conference on Jan. 23, Schwarze recalled times during the 1980s and even as late as the early 2000s when people would look at all the acreage Chevron and its legacy companies had amassed in the basin since the 1920s and questioned why it was holding onto the land.

“There was a series of deliberate decisions. … It’s a very prolific basin,” Schwarze said after explaining the history of how Chevron inherited its valuable bounty and the significant firsts made there. These included using technologies such as CO2 injection in the 1960s, 3-D seismic in the ’80s and horizontal drilling in the ’90s to revitalize fields and boost recoveries. “We always knew that there was more to give from the Permian, but we didn’t quite know how.”

Fast-forward to third-quarter 2018, Chevron’s shale and tight production of 338,000 barrels per day, up 80% compared to a year earlier—prove the California-headquartered company has learned a lot about cracking the Permian Basin’s unconventional code.

The Permian remains one of the most active basins in the world. Some were willing to shell out as much as $95,000 per acre during the record-shattering September 2018 auction for acreage on the New Mexico side of the Permian. Matador Resources Co. (NYSE: MTDR), a smaller E&P company, was later revealed as the top bidder.

But larger international oil companies—such as Exxon Mobil Corp. (NYSE: XOM), BP (NYSE: BP) and Chevron among others—are also stepping up investments in the largest oil-producing field in the U.S.

Chevron said in December its upstream budget includes $3.6 billion for the Permian Basin and $1.6 billion for other shale and tight investments.

The company is already trending a full year ahead of guidance provided in March 2018, which called for 500,000 barrels of oil equivalent per day (boe/d) by year-end 2020, Barclays pointed out in a report earlier this month. As of the third quarter, the company was running 27 net rigs—including 20 operated—in the Permian.

Today, the company is benefiting from its large acreage position in the Permian Basin, which includes 1.7 million acres in unconventional areas, as it works to grow production to 650,000 boe/d by year-end 2022.

“We consider Chevron to have one of the best, if not the best, position in the Permian because of the amount of acres and where they sit,” Schwarze told conference attendees. “We stayed for the most part, and we didn’t have to buy back in.”

She added that the Permian Basin has been a proving ground for testing technology. Technologies such as CO2 floods, land seismic surveying and horizontal drilling were either started or perfected in the Permian Basin, Schwarze said, adding such technologies have spread to other parts of the world.

“We’re working to optimize and prioritize the very large number of well locations that we have and trying to create the maximum value from the position,” she said. “Our pace has been intentionally deliberate, allowing us to incorporate the learnings not only from our own activities but from industry activities across the basin.”

In the Permian Basin, operators have been tweaking completion recipes and lateral lengths to get the most value out of their wells.

“And we’ve been applying data analytics,” including data from its database of more than 20,500 wells, Schwarze added. “We have a manufacturing mindset using things like a multiwell pads and multistage hydraulic fracturing, building an efficient large-scale asset to generate strong returns.”

The company is also batch drilling and geosteering wells, achieving more than 90% in zone in the target benches, among other techniques.

With “all that you see not only an increase in IP, which is important, but an overall increase in EUR,” Schwarze said. “It’s really about optimizing everything we do and being more efficient with everything we do to get the best returns possible from all that money we’re investing. And it’s been paying off.”

Chevron is scheduled to release its fourth-quarter 2018 earnings Feb. 1.

Once managed individually by energy producers, the job of supplying, collecting and disposing of water is a rising cost, and has spawned a $34 billion a year business in the U.S. that has lured investors.