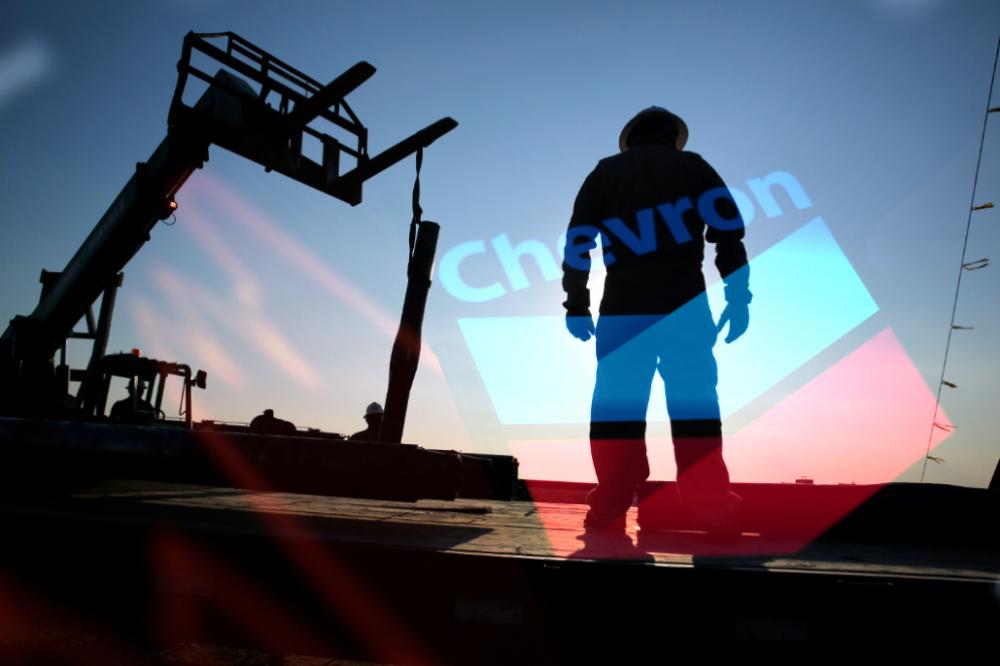 Biden's executive order to temporarily suspend oil and gas leasing on federal lands will not “get in our way anytime soon” in the Permian Basin, where about 10% of Chevron’s acreage is federal, CFO Pierre Breber said. (Source: Hart Energy; Image of Chevron logo by Walid Berrazeg / Shutterstock.com)

Oil companies are expected to benefit from a rebound in oil and gas prices after a one-two punch of falling demand and prices put the industry in a tailspin last year. But as Chevron’s final quarter of 2020 showed, pandemic-related travel restrictions continue to hammer fuel demand.

“We expect only a gradual recovery in the global economy,” said Chevron CEO Michael Wirth in a call with analysts. Its oil production this year will be flat to slightly higher on lower spending. Refining operations that generated losses in the fourth quarter should improve, he said.

Chevron was quick to respond to the downturn last year, cutting up to 15% of its global workforce, slashing new project outlays by more than a third, and pulling back on oil production goals. It used a relatively strong financial position to acquire Noble Energy for about $13 billion including debt.

U.S. President Joe Biden this week suspended oil and gas leasing on federal lands. Wirth said that if the policies become onerous, “We’ve got other places where we can take those dollars.”

The company is developing lower carbon technologies alongside new fossil fuel projects, he said, while cautioning a broad shift to renewable energy will take longer than some expect.

A dozen big oil producers got a jolt last week after debt rating firm S&P Global Ratings put them on watch for potential downgrades over profit challenges from renewables and lower oil prices.

Chevron is investing in carbon capture and storage and hydrogen projects, Wirth said, noting it will focus on new areas where it feels it has a competitive advantage.

The second-largest U.S. oil producer reported an adjusted loss of $11 million, or 1 cent per share, compared with a profit of $2.8 billion, or $1.49 per share, a year earlier. The net loss was $665 million including acquisition costs, the impact of foreign exchange and pension payouts.

Results missed analysts' expectations for a profit of 7 cents a share, according to data from Refinitiv IBES.

Improved oil and gas prices and a 6% increase in output from the Noble purchase boosted Chevron’s oil and gas earnings to $501 million, compared with a loss of $6.7 billion a year earlier.

The gain came as Chevron sold its oil for about $40/bbl, up from $39 in the prior quarter and down from $57 a year earlier.

The company’s refining and chemical business reported a fourth-quarter loss of $338 million compared with a profit of $672 million in the prior year. Fuel sales fell 11% from the year-ago period as COVID-19 travel restrictions continued to reduce demand.

Its closely watched cash flow from operations was $2.3 billion, short of covering the $2.5 billion dividend and $3.2 billion in capital spending for the period.

But the company generated more cash than expected considering the weakness in the fourth quarter, said Biraj Borkhataria, analyst with RBC Europe Ltd.

Chevron will operate five drilling rigs in the Permian shale basin this year, down from about 20 prior to the pandemic, and does not expect to boost activity there this year, Breber said. “We don’t think our shareholders want us to grow production in a world that has excess supplies,” Breber said in an interview.

As for Biden’s executive order to temporarily suspend oil and gas leasing on federal lands, Breber said that will not “get in our way anytime soon” in the Permian Basin, the top U.S. oil field, where about 10% of Chevron’s acreage is federal.

“We don’t agree that it’s good policy to be overly restrictive on federal lands,” he said. “If it continues we think that will push energy production outside the country.”

OMV said on Jan. 14 that the recoverable resource estimate of the find had increased to 440 million barrels (MMbbl) of oil, from 350 MMbbl previously, after drilling of an appraisal well at the site in 2017.