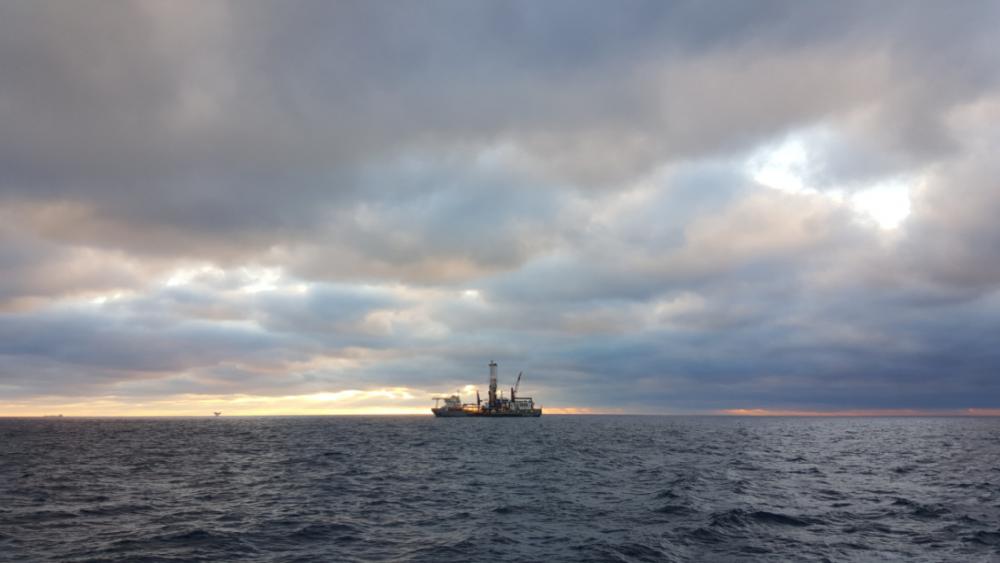 An oil rig operates in the Gulf of Mexico at sunset. (Source: The Houston Courant/Shutterstock.com)

A day after a federal judge vacated results of the latest U.S. Gulf of Mexico lease sale, offshore players and backers are expressing disappointment in defense of continued development of oil and gas resources.

“These are strong contributors to our portfolio and frankly, some of the lowest carbon intensity barrels that we produce,” Chevron Corp. CEO Mike Wirth told analysts Jan. 28. “So, we hope this is resolved in a manner that allows continued development and investment in the United States energy economy.”

In the Jan. 27 decision, U.S. District Court of the District of Columbia Judge Rudolph Contreras ruled to vacate the Bureau of Ocean Energy Management’s Lease Sale 257, giving the agency an opportunity to remedy its National Environmental Policy Act (NEPA) error. Environmental groups Friends of the Earth, Healthy Gulf, Sierra Club and the Center for Biological Diversity brought the suit against the federal government, claiming it did not accurately consider the environmental impacts of its decision to offer leases should the blocks be developed.

The lease sale, which occurred in November 2021, offered 15,100 blocks covering more than 80 million acres in the Gulf of Mexico. Of the blocks offered, more than 300 received bids. The sale generated nearly $192 million in high bids, including from Exxon Mobil Corp., BP and Chevron.

The San Ramon, Calif.-based company was the apparent high bidder on 34 blocks offered during the lease sale, placing just under $49 million in high bids.

Chevron is reviewing the judicial decision.

“We’re disappointed because these lease sales have been conducted successfully in the Gulf of Mexico for decades now and have resulted in us being one of the largest leaseholders out there with over 240 leases,” Wirth said. “It’s a strong part of our base business. It contributes to energy security in this country.”

The carbon intensity of Chevron’s production in the U.S. Gulf of Mexico was about 7 kilograms of CO2 per barrel in 2020, compared to a global company average of about 28 and a global average in the 40s for oil, Chevron executives have said.

Oil companies remain under pressure by investors and environmentalists among others to do their parts to address climate change.

Many of the world’s energy producers have already adjusted their strategies by pledging, for example, to end routine flaring, stepping up direct emissions reduction efforts and undertaking other energy efficiency and power projects. Some traditional oil and gas players are also teaming up with others in the energy sector on carbon capture and storage (CCS) projects or partnering with smaller startups looking to scale their proven technologies.

The push toward lower-carbon energy sources continues as demand for oil and gas remains and GoM projects push forward.

Wirth said first oil is expected from its Anchor development in 2024.

“The hull assembly is complete and commissioning is underway in Korea. We’ve begun drilling the first development well with a ship called the Deepwater Conqueror,” Wirth said. “This is a project that’s got an attractive cost and that’s even when you include some costs that are really one-time costs related to new technologies.”

Work is also progressing on the Shell-operated Whale and BP-operated Mad Dog 2 projects on which Chevron is a partner. Whale is on track for first oil in 2024, and Mad Dog 2 is expected to go online this year.

“Uncertainty around the future of the U.S. federal offshore leasing program may only strengthen the geopolitical influence of higher emitting—and adversarial—nations, such as Russia,” Milito said in a statement.

He added jobs, investment and infrastructure development suffer due to expansion of NEPA by the judiciary.

“It will be incumbent on the administration to defend responsible U.S. offshore production and to take the necessary steps, including the development of a new U.S. offshore oil and gas leasing program, to ensure continued leasing and energy production from the U.S. Gulf of Mexico, for the benefit of all Americans,” Milito said.

Frank Macchiarola, senior vice president of policy, economics and regulatory affairs for the American Petroleum Institute, also expressed disappointment and concern about the uncertainty the ruling brings for the future of U.S. energy.

“At a time when demand is outpacing supply and energy costs are a top concern for Americans, we should be encouraging the development of our domestic energy resources, not sending signals that disincentivize U.S. production,” Macchiarola said.