Semisubmersible platforms are very good candidates for hydrocarbon E&P in the Gulf of Mexico (GoM) and elsewhere. These platforms are a preferred choice for deepwater applications involving higher design throughput, as shown in the application chart of existing floating production facilities.

Spars and tension-leg platforms (TLPs) are currently used for wet tree and dry tree applications but have limitations in terms of water depth and/or payload. TLP application is limited by water depth, mainly due to cost of the tendon system, whereas spars have challenges like larger payload and high top-tensioned riser counts. The existing semisubmersibles in the GoM are all wet tree applications. A dry tree application of a semisubmersible provides the benefits of improved well control, direct vertical well access, easy access to production equipment, reduced capex and other dry tree benefits in addition to the benefits a semisubmersible platform has over spars and TLPs. There is an industrywide interest in mature dry tree semisubmersible designs that are cost-effective and safe like spars and TLPs. The Research Partnership to Secure Energy for America (RPSEA) has taken a lead role on these initiatives and has been funding multiple research projects directed toward this goal. 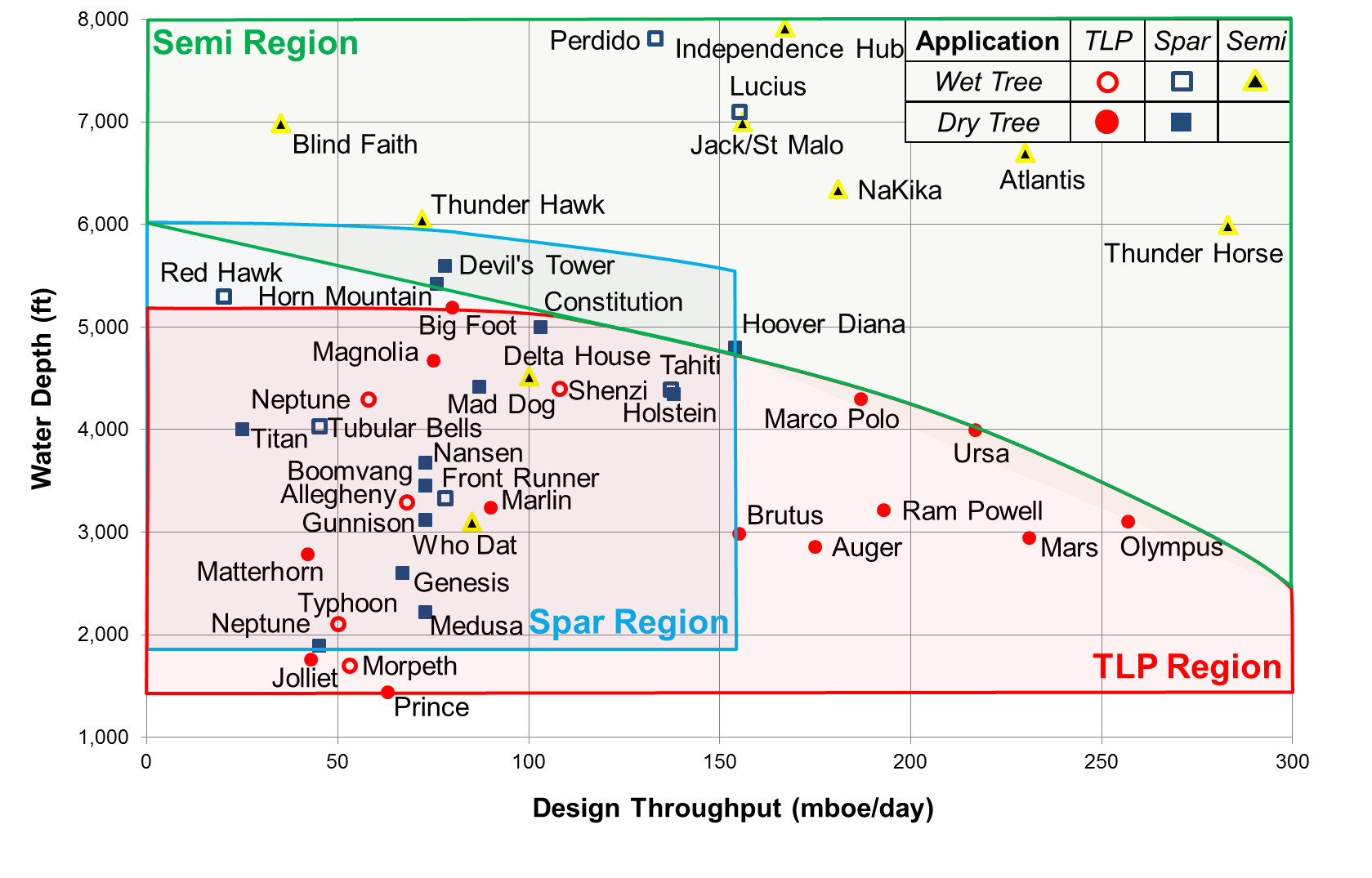 RPSEA started supporting dry tree development work with the RPSEA 1402 project executed during 2009 to 2011, which supported the paired-column semisubmersible development by Houston Offshore Engineering (HOE). Wave basin and wind tunnel tests were conducted during this study phase. DeepStar also funded a similar project in 2010 to 2012. It was concluded in the RPSEA and DeepStar studies that, for the same design throughput, the semisubmersible is a superior dry tree alternative to a spar.

The current VIM design practice relies heavily on model testing. Typically, a geometrically scaled (1:50 to 1:200) model is towed in a model test basin, and the transverse oscillation amplitudes are measured. To help with the experimental setup, mooring lines and risers are either simplified or not modeled at all. In addition, the external damping also is neglected. Tow runs are conducted for different headings, current speeds corresponding to different reduced velocities and multiple repeated runs to achieve statistically meaningful amplitude values. The test results (amplitude values) are directly used for mooring and riser design.

The VIM prediction methods based on traditional tow tank model tests neglect these factors. Among these factors, the scale effects and external damping effects are found to significantly impact the VIM performance prediction and need to be considered.

The aim of the ongoing RPSEA 5404 study is to improve the overall mooring system safety and riser system integrity by identifying and providing guidance on the design parameters of the semisubmersibles that have the most impact on their VIM response. The study uses both computational fluid dynamics (CFD) and model-testing to determine the sensitivity of the semisubmersible response to parametric changes in its geometry. In addition, the study also investigates the effects associated with Reynolds number scaling and the external damping due to the mooring and riser system. The study encompasses both four-column and multicolumn semisubmersibles (paired-column semisubmersible developed by HOE).

As part of the CFD analysis, three commercially available CFD software packages were validated with the model test data available from the prior project (RPSEA 4405). The validation analysis compared drag test results, free decay results and VIM results, all of which were very comparable with experimental data. This validation analysis helped to establish the meshing strategy, time-step selection, choice of appropriate turbulence models and other numerical aspects of the CFD simulation that are critical for producing efficient and accurate results.

The validated CFD software is used to study the hull form sensitivity on VIM performance, the scale effects and the damping effects. The flow separation points are different in model scale and full scale, which can cause a significant difference in the VIM behavior. The scale effects are different for circular and blunt bodies (square columns) and need to be addressed in full-scale CFD analysis to capture the correct physical phenomenon. The damping due to mooring lines and risers is found to be significant and cannot be neglected. It tends to reduce the VIM significantly and was captured in CFD analysis. In the next phase of the RPSEA 5404 project, the semisubmersible hull forms will be model-tested with and without external damping.

A CFD-based hybrid approach is more appropriate for VIM design of semisubmersibles rather than one based on simplified scaled model testing. The importance of CFD as a tool lies in its ability to be seamlessly integrated into the overall concept design. It has been proven that high-fidelity CFD can be used for accurate VIM predictions and can also account for the effects (scale, damping, etc.) that are typically ignored in tow tank testing.

CFD analysis can provide a detailed picture of the overall flow around the platform that is otherwise difficult to measure in a model scale experimental setup. In the proposed hybrid approach, a CFD parametric study based on the initial hull configuration will be conducted to predict the VIM behavior. The parametric study will include a series of CFD analyses addressing the effects due to scale, damping, current profile and nonlinear stiffness. Tow tank testing will be used to verify the model scale and damping results. VIM design curves from the verified CFD analyses can be used for final design.

The hybrid approach will help to overcome the drawbacks of the current design practice and to predict the semisubmersible VIM responses that are closer to reality. The guidelines prepared as part of the RPSEA 5404 project will serve as a good tool for this approach.

Majority funding for the RPSEA 5404 (Project No. 11121-5404-03) is provided through the “Ultra-Deepwater and Unconventional Natural Gas and Other Petroleum Resources Research and Development Program” authorized by the Energy Policy Act of 2005. RPSEA is under contract with the U.S. Department of Energy’s National Energy Technology Laboratory and has contracted Houston Offshore Engineering, an Atkins company, to manage the project.

The roughly €40 million (US$44 million) partnership covers a period of five years. 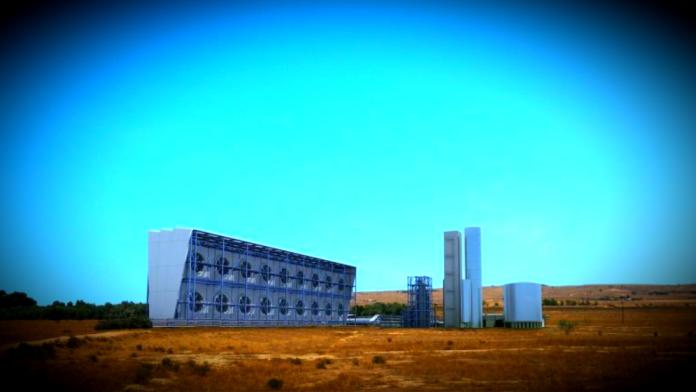 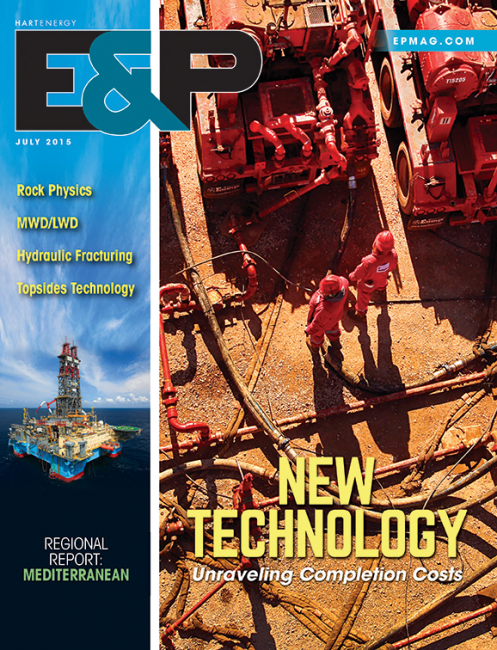