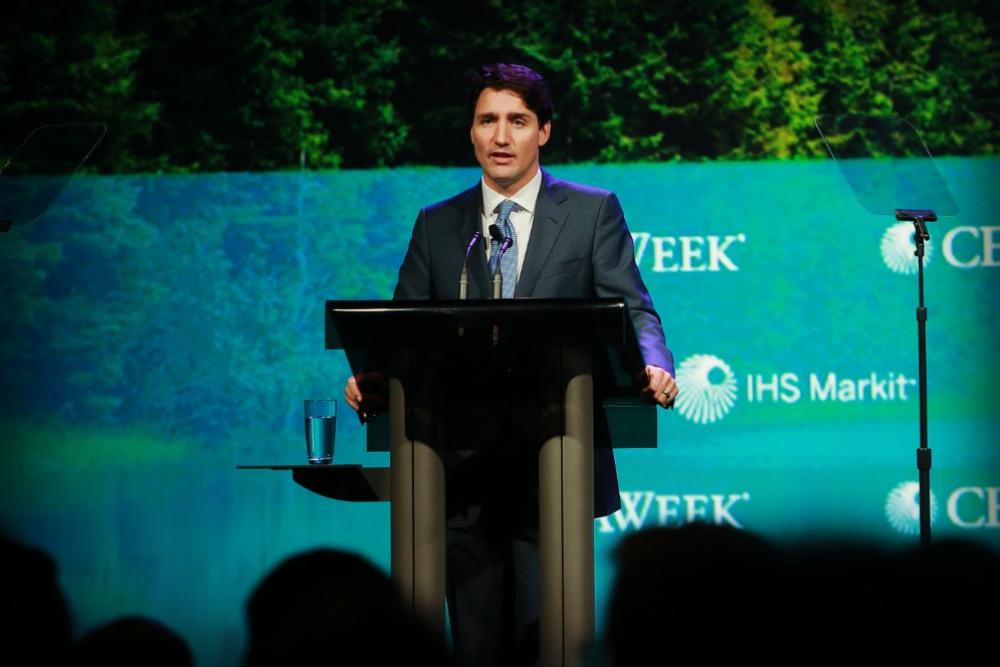 HOUSTON—With the third largest oil reserves in the world, Canadian Prime Minister Justin Trudeau knows his country’s natural resources are important not only to Canada, but also to its neighbor to the south.

"Nothing is more essential to the U .S. economy than access to a secure, reliable source of energy—Canada is that source,” Trudeau said during his keynote address at CERAWeek by IHS Markit on March 9.

At the conference, Trudeau was presented with the Global Energy and Environment Leadership Award, which recognized his promotion for the responsible and sustainable development of Canada’s energy resources.

“As I said on that first trip to the oil patch back in 2012—no country would find 173 billion barrels of oil and just leave it in the ground,” he said, also pointing out that Canada’s path to prosperity includes a “thriving, vibrant energy sector—both traditional and renewable.” 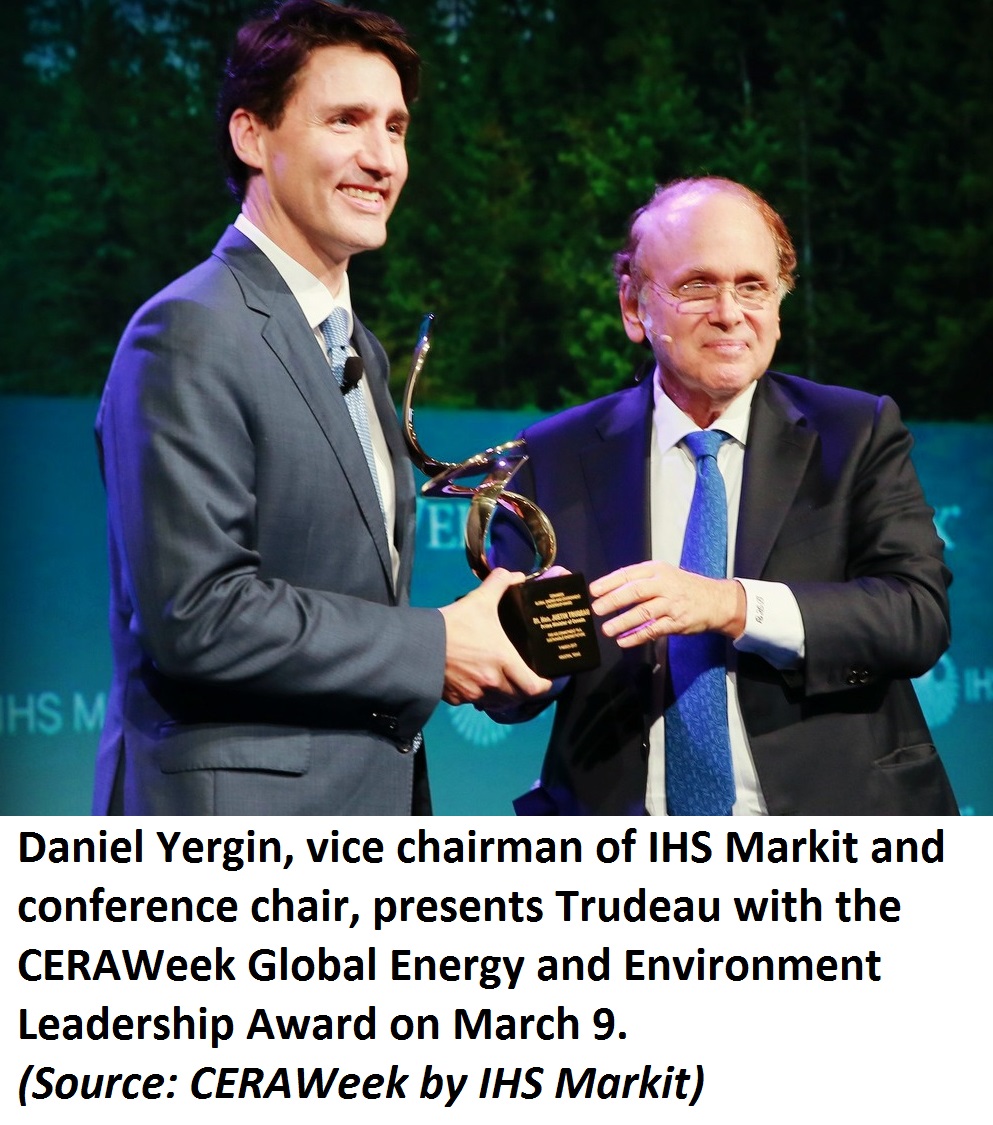 It wasn’t always so simple, though. Trudeau said his predecessors, including his father—Pierre Elliott Trudeau, prime minister from 1968 to 1984—tried a different route to “ignore the environment” with the National Energy Program. “It didn’t work,” he said.

“Our predecessors failed because, in the 21st Century, Canadians will not accept that we have to choose between a healthy planet and a strong economy,” he said. “People want both, and they can have both. It takes compromise. It takes hard work. But it is possible.”

Trudeau noted three pipeline projects currently underway that he’s proud of due to the progress it implies for Canada:

“These ambitious projects will go a long way towards ensuring North American energy security—for years to come,” he said.

Trudeau also emphasized that the ties between Canada and the U.S. are not only economic, but also strategic.

“This is the most successful economic relationship in the world, supporting millions of middle-class jobs on both sides of the border,” he said.

Canada provides more than 40% of America’s imported crude. In addition, Canada buys more from the U.S. than any other country.

“We are the number one customer of two-thirds of U.S. states, and in the top three for 48 states,” Trudeau said.

One of the strongest ties between the two countries is with the Lone Star State.

“That translates into thousands of good, Texan jobs, my friends. By our reckoning, about 460,000—not bad,” he said.

Trudeau also cited the acquisition of Houston-based Spectra Energy by Canada's Enbridge as a recent example of Canada’s partnership with Texas. The $28 billion merger, which closed in February, created one of the largest energy infrastructure companies.

While developing natural resources does benefit the global economy, Trudeau also pointed to the importance of looking to the future, insisting that environmental protection and resource development go hand-in-hand.