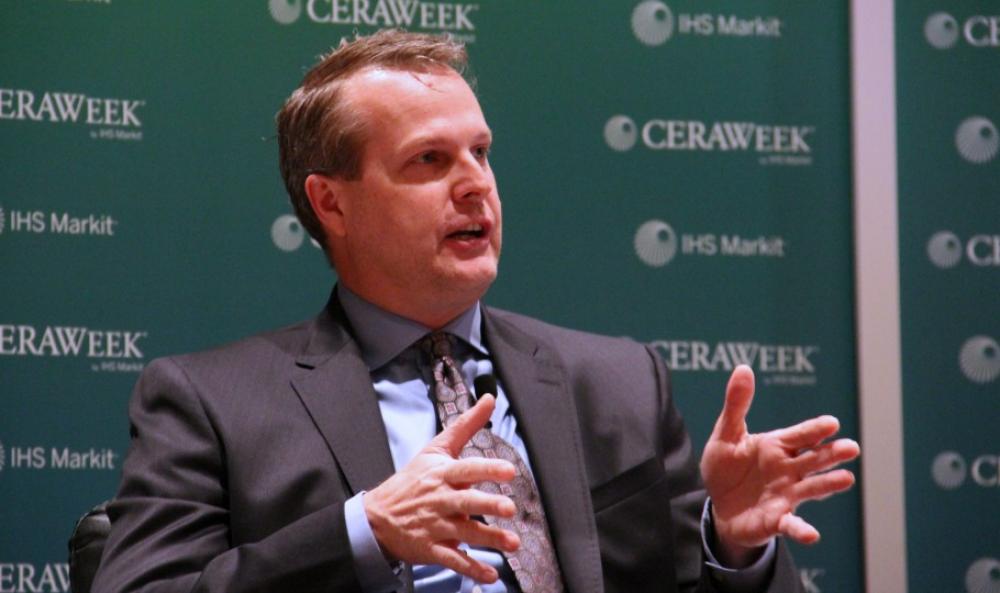 John Schultz, president of Direct Energy, at CERAWeek by IHS Markit: “The fundamental issue of today is one of infrastructure.”

HOUSTON—Demand for infrastructure continued to be the mantra of CERAWeek by IHS Markit at a March 8 panel on North American natural gas.

“The supply is there, you can develop the supply economically,” said John Schultz, president of Direct Energy. “The fundamental issue of today is one of infrastructure.”

Even with natural gas prices lingering at low levels, U.S. production remains on track to reach the range of 8 billion cubic feet per day (Bcf/d) to 12 Bcf/d in the next five years. And at today’s prices, gas is competitive with and sometimes advantageous to coal as a fuel source for electric power generation in many areas.

But moving those infrastructure projects along, especially where they are most needed, is challenging the industry.

A map of Appalachian producing areas tells the story. In the entire region, natural gas production rose by about 2 Bcf/d in 2016 but almost all of that growth was in the southwest Marcellus shale play.

Russell drew a comparison to the Permian Basin in Texas and New Mexico, an older basin now in the process of being redeveloped. Like the Marcellus and Utica with New England, the Permian is in close proximity to a large demand market in Mexico. Unlike the Northeast shales, the industry finds it much easier to develop infrastructure in the Permian.

“There have been several projects that have been canceled,” Russell said of Appalachia. “Certainly our partners on our system have adequate production that they would like to ramp up.”

While environmentalist opponents of oil and gas would like the hydrocarbons to stay in the ground, they won’t. The problem is that delays related to project opposition and regulations on the state and federal levels mean that the gas might not move where it should.

“If you think about where all that gas is going to go today because it’s trying to push in every direction,” said Schultz. “There are more than 20 expansion projects in just [Appalachia]. I think the most likely directions for gas to push in the future are west and south. Everything is primed to build East because that’s really the golden goose—if you can get gas to the East.”

But those are the toughest directions in which to map out a project and secure permitting. Schultz thinks projects are more likely to find success in other directions, for example, southbound to the Carolinas.

For Russell, a critical issue is storage. That stems from the increased reliability by utilities on renewable sources of energy, not just in terms of capacity but in deliverability.

“As you see the increase in renewables, frankly the storage aspect in the grid becomes more important because as clouds come in, as the wind stops blowing we will need storage to pick up where those renewables are falling off,” he said.

Producers are not sitting still on the sidelines. Blue Jenkins, chief commercial officer of EQT Corp. (NYSE: EQT), said the sector was aware of the challenge and ready to help.

“From a producer standpoint—the larger producers in the region, certainly ourselves included—we are actively doing what we can to support the infrastructure, but also, more importantly, the demand development in the region,” he said. “If it makes sense to site a power plant that is somewhere near our assets, we are willing to be creative to incent that demand to come.”