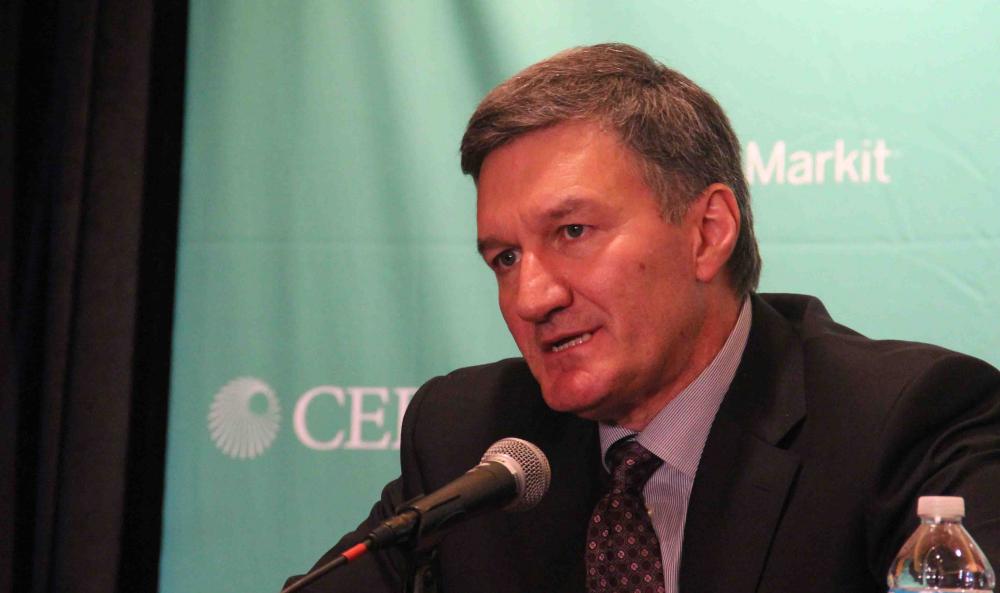 HOUSTON—The U.S. senator and the midstream CEO did not exactly break into a duet of the optimistic “Something’s Coming” from “West Side Story,” but they offered similar themes during CERAWeek’s opening dialogue on March 6 about the need for North American energy infrastructure. 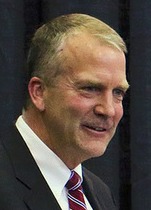 “America is clearly on the cusp of a major energy renaissance that can help revive our economy, create tens of thousands of jobs, spur a revitalization of manufacturing and enhance our national security,” said Sen. Dan Sullivan, R-Alaska.

“We are on the cusp of establishing a global leadership position and I say a cusp because the one thing that’s holding us back is what the senator referred to: creating timely access to markets,” he said. “It’s the biggest issue facing our industry today.”

Solutions offered by the two reflected their positions: Sullivan wants to introduce legislation and Monaco’s company focuses on grassroots consensus-building in communities affected by its projects.

Sullivan promised to soon introduce the Rebuild America Now Act, which will focus on streamlining the regulatory process to allow for what he terms an efficient, timely and certain permitting process. He discussed his idea in an opinion piece published in the Wall Street Journal in December.

“We need this,” Sullivan said during his appearance with Monaco and IHS Vice Chairman Dan Yergin. “We’ve never had a better chance to seize these game-changing opportunities for our country.”

Monaco cited regional and global price disparities that occur with insufficient pipeline capacity. He noted that the U.S. Northeast, despite its proximity to some of the largest gas plays in the country, continues to be the highest-priced gas and power market in the U.S.

But expanding capacity or reversing pipeline flows is not the problem.

“The real challenge is opposition to energy development and the main target of that opposition is now the transportation conduit,” Monaco said.

Concern about climate change and heightened environmental awareness has allowed a sophisticated environmental movement to slow the permitting process at the federal and state levels. That has introduced a dangerous level of unpredictability to the process that drives up the cost of equity capital.

“If we don’t get better at infrastructure, we’re going to miss capturing global export opportunities,” he said.

“Industry needs to up its game—not whining about what’s happening,” Monaco said. “We need to get better when it comes to developing and executing projects. For Enbridge, our focus and effort has very much tilted toward engaging local communities.”

He described a “life-cycle” approach in which the company talks to communities during the concept phase of development as opposed to after it has engineered the project. The consultations continue through the life of the asset to build and keep trust with the communities.

“You need to be able to take advice as a pipeline company these days from communities and make changes to the project that make it better,” he said.

“Industry and governments have got to support the independence of permitting agencies to do their job, applying their technical and scientific expertise,” he said. “You’ve got to return greater certainty and predictability in the permitting process to attract capital. If some reform is required in these agencies, then let’s get after that.” 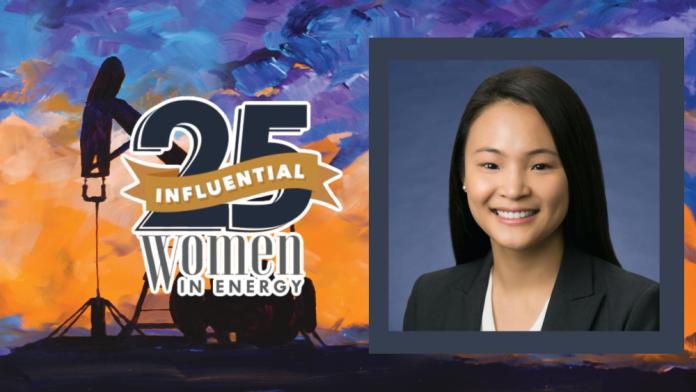 2022-07-12 - Today’s featured 25 Influential Women in Energy honoree is Sophia Friese, head of ESG at EnCap Investments LP based in Houston.