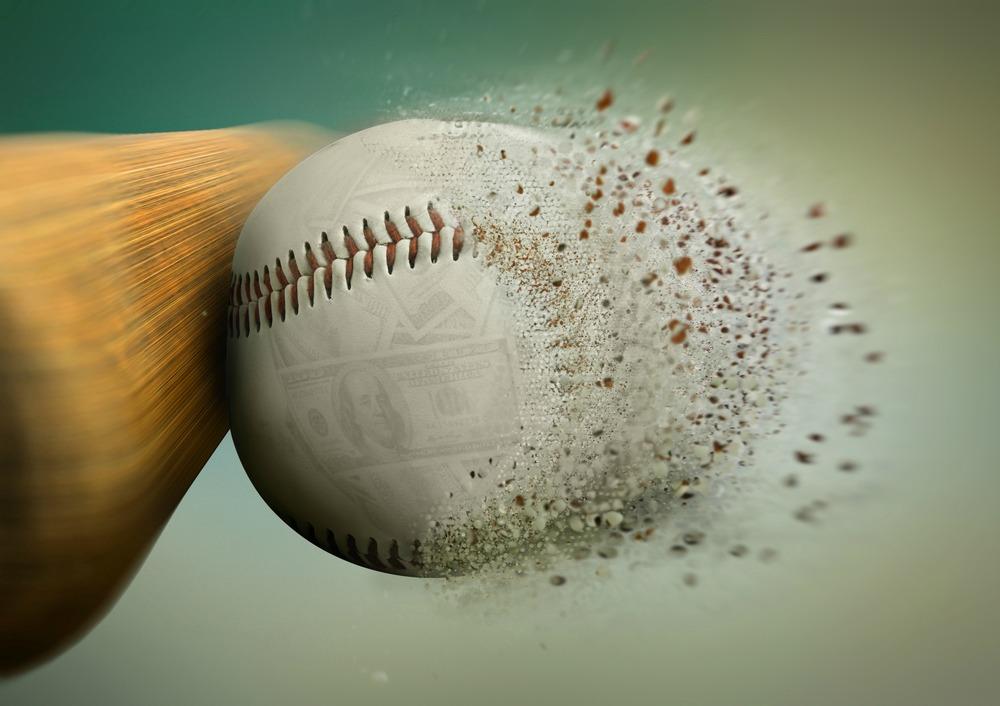 WPX said Feb. 9 that it would deal its Piceance assets to private equity backed Terra Energy Partners LLC for $910 million.

In less than six months, the company has turned more than $4.2 billion worth of deals, starting with the $2.75 billion acquisition of RKI Exploration & Production LLC’s Permian holdings.

The sale of its Piceance subsidiary WPX Energy Rocky Mountain LLC easily exceeded the company’s 2016 goal of up to $450 million in divestitures—the equivalent of winning the pennant in just 40 days.

Tudor, Pickering, Holt & Co. (TPH) said it was positive to see a deal done in the current commodity price environment and that it bodes well for other E&Ps looking to divest noncore producing assets. 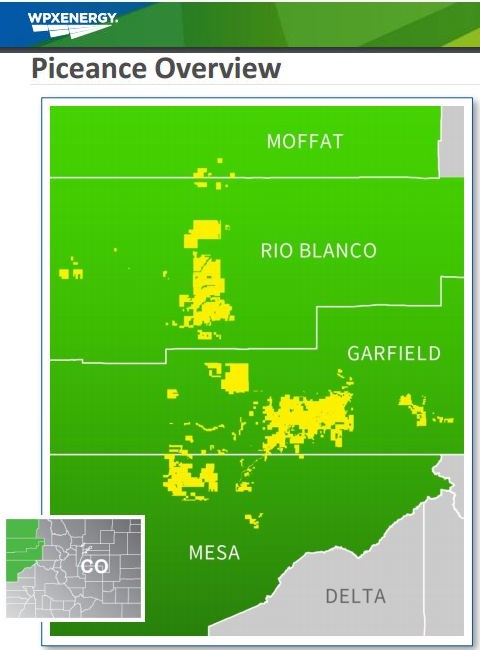 For WPX, as transactions close, proceeds should help ease concerns over the company’s leverage and motivate investors.

WPX said it has a variety of options for the Piceance proceeds beyond paying debt, including additional drilling, infrastructure investments to its Permian gathering system and buying out of any retained transportation obligations including obligations associated with Piceance operations.

“Our bias for action and being opportunistic won’t change,” said Rick Muncrief, president and CEO. “We will pursue our very best investment options and continually evaluate how to optimize our assets. We’ve created a balanced portfolio with an excellent runway for sustained value generation.”

As part of the deal, Houston’s Terra will assume about $100 million in transportation obligations in exchange for more than $90 million of WPX’s natural gas hedge value. WPX will retain more than $110 million in additional hedge gains.

Analysts generally lauded WPX’s deal, if not the sale price. 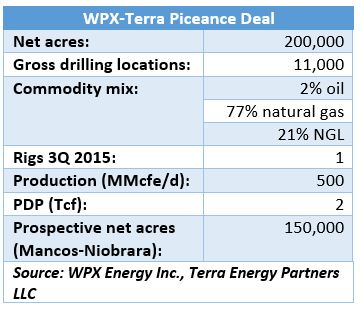 “While the $910 million might be below some expectations of about $1 billion and represent a low multiple on production, the good news is that WPX was able to get a divestiture done in the current challenging environment for the energy sector,” said Pearce Hammond, analyst for Simmons & Co. International.

The transaction will result in an 8% reduction in 2016 EBITDA while helping the balance sheet as the company reduces its $3.4 billion debt load.

“It also aids the company's transition to becoming a Permian and Bakken focused producer,” Hammond said.

Following the transaction, WPX expects oil to account for about 50% of future production, up from 20% in 2015. WPX said it expects its 2016 cash operating costs, such as lease operating expenses and taxes, to change materially following the divestiture. 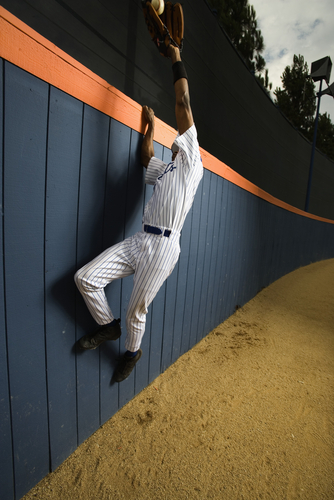 “With the previously announced divestiture of the San Juan gathering system, the bank line will be largely paid down,” Hammond said.

The company could apply proceeds from the Piceance divestiture toward its $332 million in outstanding debt due in 2017, he said.

WPX plans to announce its 2016 guidance and capital plan and 2015 financial and operations results on Feb. 25.

Seaport Global Securities LLC said Jan. 26 it expects management to minimize the gap between cash flow and its capex. Seaport predicted a budget of up to $500 million, likely allocating two to three rigs in the Delaware, one in the Bakken and one in the Gallup/San Juan. Production should reach 40 thousand barrels per day due to strong Delaware Basin performance.

Credit Suisse was exclusive financial adviser to WPX on the Piceance transaction.