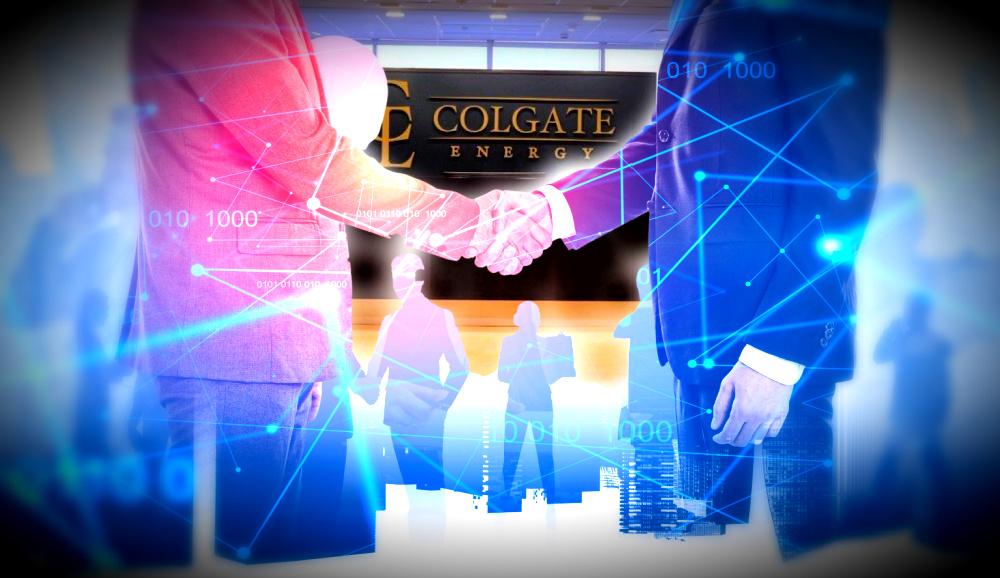 Colgate’s recent M&A tear, with a “string of pearls” acquisition strategy, formed an IPO-ready portfolio with assets in Reeves and Ward counties, Texas, and New Mexico’s Eddy and Lea counties. Whether the market is ready for an E&P to launch a public offering will now be a question answered by a company other than Colgate.

Daoud said in a May 19 report that the combined company would increase production 7%, to 145,000 boe/d by the fourth quarter that would further ratchet up next year. By third-quarter 2023, the company forecast 160,000 boe/d based on a drilling program of 140 wells per year.

“Management avoided communicating a capital plan associated with this program but from an operational standpoint the combined company aims to leverage efficiencies (CDEV spud-to-spud 14 days vs. Colgate’s 20) to achieve the plan with less activity than the current 7 rig/3 crew program,” Daoud said.

Based on cost, the combined company will target LOE and cash G&A below $7/boe compared to Centennial’s 2022 guidance of $7.05/boe.

Centennial will pay a premium price for Colgate relative to its own valuation, said Wells Fargo analyst Joseph McKay, in a May 19 report. Based on first-quarter 2022, Colgate’s hedged EBITDA multiples are 4.7x compared to Centennial’s 3.3x.

“We estimate the deal is moderately dilutive to our 2023 estimates” after dividends, FCF/EV and EV/EBITDAX, McKay said. “Valuation has been one of the headwinds to the CDEV narrative and the transaction likely stokes that argument.”

Cowen’s Daoud said Colgate’s $863 million in EBITDA (an annualized figure based on the first-quarter) Centennial’s $3.9 billion valuation suggested a 4.5x multiple. That compares to Centennial’s own 2.5x EV/EBITDA.

“From a production / NAV standpoint valuation appears more attractive as CDEV's PDP is worth about $50,000/flowing and assuming a similar production mix for Colgate the 70,000 boe/d implies ~$3.5B for current production vs. $3.9B paid,” Daoud said.

The purchase price suggests $400 million was allocated to the 130,000 net acres, “offering an attractive price to CDEV,” Daoud said.

The deal also adds to Centennial’s leverage. Wells Fargo estimated that, well productivity increases aside, yearend 2022, Wells Fargo anticipates a 1.0x leverage at strip, up from its previous estimate of 0.2x.

The absolute level of debt, however, appears more than manageable and shouldn’t be a concern for investors, McKay said. “The scaled entity offers a more compelling Shale 3.0 narrative, in our view—enhanced by the initiation of a $0.04/share quarterly dividend upon closing (~2% yield) that dovetails nicely with” Colgate’s share repurchase plan.

“That said,” McKay added, “We think the materially improved scale, asset quality and shareholder cash return outlook need to be put into context when evaluating the pro forma entity. While a premium to SMID-cap peers, the superior inventory depth and quality make a compelling argument, in our view.”

Centennial still looks to be paying a fair price at something less than $10,000/acre for Colgate’s high-quality position, said Andrew Dittmar, director at Enverus.

Of the smaller-sized Permian Basin names, Centennial was the obvious fit due to its acreage in the New Mexico and Texas footprint, its asset quality and a size favorable for a merger of equals. Centennial also enjoys a management structure amendable to handing the reins of the combined company to Will Hickey and James Walter, the Colgate CEOs, while current Centennial CEO Sean Smith will take the executive chair role, Dittmar said.

“The substantial operational and potential corporate-level synergies combined with a long inventory runway of 15+ years should drive a robust capital return program with the details yet to be announced,” he said. “The proforma company appears to be aiming for a return profile more in line with large-cap versus prior small-cap peers.”

Dittmar said the combination should create more attractive equity for investors based on the operational scale and return profile, although the announcement comes as the market cratered to end the May 16 trading week.

“We think this transaction is a sign of things to come, with a handful of privately help Permian operators increasing activity YTD, there is more opportunity for industry participants to create a better value proposition via combinations as opposed to standalone entities,” he said.