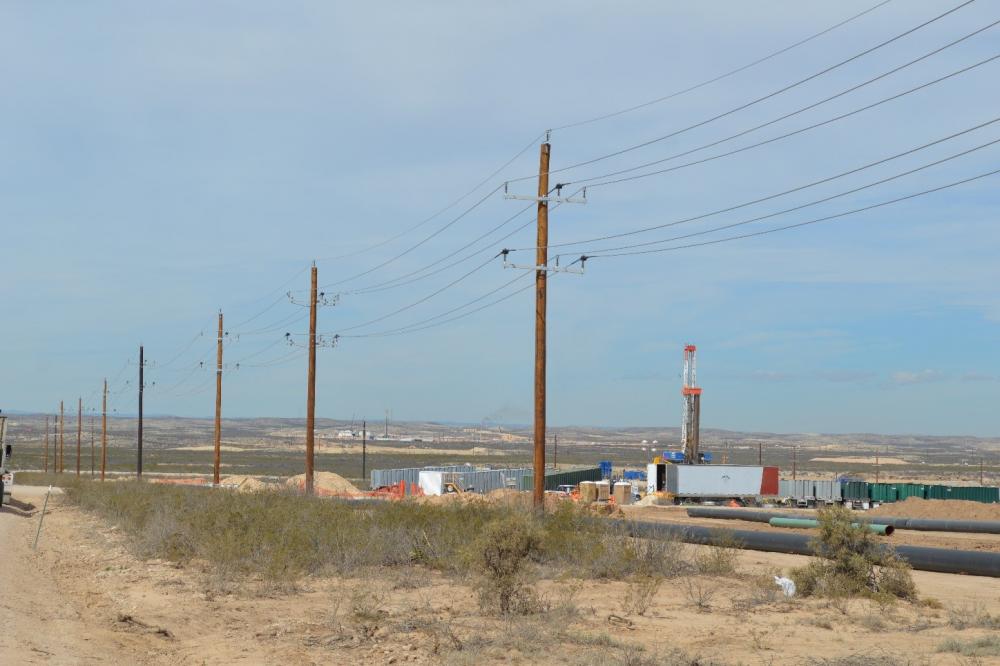 Oil and gas production and delivery to midstream refiners consumes significant amounts of energy in the form of onsite generation and utilization of equipment fueled primarily by diesel or natural gas. The costs associated with this energy routinely rank as a top LOE for operators. As producers look for options to reduce costs, energy-related LOE offers an opportunity for significant savings through conversion to electrical power or improvements to existing electrical infrastructure.

Reducing LOE can often be accomplished while achieving other benefits, such as reductions in greenhouse-gas (GHG) emissions, improved resiliency and all-around de-risking of operations.

This article explores the factors driving the shift to electrical energy sources, and key attributes of areas capturing the greatest value and benefits justifying electrical conversion can be identified.

The status quo of deploying temporary power options is often considered a cost of doing business. However, significant downward pressure on oil and gas markets challenges producers to think outside the box to reduce costs and improve the market’s perception of their environmental stewardship.

The oil field has changed significantly over the past decade. Horizontal well drilling and technology advances drive bigger well pads, requiring more water handling and central facilities, all resulting in increased energy consumption. Acreage positions are changing as companies work to consolidate their operations. Finally, public and investor demands have driven nearly every company to develop and publicly state a commitment to ESG principles.

Energy consumption and load density are huge drivers behind the economics of electrification. With concentrated and sustained loads, it becomes easier to justify long-term investment in the infrastructure required to distribute power. Nearly every piece of equipment used in oil and gas production is available in an electric option or is already electric powered by onsite generators fueled by diesel or natural gas.

With e-drilling and e-frac technology, electrification opportunities start early in the development process. Once a well is completed, electricity can be used to power well pads including EOR equipment such as electric submersible pumps (ESPs). As drilling techniques advance to include multiple wells per pad, and laterals increase in distance, power requirements steadily increase.

Data gathered from mid to large producers show a range of expected loads:

Understanding specific power requirements is key in establishing the right approach to electrification. Electric grid power has long been one of the most cost-effective sources of energy. The benefit of investing in existing electrical infrastructure upgrades and/or converting to electrically driven equipment is a value-added proposition that should be considered.

Across the industry, producers are making significant investments in electrical infrastructure. Though the primary justifications vary, the reasoning can be summarized into three major categories: ESG benefits/GHG reduction, resiliency/ de-risking and economics.

In addition to the tangible benefits of reduced environmental remediation costs and lower LOE, intangible benefits include the ability to attract investors and investment capital; GHG reduction supporting air permitting; operational efficiency; and added flexibility to develop and distribute power in the form of large-scale generation using field gas, renewables or other alternative power sources.

Resiliency/de-risking: Added operational resiliency and de-risking is an added benefit to converting to electrically driven systems. To achieve this result, the conditions required include

• A reliable power source is available or can be created;

• Producers have solutions for “behind-the-meter” infrastructure (versus a direct utility connection);

• Electrical infrastructure was built to a highly reliable standard; and

• Producers properly maintained electrical infrastructure and had a response plan for restoring power in the event of an outage.

The intangible benefits included an improved ability to deliver consistent quarterly results (many reported 98% or more reliability), an added ability to control the outcome when building electrical infrastructure behind the meter, and improved remote monitoring and control capability.

The tangible benefits included an improved reliability and life span of equipment, reduction in vibration-induced failures and reduction of production deferment.

Economics: In many—if not most—cases, the economics of electrification are very favorable.

To illustrate the potential for return on investment, consider the following analysis based on a case study completed in the Permian Basin for a greenfield development. The study evaluated the potential for cost savings by accelerating electrical infrastructure and eliminating the use of onsite rental natural gas generators. To determine these savings, a baseline power usage was established based on a forecast drilling and production schedule. To simplify the evaluation, an average power cost ($/ MW) was established for both onsite generators and the equivalent grid power. Once the raw power costs savings were calculated, the cost of electrical infrastructure required to electrify well pads and facilities was subtracted to determine the total potential savings.

In this example, the producer developed an electrical infrastructure solution for everything behind the utility’s primary meter entrance. Utilities bill customers based on both consumption of power and rate tariff schedules. In many cases, large power users that develop their own infrastructure to connect to the grid capture additional savings related to their electric rates.

Using conservative assumptions, the study showed the potential for 40% or more savings over a period of three years when connecting to electrical power.

The tangible benefits included decreased maintenance costs based on a reduced number of diesel/ natural gas-consuming engines and the simplicity of electric motor maintenance; grid power cost discounts (based on usage and infrastructure); and reduced cost of power (onsite generation versus grid power).

To determine the opportunity, a detailed study is required to understand specific load requirements, identify potential power source(s) and develop an electrical infrastructure plan to connect the load with the source. To get started, consider basin, load, power source and acreage position.

Basin: An electrification strategy shouldn’t be the same for all regions. Evaluate the basin. What electrical infrastructure exists? Is the existing infrastructure adequate? How much power is required to produce and deliver oil and gas? The business case for electrification exists in many scenarios, but solutions vary dramatically.

Load: Start by identifying the facilities to convert or build utilizing electrical power. Develop a load list with the peak demand and sustained energy requirements. Generally, the larger and more sustainable the load, the greater the potential for long-term savings using electrical infrastructure.

Power source: A good starting point is to identify nearby electrical infrastructure such as substations, high-voltage transmission lines and an adequate distribution system. The farther away, the higher the cost in developing electrical infrastructure. Although proximity is a material consideration, it does not necessarily dictate the outcome of project economics nor does it mean there are not other electrification options to consider (such as a microgrid). Keep in mind, even with electrical infrastructure nearby, there may not be adequate capacity available. A grid study is required to identify interconnection potential and may result in a list of utility upgrades required to support the new load(s).

There is a lot more to electrification than pure economics. When considering an approach, identify the overall key drivers supporting the need for alternative power solutions, such as reliability, GHG reduction/ESG and long-term planning. The ideal candidate for electrification likely includes some combination of ESG, contiguous acreage positions, load consisting of wells and facilities with wells utilizing long-term power, and an identified need to improve resiliency of the system.

What are the traps?

Electrical power is not typically a core business focus for producers. As a result, electrical infrastructure often goes unnoticed until there is a significant event or disruption to the system.

To maximize the benefit, users must do it right, especially when choosing to own, operate or outsource a distribution system behind the primary meter entrance. Some common pitfalls include inexperience and the inability to properly plan and layout the system, failure to properly design electrical infrastructure and improper maintenance.

To avoid the traps and realize the full benefit(s) of electrification, engage the right team to properly plan, design, construct, operate and maintain the system.

2022-07-27 - Hess looks to further boost its production in the Bakken shale play and offshore Guyana in the second half of 2022 while also increasing its dividend and share repurchases.

2022-09-06 - Capricorn says it is in talks with other potential partners, following investor resistance to Tullow deal.