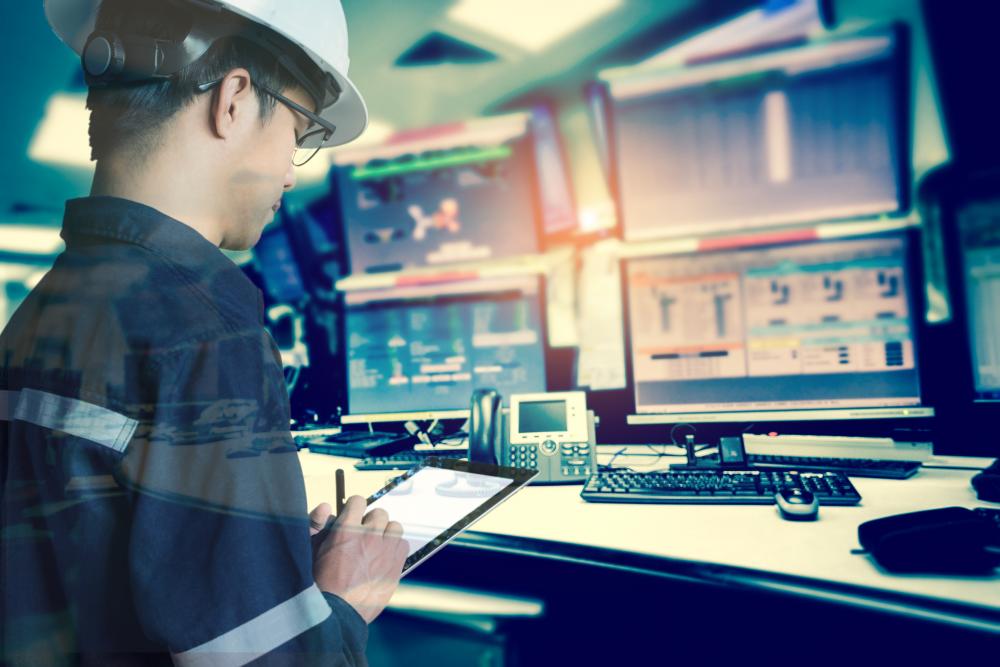 A modern DCS provides a single control platform to improve productivity and efficiencies across all operations. (Source: ViblyPhoto/Shutterstock.com)

It’s a truth that has passed the test of time in oil and gas operations: a company is only as good as its workers. Even today, with more information and greater automation, success still hinges on veteran operators, the ones who have a detailed understanding of a company’s process and seemingly always make the right decision, whatever the situation.

But what happens when these MVPs of the oil field retire? The less experienced workers who take their place likely will not have near the same level of knowledge, and a company cannot afford to spend months, and even years, rebuilding it.

With a modern distributed control system (DCS), a company’s new operators can become virtually as effective as its best operators in mere weeks. A modern DCS is information-enabled and seamlessly connects all aspects of a company’s operations, arming operators with clear, actionable information. It can help guide them through operating problems in real time. As a result, managers can have greater confidence that even their newest operators will soon be among their best workers.

Empower all workers
By guiding operators’ decisions, a modern DCS can reduce a company’s operational reliance on workers who have accumulated vast “tribal knowledge” over the years. It also can reduce the time it takes for new workers to get up to speed on their jobs. This could prove critical for managing the turnover of millennials who may only stay in one job for a few years, not a few decades.

So, how exactly does a modern DCS do this? It uses a high-performance human-machine interface that provides critical information to workers and guides them to the right decisions during production and maintenance. This involves using a combination of situational awareness techniques and screen graphics that enhance an operator’s focus and response time. By guiding operators and avoiding nonessential data that can distract them, a modern DCS improves process visibility, decision-making and safety, and these capabilities can benefit experienced workers just as much as they do new workers if the information is limited in a company’s operations.

Consider the case of one pipeline operator. The company deployed a modern DCS at one of its compressor stations to replace an older control system that lacked data-driven visibility. The DCS has pervasive access to engine operation data. Now operators have vastly improved asset visibility and production information. This is helping them respond faster to operational, maintenance and flow-control issues.

As one of the company’s instrumentation and electronics specialists put it, “We’re trying to optimize every operational aspect in real time that contributes to improved uptime, efficiency and profitability.”

Reduce alarm burdens
Sometimes it can seem like alarms create more problems than they solve. Legacy alarm systems, in particular, can generate distracting nuisance alarms. They also often lack historical information. This can make it hard for workers, especially novice ones, to figure out the
root cause of an alarm quickly and effectively.

A modern DCS, however, rationalizes alarms in the company’s operations to reduce nuisance alarms and make remaining alarms actionable. The result? As alarms occur, operators are guided by the DCS to immediately know what they need to do and how urgently they need to perform these actions. This cuts troubleshooting time and costs, which ultimately reduces downtime and lost production as well as reduces safety incidents.

For example, one gas-processing plant’s legacy alarm system frequently triggered nuisance alarms. It also lacked clear documentation to help operators find the cause of alarms, which led to guesswork and precious time spent on troubleshooting instead of other valueadded
tasks.

After implementing a modern DCS, the team identified alarms that didn’t need to be included in the system. They reduced the total number of alarms by about one-third and rationalized those remaining. Now operators can quickly see if alarms are critical or low priority. The DCS also stores the sequence of events leading to an alarm to help workers understand the root cause of issues faster and eliminate guesswork.

Get ahead of downtime
Oil and gas operations are being flooded with smart devices in the hopes of improving asset reliability and reducing downtime. These goals are achievable but only if a company can turn the raw device data into clear, actionable information.

A modern DCS turns diagnostic and performance data into actionable information. Operators use this information to see if an equipment unit or production unit is nearing failure and can even track when those failures are most likely to occur. Then they prioritize when assets need to be serviced or replaced and schedule that work during planned maintenance windows before unexpected downtime occurs.

When one gas transmission company replaced the control system across its pipelines with a modern DCS, better information was one of its goals. The company’s legacy system didn’t provide the information needed to optimize operations proactively. The new DCS has changed that, allowing monitoring, reporting and data recording for immediate and future access. The DCS also can share information across facilities and up to the executive level.

Now, with this information-enabled system, workers are making more educated decisions based on realtime and historical operations data. For example, the company’s engineering team is using new insights into its engine operations to conduct more active and ongoing preventive maintenance. As a result, the company saved about $2.3 million from reduced maintenance costs and downtime in just one year.

An easy decision
If a company is building a new gas processing plant or replacing a control system that’s nearing obsolescence, there is reason enough to use a modern DCS. It provides a single control platform to improve productivity and efficiencies across all operations, scalability to grow with production demands and real-time information to improve decision-making across roles. But a modern DCS becomes even more valuable when it can fill the knowledge gap of newer workers and elevate the performance of all workers.

2022-06-23 - “If this minus becomes so big that the companies can’t bear it anymore and they fall down, the whole market threatens to fall down at some point—so a Lehman Brothers effect in the energy system,” German Economy Minister Robert Habeck warned.

US Authorities Make Checks on Oil Tanker Arriving from Russia

2022-06-28 - The Vitol-chartered vessel was shipping intermediate oil products including vacuum gasoil and fuel oil from Russia’s Taman port to New Orleans last week, according to a trading source and shipping data.

2022-06-29 - "We have begun talks with India about how a price cap would work and what the implications would be," White House national security adviser Jake Sullivan said.