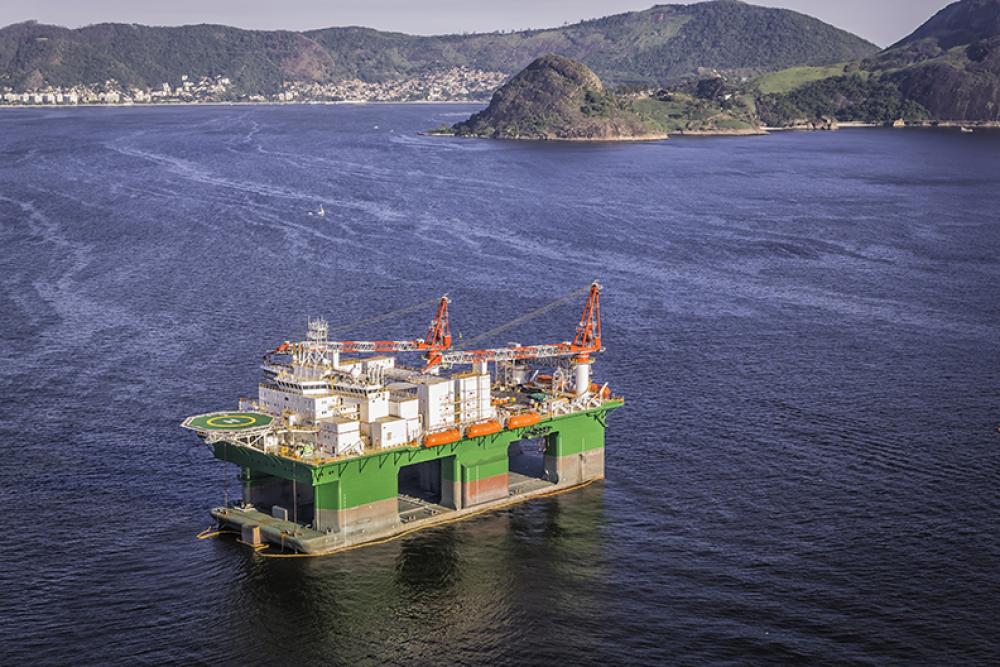 The money will come from bonuses to be paid by oil companies that secure exploration rights for areas that will be auctioned this year. “In fact, this amount of money can be even higher, whereas some companies can offer more than that,” Filho said while speaking during the inauguration ceremony Jan. 12 for Decio Oddone, the new general director for the National Agency of Petroleum, Gas and Biofuels.

Brazil’s government is working hard to attract foreign companies to the bid rounds after its latest round, held in 2015, flopped. Only 14% of 266 blocks offered were acquired, and major companies including Petrobras did not show interest in the fields. Strict local content rules, Petrobras’ corruption scandals and low oil prices were to blame.

“We cannot repeat the failure we had in the latest round. We are working to solve all the problems we are facing now,” Filho said. “We are expecting that the auctions will be a great success this year and then we can establish a steady auctions calendar.”

Brazil’s first auction for 2017, which is scheduled for May, will offer onshore areas for bid. Expected to attract smaller oil companies, the onshore blocks are part of marginal accumulation areas located mainly in northeast Brazil’s Espírito Santo, Reconcavo and Potiguar basins.

The auction for presalt areas, which are expected to produce at least $1 billion in government revenue, will be held by the end of the third quarter. The government will auction presalt blocks in the Santos and Campos basins, both located off Brazil’s southeast coast.

The Santos Basin areas include:

The Campos Basin areas include:

Although the presalt round will be under the country’s new legal framework, state-owned oil company Petrobras may choose its participation percentage. However, Petrobras has not announced its strategy, but said it will participate in the second presalt bid.

The post-salt auction, which includes areas where several major oil companies are already located, is scheduled for September. Brazil’s government announced that it will license 291 exploratory blocks, 10 of them located in ultra-deep waters in the Campos Basin and with a high exploratory potential. These blocks will be distributed in 29 sectors from nine sedimentary basins along Brazil’s coast.

“The current recession [in Brazil] left millions of Brazilians without jobs. We must resume our economic growth in order to create jobs and income,” Oddone said. “We are committed to attracting foreign investments, stimulating and making our rules more simple for companies, as well as keeping a permanent dialogue with them.”

APX Energy LLC retained EnergyNet for the sale of a package of nonoperated working interest plus proved undeveloped locations in Illinois and Indiana through a sealed-bid offering closing Dec. 9.