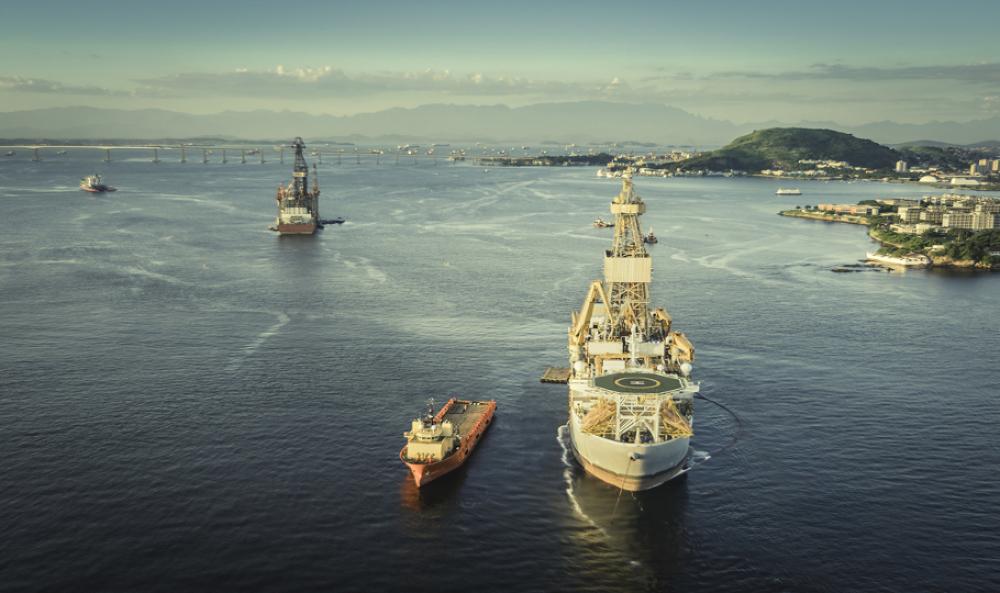 RIO DE JANIERO—Brazil’s government released on April 11 a calendar of licensing rounds through 2019, offering up interest in onshore, presalt and post-salt fields.

The presalt Santos Basin, off Brazil’s southeast coast, is expected to attract great interest from the majors. According to Brazil’s Energy Ministry, of the 14 presalt fields to be auctioned during the next two years, 10 are located in the 350-sq-km Santos Basin. The figure adds to the basin’s potential to surpass Campos Basin as Brazil’s most productive offshore basin. Currently, Campos Basin accounts for 55% of Brazil’s oil output, compared to Santos Basin’s 35%. However, this scenario is quickly changing.

“Campos Basin will continue to be an important area for offshore activities. Yet, due to high oil well productivity, Santos Basin will be Brazil’s most productive basin very soon,” said Glauco Nader, an oil and gas specialist at Dynamus, a Brazilian consultancy company. “The high oil production in the area is attracting oil companies. Even Petrobras is focusing its investments there.”

Numbers prove this new trend. Of the 10 highest-producing wells in Brazil, nine are located in the Santos Basin, and the significant volume produced per well in the Santos Basin presalt far exceeds the industry’s average. The most productive is in the Lula Field, with an average daily flow of 36,000 barrels of oil per day. The Lula presalt field, which was discovered in 2015, is estimated to have between 5 and 8 billion of barrels of recoverable oil.

That performance has drawn attention by other operators that want to increase their portfolio. They see Santos Basin’s presalt fields as a good business opportunity. Companies such as Statoil, Galp and Total are already operating in the Santos Basin, and they have announced they might participate in future presalt licensing rounds.

ExxonMobil, one of the few oil majors without a presalt presence in Brazil, may enter the presalt club. Recently, the U.S. major announced great interest in becoming a partner of Petrobras in ultradeep waters.

”Considering movements toward a strategic partnership, we have nothing concrete with Exxon, but they have certainly expressed strong interest in the Brazilian presalt exploration,” Petrobras CEO Pedro Parente told reporters after a conference in Rio de Janeiro.

Oil companies have been calling for additional licensing rounds in Brazil for years. According to the Brazilian Institute of Petroleum, a calendar helps the industry to organize its investments in the long term.

“With these new changes made by the government, we hope that oil companies have enough time to approve their budgets. The calendar will boost job creation, seismic and R&D activities,” Brazil’s Minister José Coelho Filho said. “Companies are going to study the areas to be offered between 2017and 2019. I am sure that the calendar will give a new dynamism for the oil and gas industry.”