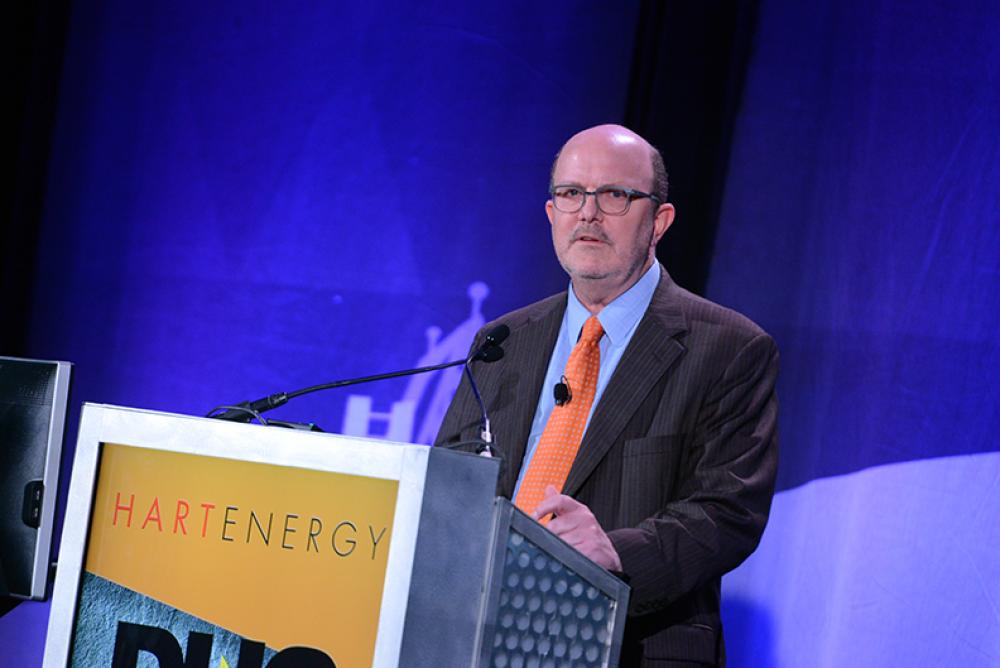 SHREVEPORT, La.—BP (NYSE: BP) has leveraged its lessons learned from early entry into the Haynesville Shale to be among the play’s most successful producers, according to Doug Johnson, senior vice president, Lower 48, East and Midcontinent (West) Development for BP.

Johnson shared an update of BP Lower 48’s operations in the Haynesville Shale at Hart Energy’s inaugural DUG Haynesville Conference and Exhibition. Johnson said BP plans to bring online 25 more Haynesville shale wells this year and continue to grow its acreage footprint in the East Texas region of the play, where it holds 1.4 million acres.

“As we get into 2018, and looking forward, we’re going to continue to do what we’ve already proven to ourselves what we can do,” he said.

BP’s strategy in the Haynesville has been to co-develop both the Haynesville and Bossier reservoirs on a single pad, and to among the deepest depths in the shale world—up to 16,000 ft (4,876 m) TVD—and with laterals that average about 7,500 ft (2,286 m).

The company’s well completions average about 2,500 pound per foot, but Johnson said BP will be trialing larger stimulations. BP’s pattern of development in the Haynesville Shale is drill several wells in sequence, he said.

“We drill, we complete, and for those reasons—while it may extend the cycle time—in part we generate greater fracture efficiency, greater stimulated reservoir volume, and by bringing all these wells on simultaneously we don’t come back later in time and have to shut in for offset frack mitigation.”

According to Johnson, BP’s wells have performed favorably compared to many of the play’s other operators. One of BP’s Southern Haynesville wells averaged over 16 million cubic feet per day (MMcf/d) over its 14 months.

Johnson cited BP’s choke management plan as a large reason for the company’s success in the Haynesville region, which may be more conservative than other operators.

“When you look at the result of our wells—a lot of the performance data is beginning to hit the public domain—you can say that our IP 180 is the same as our IP 30, and our IP 210 is approaching the same as the IP 30,” he said. “These wells, the way we build them, the way we complete them, the way we manage them post-completion, they hold a substantive rate for a long period of time. Essentially we’re producing three-fourths of the EUR in the first five to six years.”

BP made its entry into the Haynesville Shale in 2016, when the company began with three wells producing about 40 MMcf/d by the end of the year.

“We needed to prove to ourselves that we knew the rock was there,” Johnson said. “We’d done enough leading work to understand that, and we’re not the first drillers down there—others had been down there in the past. So, we had a good understanding that the reservoir quality was there, we just needed to prove to ourselves that we could drill and complete even a modest number of wells.”

By 2017, BP scaled up its operations with six rigs and 20 wells producing about 256 MMcf/d, while also expanding its acreage by three-fold.

“Our strategy is prove it, find what works, bolt on, add to at a low cost and at a higher net revenue interest,” Johnson said.