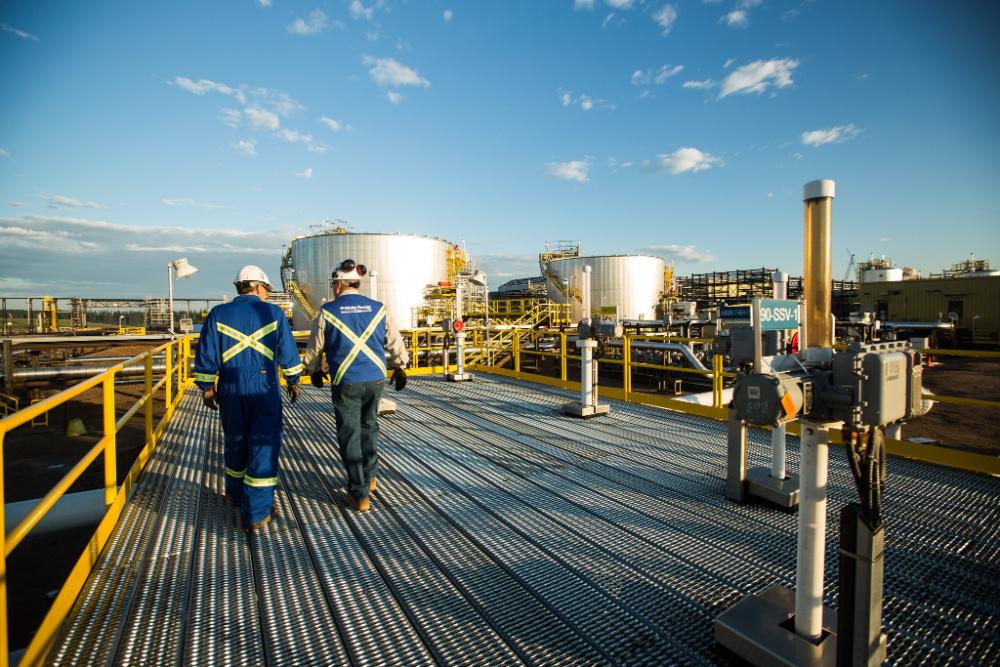 BP Plc agreed on June 13 to exit the Canadian oil sands in an asset swap with Cenovus Energy Inc. potentially worth up to CA$1.2 billion.

“This is an important step in our plans to create a more focused, resilient and competitive business in Canada,” Starlee Sykes, BP senior vice president, Gulf of Mexico and Canada, commented in a company release.

On June 13, BP said it will sell its 50% nonoperated interest in the Sunrise oil sands project in an agreement reached with Calgary, Alberta-based Cenovus Energy.

Total consideration for the transaction includes CA$600 million in cash, a contingent payment with a maximum aggregate value of CA$600 million expiring after two years, and Cenovus’s 35% position in the undeveloped Bay du Nord project offshore Newfoundland and Labrador.

“Bay du Nord will add sizeable acreage and a discovered resource to our existing portfolio offshore Newfoundland and Labrador,” Sykes added. “Along with BP’s active Canadian marketing and trading business, this will position BP Canada for strong future growth.”

BP currently holds an interest in six exploration licenses in the offshore Eastern Newfoundland Region. The swap transaction has an effective date of May 1, and is anticipated to close in the third quarter.

Analysts with Tudor, Pickering, Holt & Co. (TPH) noted the swap transaction with Cenvous gives BP an additional six exploration licenses in the eastern Newfoundland region in the Orphan Basin where an exploration well called Ephesus is planned for 2023.

On strip pricing, Murphy said TPH carried a NAV of roughly CA$3.3B for Cenovus’s 50% operated interest in the project.

Current production from the Sunrise Oil Sands asset is approximately 50,000 bbl/d. The company expects to achieve nameplate capacity of 60,000 bbls/d through a multiyear development program.

Cenovus is now in the early stages of applying its oil sands operating model at the Sunrise Oil Sands asset, according to a June 13 release.

“Acquiring the remaining working interest in Sunrise enables us to fully benefit from the significant optimization opportunities available,” Alex Pourbaix, Cenovus’ president and CEO, commented in the release.

Cenovus’s corporate guidance dated April 26 does not reflect this acquisition. The company plans to update guidance with its second quarter results in July.