California’s plan to ban the sale of new gasoline-powered cars and light trucks by 2035 may be a bold move to slow climate change.

Ernie Miller calls it “kind of nonsensical, especially if you stand up my 15-year-old Chevy Tahoe running on renewable gasoline next to a brand-new electric vehicle.” Describing the Tahoe as a less carbon-intensive proposition, the co-founder and CEO of Bluescape Clean Fuels told Hart Energy that the renewable fuels opportunity—especially renewable gasoline—is huge.

“Think of all of the infrastructure that’s in place that makes gasoline so readily available. Our gasoline is chemically no different than any other gasoline,” Miller said before turning to the approximately 280 million cars on U.S. roads and about 145,000 gas stations. “All of that can participate meaningfully in decarbonizing the transportation fuels sector, and it can happen with zero change in consumer behavior and zero incremental infrastructure investment.” 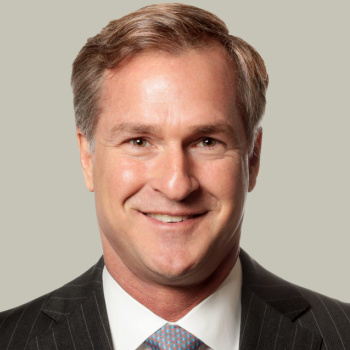 “The increasing access to capital is really the critical thing for the renewable space broadly to be able to really grow.”—Ernie Miller, Bluescape Clean Fuels

When the transaction closes, expected in first-quarter 2023, the combined company will become Verde Clean Fuels and be publicly listed on NASDAQ, trading under the symbol VGAS, according to a news release. Blank-check company CENAQ has until Nov. 16 to complete its initial business combination.

Bluescape has been around since 2007, focused on projects that convert natural gas to gasoline. Nowadays, however, the company is more focused on renewable fuels, turning syngas into gasoline using renewable feedstocks such as biomass and municipal solid waste.

“We have a pipeline of projects that require a very large financing capacity. We’d be better able to accomplish that in the public markets than we would as a private LLC,” Miller said, explaining why now was the best time to go public. “It’s all about access to capital.”

Waste-based biofuels like renewable gasoline could play an important role in the transition to lower-carbon fuels.

A report released in August by Wood Mackenzie stated that biofuels account for only 3% of today’s 100 million bbl/d liquid fuel demand, but an additional 20 MMbbl/d could be added by 2050 as developing new technologies drive biofuel production from waste. The energy consultancy called waste-based biofuels a potential “game changer for the energy transition.”

Bluescape’s patented process produces gasoline from Renewable Fuel Standard (RFS) compliant renewable feedstocks. The company has in development a 7 million gallon per year facility at a Waste Management Inc. landfill site in Arizona among other facilities in initial stages of development across the U.S., according to CENAQ.

These include a scaled production unit in New Jersey where Miller said the company has been able to demonstrate and de-risk its proprietary process that takes syngas to methanol to gasoline using non-proprietary, readily available catalysts.

“Our gasoline is about two-thirds less carbon intensive than regular petroleum-based gasoline. We have about a 67% reduction in carbon intensity,” Miller said, cautioning that carbon intensity is site specific. To calculate the carbon intensity of its commercial project being built near Phoenix, he said, “you take into account the electric grid that you’re connected to and all of the carbon inputs and outputs of your process.”

Part of the mix

While there are some limitations on what renewable fuel producers like Bluescape can do within the limits of RFS-compliant feedstock, Miller said the amount of cellulosic renewable material available could fuel the country into the foreseeable future. He sees the same opportunity for Europe where energy security concerns have heightened.

Besides renewable gasoline, Miller also sees opportunity for growth in flared and stranded gas—another area in which the company has been working.

“The opportunity for us there is to go where gas has as little or no value and where refined products are typically imported, subsidized, scarce and expensive, and turn that zero-value natural gas into very high-value gasoline,” Miller said, eyeing Mexico.

The country, which has insufficient refining capacity, has lots of natural gas that could be turned into gasoline. “That situation exists all over the world,” he said. “We have an opportunity to really be disruptive in those markets and allow countries and markets to make use of the resources they have to produce the fuels that they need.”

It’ll take access to capital to make it happen.

The energy transition movement toward lower-carbon fuels and regulatory moves have helped, according to Miller.

“The market is now ready to provide capital for these projects, which I think in the past has been the challenge, particularly the debt markets,” he said. “We see a lot of activity in the bond market supporting these types of projects.

“The increasing access to capital is really the critical thing for the renewable space broadly to be able to really grow. … Most people believe that going forward this energy transition is going to be long and require lots of different sources of energy. Renewable gasoline is certainly a big part of that mix,” he added.