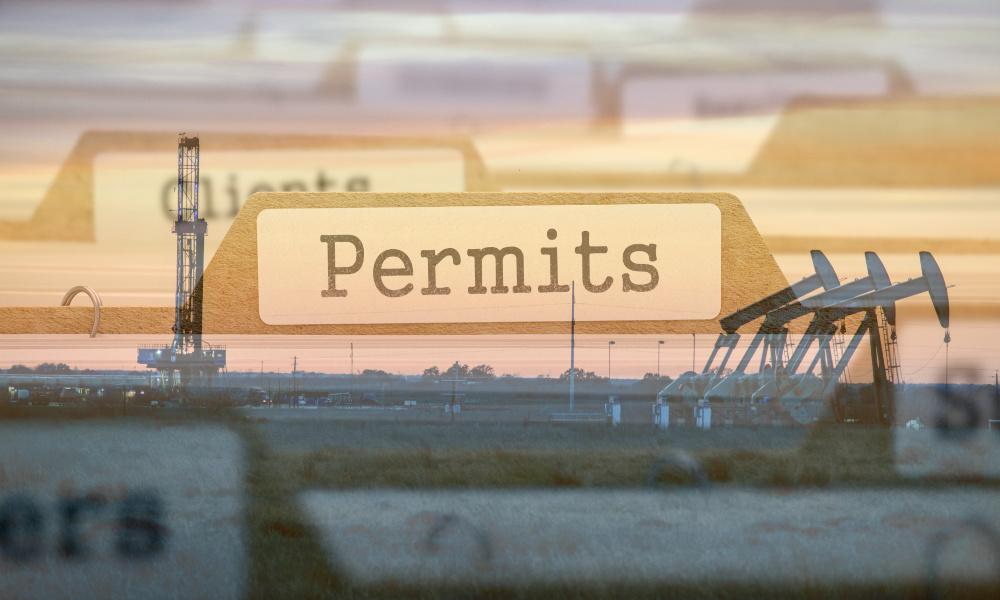 U.S. President Joe Biden’s promised ban on new oil and gas drilling on federal lands would take years to shut off production from top shale drillers because they already have stockpiled permits, according to Reuters interviews with executives.

But smaller independent oil drillers without the resources of big corporations were more worried about Biden’s vow to toughen regulations and stop issuing new permits on federal lands, part of his sweeping plan to combat climate change and bring the economy to net zero emissions by 2050.

Federal lands are the source of about 10% of U.S. oil and gas supply. Fossil fuels produced on federally managed lands and waters contribute nearly 25% of U.S. greenhouse gas emissions, according to government estimates, making them an easy target for the administration’s climate agenda.

Biden’s pledge would reverse former President Donald Trump’s efforts to maximize drilling and mining on federal property. But it will not end production in those areas overnight.

“We have always been very confident that we will continue to develop and drill on federal acreage,” said David Hager, executive chairman of Devon Energy Corp., the biggest oil producer on onshore federal land in the Lower 48 states. “It’s embedded into the rights we have in the leases and we’re doing it the right way.”

Representatives at these companies did not comment for this article. But several have issued public statements saying they have solid stockpiles of federal permits and an ability to meet tougher emissions regulations expected under Biden. They have also said they can quickly shift drilling to state or private acreage once federal permits dry up.

EOG has said it has at least four years of federal permits. “When it comes to access to federal lands, that’s one of the things we’re not really worried about in our business. We have a lot of potential outside of federal land, too,” COO Billy Helms said during an investor conference in 2020.

Occidental said last year it had well over 200 federal drilling permits in hand and had requested another roughly 200 permits on New Mexico acreage, where some of the richest reserves lie beneath federally owned property.

Ameredev II, which produces about 10,000 barrels of oil per day in New Mexico’s Permian Basin, also has federal drilling permits to last at least four years.

“We’re trying to maximize our value against an uncertain range of possibilities,” CEO Parker Reese said.

Energy consultancy Rystad said it saw stockpiling of federal lands drilling permits in the run-up to the November presidential election, with federal permit requests rising to a 31% share of all permit requests in the major U.S. oil fields from 18% in 2019.

Biden’s team did not respond to several requests for comment, and it was unclear when his administration might act on a drilling ban.

Most onshore federal drilling happens in Western states like New Mexico, Colorado and Wyoming, which get a share of extraction royalties and depend on that revenue.

Total U.S. shale output is expected to fall to 7.5 million barrels per day in February, the U.S. Energy Department said Jan. 19, which would be the lowest since June 2020.

Shale drilling accounts for roughly two-thirds of U.S. crude oil production, but output is expected to decline throughout 2021 as producers rein in spending.

A large swathe of the industry is made up of smaller firms that lack the deep pockets to squirrel away permits, get a jumpstart on installing new emissions control technologies or take their business elsewhere.

“The impact on the independent oilman is a heck of a lot greater than it is on Big Oil,” said Don Law, owner of Denver-based Prima Exploration Inc., which produces about half of its 1,000 barrels of oil a day on federal lands, mainly in Wyoming, New Mexico and North Dakota.

Law called Biden’s promised policy “an existential threat” unlike any he has encountered in 40 years in the oil business, echoing the rhetoric used by some climate activists about the threat posed by global warming.

Many smaller drilling firms operate in a single state or basin, according to trade group Western Energy Alliance (WEA), and would struggle to pack up and leave.

WEA, the oil and gas industry trade group most focused on public lands policy, has pledged to fight any efforts to impose a leasing ban in court. States that rely heavily on revenues from federal oil and gas drilling are also ramping up opposition.

In December, Wyoming officials issued a study that said a ban would cost eight Western states $8.1 billion in tax revenue and $34.1 billion in investment in the next five years. The state’s governor, Mark Gordon, called the predictions “devastating.”

New Mexico’s Democratic Governor Michelle Lujan Grisham said in late 2019 that she would seek a waiver from any drilling ban imposed by a future administration. But she has not discussed the issue publicly since, and her office did not respond to several requests for comment.

US Energy Department to Allocate $118 Million to Biofuels Projects

2023-01-04 - Willie Phillips joined the U.S. Federal Energy Regulatory Commission in December 2021 after serving as chairman of the Public Service Commission of the District of Columbia.