The heads of two big natural gas companies told Reuters on Nov. 14 they were seeking to use the setting of the COP27 international climate summit to bill their industry as a leader in the fight against global warming.

The charm offensive by gas producers EQT Corp. and NewMed Energy reflected the friendlier reception enjoyed by some fossil fuel companies at this year’s U.N. climate negotiations in Egypt, following years in which they were ostracized as the chief villains of global warming.

“The most important thing is for people to see America’s largest natural gas producer here at COP27 as a symbol that we’re going to be a leader in energy transition,” EQT CEO Toby Rice told Reuters on the sidelines of COP27 in Sharm el-Sheikh on Nov. 14.

While gas emits far less CO₂ than coal when it is burned, producing it and getting it to market is known to lead to significant leaks of methane—a greenhouse-gas far more potent than CO₂.

The U.S. and the EU are driving an international effort to crack down on oil and gas industry methane leaks, something they say is critical to reaching a global goal to limit planetary warming to 1.5 C.

The chief of NewMed Energy which owns a stake in Israel’s huge Leviathan gasfield, said it was taking a similar approach to the conference, which was also visited by BP Plc’s and TotalEnergies’ CEOs, the latter promoting an emissions-cutting imitative for gas producers.

“The world has changed, people have better understanding that upstream [gas] companies are not the enemy. Emissions is the enemy,” Yossi Abu said, referring to Israel using NewMed’s gas to replace coal-fired coal production.

However, the research collaboration Climate Action Tracker said last week that countries scrambling to source more natural gas to replace supplies from Russia are risking years of emissions that could thwart climate goals. 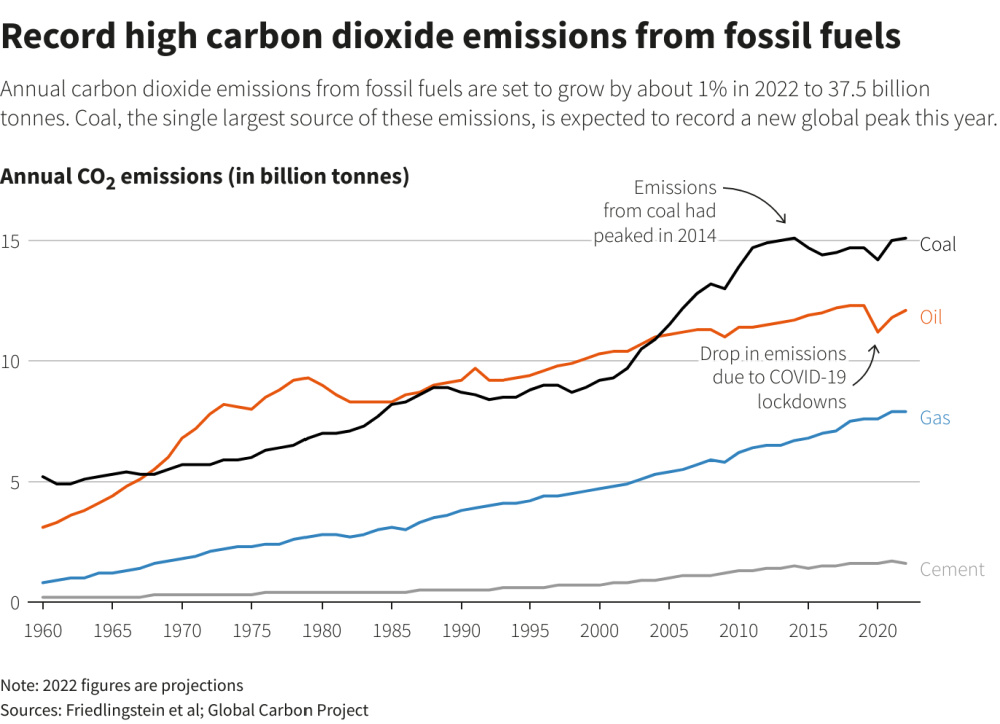 “These fossil fuel companies are what have driven the climate to breaking point, with global heating now already at 1.2 Celsius. And yet their solution to this climate crisis is more fossil fuels,” said Mohamed Adow, Director at climate and energy think tank Power Shift Africa.

Coal power plants produced a fifth of global greenhouse-gas emissions in 2021, more than any other single source, according to the International Energy Agency.