U.S. President Joe Biden on May 13 reassured U.S. motorists that fuel supplies should start returning to normal this weekend, even as more filling stations ran out of gasoline across the Southeast nearly a week after a cyberattack on the nation's top fuel pipeline.

Colonial Pipeline said late May 13 it had restarted its entire pipeline system and had begun deliveries in all of its markets. It will take several days for shipments to return to normal along its 5,500 mile (8,850 km) route, it said.

Some markets “may experience, or continue to experience, intermittent service interruptions,” Colonial Pipeline said in a statement, echoing Biden who said earlier there could be “hiccups.”

The pipeline, which carries 100 million gallons per day of gasoline, diesel and jet fuel, resumed computer-controlled pumping late May 12 after adding safety measures.

Gasoline shortages worsened from Virginia to Florida as depots and distribution centers awaited supply. The shutdown also forced two refineries to curb output and spurred airlines to reroute flights to refuel at airports outside the impacted area. Motorists’ tempers frayed as panic buying led stations to run dry even where supplies were available.

Colonial said in a notice to its shippers that it is approximately 5-1/2 days behind current scheduled times. “Certain line segments were operated manually during the downtime and may be ahead of the 5-1/2-day estimated delay,” the notice said.

On May 13, about 70% of gas stations in North Carolina were without fuel, while around 50% of stations in Virginia, South Carolina and Georgia had outages, tracking firm GasBuddy said.

The average national gasoline price rose above $3.00 a gallon, the highest since October 2014, the American Automobile Association said.

Nicole Guy, 36, a leasing agent in Atlanta, was at her fourth gas station Thursday morning, trying to find gas. The station ran out early May 12 and the manager was not sure when deliveries would resume.

Guy said she wished she had gone out the night before to refuel.

“My sister paid $3.50 at the pump last night for her car,” she said. “I thought if I went looking today I’d find a better deal. I never paid that much at the pump.”

Even as the pipeline resumes pumping, it will take time to replenish stocks. Gasoline inventories in the Northeast likely will fall to five-year lows this week, said Richard Joswick, an analyst with S&P Global Platts.

As FBI cybersleuths dug into an attack that paralyzed a large part of the U.S. energy infrastructure, the group believed to be responsible said it breached systems at three other companies, including an Illinois technology firm.

However, the website for DarkSide, the hacking group blamed for the Colonial ransomware attack, appeared to have gone offline on May 13. The group has not returned messages seeking comment through their site and Reuters did not immediately have any other way of reaching the group.

U.S. House of Representatives Speaker Nancy Pelosi urged companies that are victims of cyberattacks not to pay ransom.

Colonial has not disclosed how much money the hackers were seeking or whether it paid. The company, owned by investors including pension and private equity funds and energy firms, has not determine how the initial breach occurred, a spokeswoman said on May 13.

It has focused on cleaning its networks, restoring data and reopening the pipeline. Colonial has a type of insurance that typically covers ransom payments, three people familiar with the matter told Reuters.

Washington also issued a waiver to an undisclosed shipper allowing it to transport gasoline and diesel from the U.S. Gulf Coast to East Coast ports on foreign-flagged vessels. The U.S. restricts deliveries between domestic ports to U.S.-built and crewed vessels.

Gulf Coast refiners that cut processing took steps to bring more fuel to market. Total SE, which had trimmed gasoline output, plans to raise production at its Port Arthur, Texas, refinery. Other refiners were seeking to ship fuel via tankers.

Royal Dutch Shell Plc on May 13 said it was seeking alternative supply points to tackle challenges from the incident.

Airlines were refueling planes at their destinations, instead of usual departure points. On May 12, Delta Air Lines CEO Ed Bastian said more fuel would be available “hopefully by the end of the week and as long as those predictions come true, hopefully we'll be OK.” 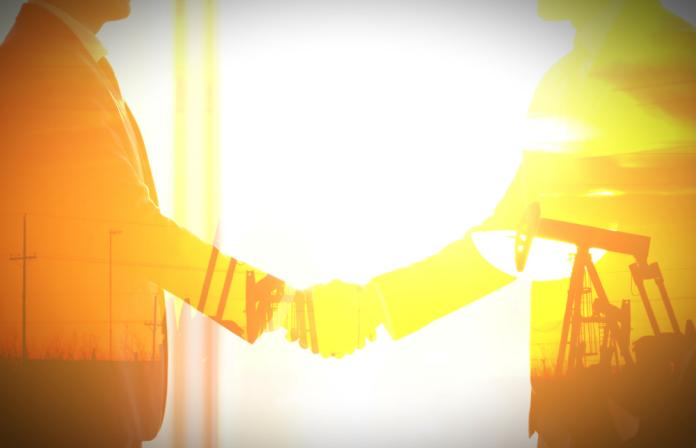 From Oil and Gas Investor Editor-in-Chief: Golden Age of A&D

The hiatus is over. After two years of deal drought, the A&D machine of the upstream oil and gas business is coughing back to life and gaining traction.