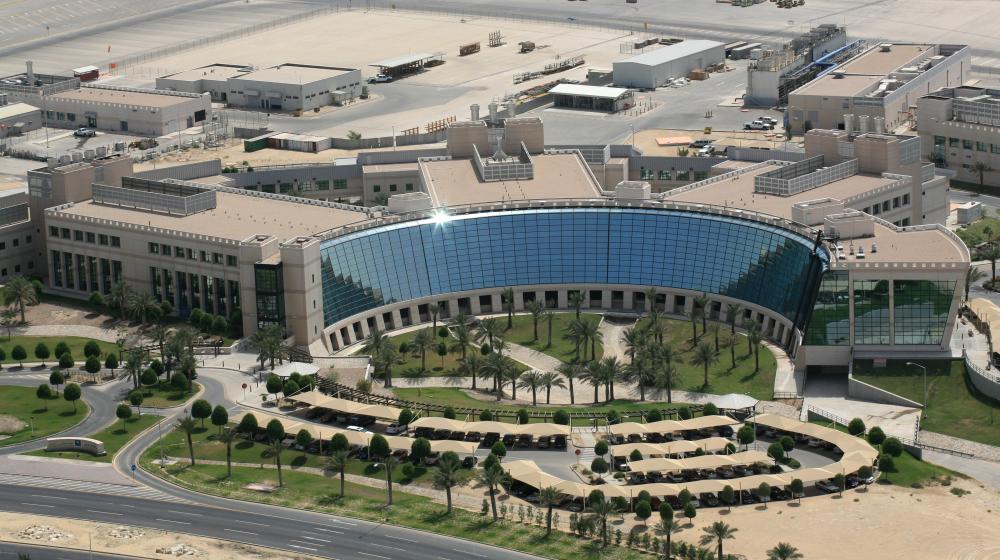 DHAHRAN and RAS TANURA, Saudi Arabia—After mastering the upstream business, Saudi Aramco is setting its sights on the downstream sector. It revealed an ambitious plan to be one of the major players in the world, which is part of the company’s objective to be not only a fully integrated energy company, but also one of the major technology developers. It also envisions becoming an enabler and creator of new technologies.

Saudi Aramco expects organic growth through the establishment of “mega-integrated” refining and petrochemical plants in collaboration with major international oil and gas partners as well as the acquisition of a 70% stake in local firm SABIC, which is one of the major petrochemical players in the world. It also expects growth from the acquisition of Shell’s 50% stake in SASREF refinery joint venture in Saudi Arabia for US$631 million.

Saudi Aramco also unveiled a very ambitious research and development (R&D) programs that seek to support the company drive to consolidate its downstream ambitions, as a key factor to success in the downstream sector is the technological advancement and superiority. This is part of the company ambitions to move from its traditional role as buyers and consumers of technology to its new global technology and R&D strategy.

“By 2020, our objective is to be technology enabler to be able to maximize the company’s income as well as driving a knowledge-based economy in the country,” Amer told HartEnergy.com during the visit that Saudi Aramco organized for Hart Energy to its headquarters and facilities in Dhahran and Ras Tanura.

“In terms of patents, Saudi Aramco was granted more than 317 patents in 2018, which places [it as] the second major player after Exxon Mobil, and we are working to become the number one in the next few years,” Amer continued.

Amer said that the company has dedicated R&D centers that covers the various segments of the company’s business. This includes EXPEC ARC, R&D Center, and Saudi Aramco Energy Venture, in addition to 8 R&D centers in various locations around the world.  While Expec Arc covers the up R&D activities related to the upstream sector and all activities that take place below surface, the R&D Center is in charge of the downstream sector and all activities that take place above surface.

Carbon management is one of the key domains that Saudi Aramco invest heavily in new technologies to tackle carbon related issues. The objective is to develop low-carbon technologies to ensure sustainability of hydrocarbon use and optimization of Saudi Arabia energy mix.

Meanwhile, the fuel technology domain currently works on programs such as passenger transport, commercial transport and low GHG fuels, with aim of promoting the development and adoption of cost effective and sustainable oil-based transport solutions.

While the R&D Center mainly focus on downstream programs, some of the programs also target challenges that are faced in upstream segment of the business, such as the oil and gas treatment programs, which mainly cover upstream business, with natural gas storage program cover both, in addition to chemical additives, sensing and monitoring, and nonmetallic material programs.

In the refining and upgrading, the company aims to develop conventional and unconventional technologies for upgrading crude and its fractions. Currently, the R&D Center’s teams work on diesel and gasoline maximization, unconventional upgrading, and molecular modeling.
Amer said that the chemical’s domain of the R&D Center seeks to develop technologies to increase the use of petroleum-based feedstock for chemicals and improve refinery-petrochemicals integration.

“Currently, we are working on crude to chemicals technology, intermediate streams conversion, alpha olefins technology and chemical additives,” he said.

With the strong research capacity at the company’s disposal, Amer highlighted Saudi Aramco’s investments in oil to chemicals, enabling the company to capture the growth opportunity in this high-value sector. He noted that the company’s efforts are being made in the context that chemicals are expected to be the largest driver of global oil demand; and fundamental to capturing value in petrochemicals is integration. Leveraging feedstock advantage and reconfiguring the conventional refining approach, crude oil to chemicals technology can achieve a higher conversion rate—45% to 50% versus the industry average of 30%—to generate greater value across the hydrocarbon value chain.

To achieve this objective, Saudi Aramco signed an agreement with CB&I and Chevron Lummus Global to accelerate, scale up, and commercialize Saudi Aramco’s Thermal Crude to Chemicals technology, shifting the average conversion rate from 45% to more than 70% by 2020, while working to reduce overall energy and capital intensity.

In addition to the ambitious R&D program, Saudi Aramco is modernizing its facilities and upgrading the quality of its products, such as the clean fuel project in Ras Tanura Refinery, as the company has been revamping its refineries to produce cleaner fuels, a trend at Middle Eastern refineries to target export markets with stricter environmental requirements. Abdullah Albagar, chief engineering officer at Ras Tanura Refinery said that the clean fuel project in Ras Tanura aims to produce products with less sulfur, to meet the EURO 5 specifications.

“The objective is to reduced the sulfur content in diesel to 10 bpm from current 500 bpm. We managed to move from 10,000 bpm to 500 bpm,” Albagar said during the visit to Ras Tanura refinery. “The clean fuel project includes isomerization, naphtha hydro-treatment, continuous catalytic reforming (CCR), interconnections, flare system and buildings. The project is set to be completed within two to three years.”

Albagar also said that the general turnaround of the Ras Tanura Refinery is seven years, with some units maintained every 5 years.