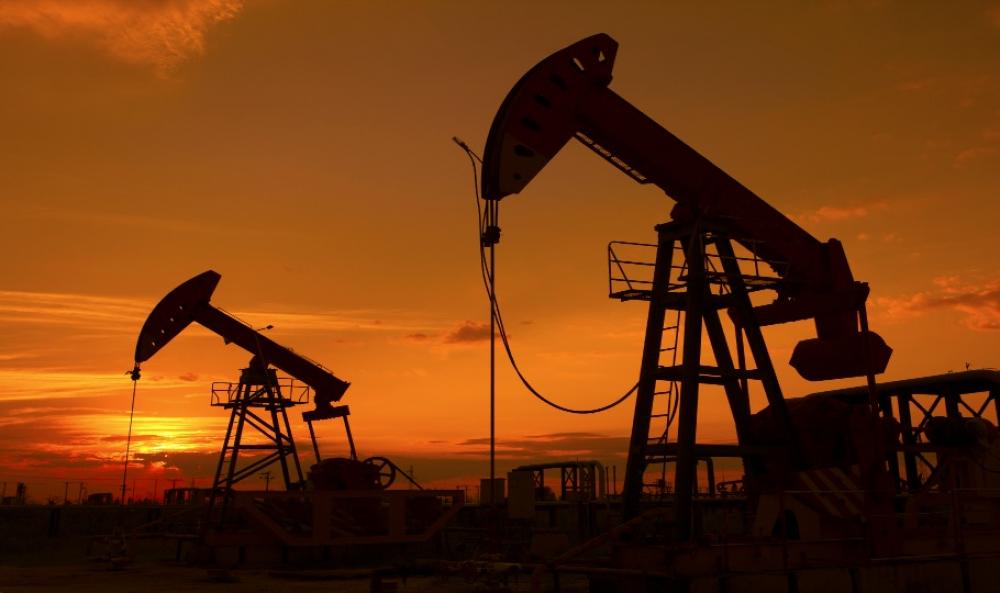 Major dry gas plays across the U.S. have taken a hit with the sudden drop in commodity prices. The Appalachian Basin is primarily a dry gas basin but has liquids production associated with the Utica Shale. Currently, operators are reallocating resources to focus on maximizing production from wells that have already been drilled or are currently waiting on completion.

In 2014, large-cap operators announced strategies for targeting the stacked shale plays spanning the basin, and over the past few months these major operators have shown signs of actively implementing these new strategies. In addition to focusing on existing drilling campaigns, operators are further combating depressed commodity prices by optimizing drilling techniques and infrastructure. For example, operators are drilling new wells on existing Marcellus well pads, thus reducing forecasted construction costs for the area.

Despite the current reduction in commodity prices across the market sector, the Marcellus Shale has continued to grow and surpass industry expectations. Estimates by the Energy Information Administration (EIA) have projected Marcellus production to exceed 15 Bcfe/d in 2014 and surpass 16 Bcfe/d this year. Major operators have announced their forward-looking guidance for 2015 and are expecting to grow production within the basin by as much as 20% to 30%, led by the top operators such as Range Resources Corp. and Southwestern Energy Co. 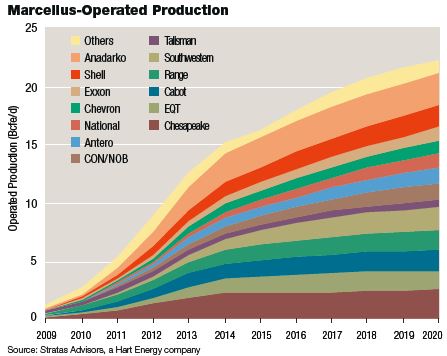 Despite the current reduction in commodity prices across the market sector, the Marcellus Shale has continued to grow and surpass industry expectations.

This projection comes despite the fact that these same top operators have announced reduced activity plans for new wells to be drilled in 2015. Their expected increase in production is likely a direct result of announced increases in lateral lengths and more efficient drilling and hydraulic fracturing techniques.

Reflecting the aforementioned focus on re-completes and re-fracks, most of the larger operators are also expecting to maintain their current rig inventory. At an overall playwide rate of growth of 20% to 30%, the reduction in new well activity will bring a slower-than-anticipated increase in production, but the play still continues to grow at rates likely to meet or beat the EIA’s predictions reported in March 2015.

Despite the more conservative pace of activity, key operators are remaining active in the play. In October 2014, Southwestern Energy acquired all of Chesapeake Energy’s 413,000 net acres in the southern liquids-rich fairway of northern West Virginia and southern Pennsylvania.

And in December 2014, Southwestern acquired a 20% interest in 30,000 net acres belonging to Statoil in the southern Marcellus. The company has drastically increased its footprint in the basin and expects to begin development, targeting multiple shale horizons in the near term. Southwestern is now relatively well-positioned to maximize production and notably increase its resource estimates.

The Marcellus Shale is the largest natural gas resource in North America. It is expected that the shale will continue to produce at an elevated rate into the long term. As commodity prices increase and operators shift further resources back into the basin, it is likely that the shale will see a sudden onset of production and further drilling efficiencies will ensue, strengthening the play’s potential for long-term production. 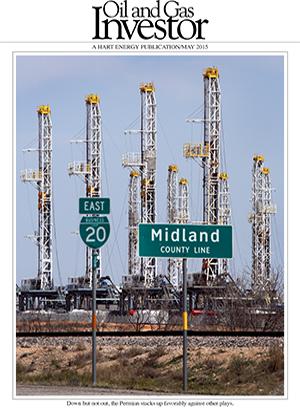