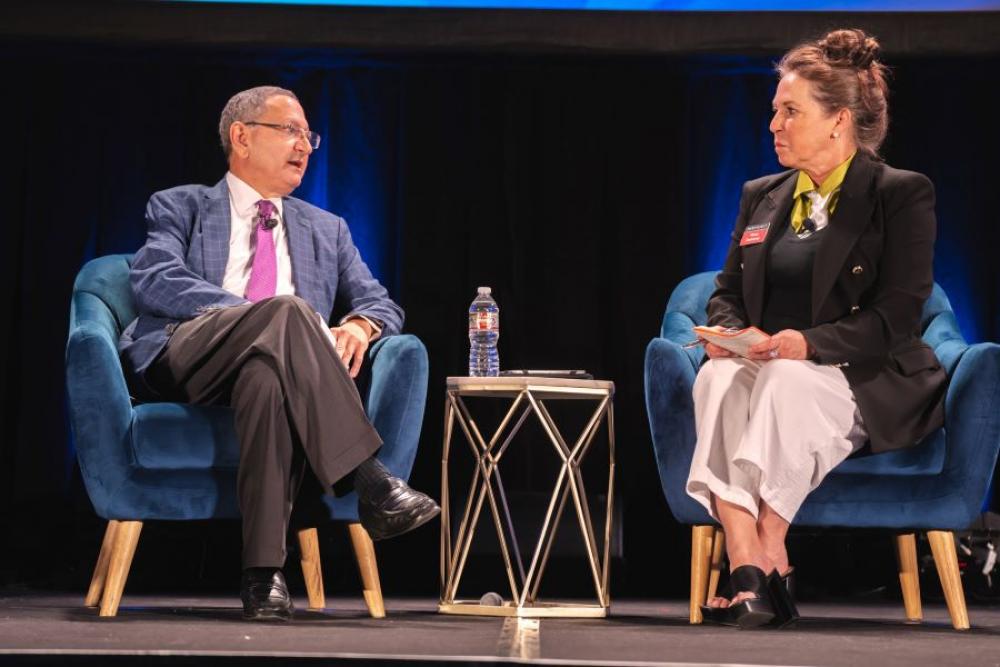 HOUSTON—Climate change goals may not be realistic, according to Ken Hersh, president and CEO of the George W. Bush Presidential Center.

“It’s time to realize that our goals on climate are not going to be met on time [amid] difficult economic and physical [headwinds],” said Hersh, also the co-founder of NGP, during his keynote address at Hart Energy’s America’s Natural Gas Conference on Sept. 27.

The executive, talking about climate change, the energy transition, emissions and geopolitical events impacting the world, also said blackouts are “man-made problems” and that the “world has slept itself into a crisis.”

In terms of the climate crisis, Hersh argued that the U.N. was trying to solve problems it wasn’t developed to solve.

"It’s time to realize that our goals on climate are not going to be met on time [amid] difficult economic and physical [headwinds].” – Ken Hersh, George W. Bush Presidential Center

“We don’t need 196 countries to agree on [emissions], we need the top four. The top four emitters emit 60% of the world’s emissions,” he said. “Zambia wants electricity, do whatever you want… they don’t matter to climate. It’s the U.S. and China and secondarily India and Russia and places like South Africa where we need to focus.”

Hersh warned that the greatest risks for the global energy industry weren’t below ground.

“The greatest risks to the energy markets today are now seen above ground as governments try to force prices, [implement] windfall profit taxes on producers and taxes penalizing certain sources and inflating others, and export controls,” he said. “The last time we saw this type of intervention was in the 1970s when we had price controls, import quotas… and the result was a five-fold increase in prices and massive shortages.”

In response to a question about world order, Hersh said China and Russia were playing their games and that even those games required order. But the executive admitted he didn’t foresee a breakdown in world order.

“For world order to break down it has to be a wholescale collapse in institutions, and I don’t see that happening,” he concluded.