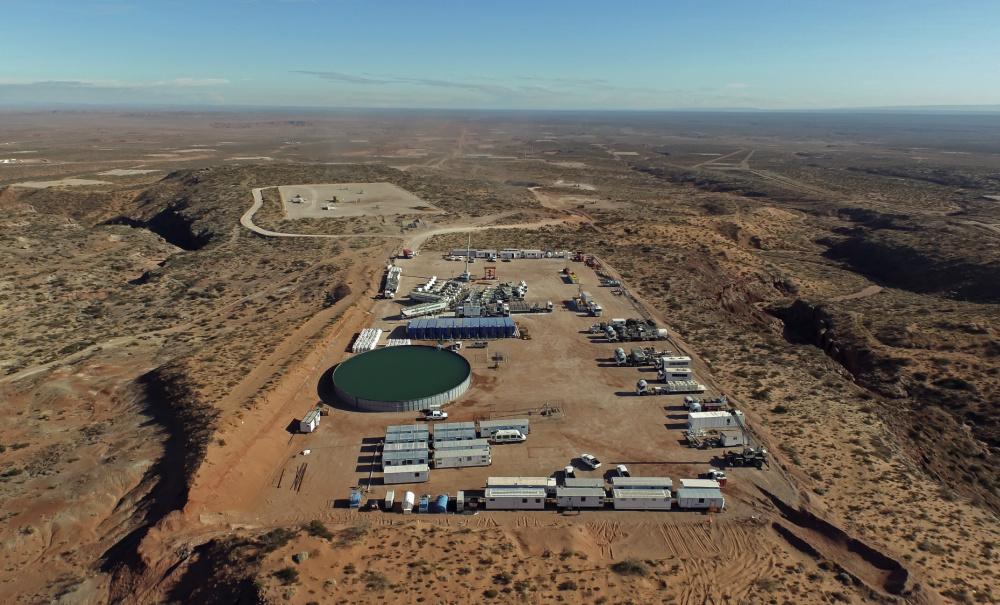 Stellar financial results from Argentina’s crude oil and natural gas shale producer YPF SA continue to be overshadowed by economic uncertainties and rising political tensions in the build-up to presidential elections next year, according to Credit Suisse analysts.

YPF reported adjusted EBITDA of $1.5 billion and net income of $798 million in the second quarter on slightly lower combined production but higher commodity prices. Results were driven “primarily on the back of improved pricing across our business segments, despite further cost increases,” YPF executives said last week during the company’s quarterly webcast.

“Although YPF’s [second-quarter 2022] results came in very strong and above our and market’s expectations, we prefer to remain cautious on the name owing to the macro situation in Argentina,” Credit Suisse research analysts Regis Cardoso and Marcelo Gumiero wrote last week in a research note, adding the company confronts headlines related to its over-dependence on Argentina’s economy, political intervention on prices, and the longer-term energy transition.

“We believe the Argentine government faces a difficult challenge to tackle the high inflation and the local currency devaluation ahead of the presidential elections in 2023,” the Credit Suisse analysts wrote. “In fact, we remind investors that YPF’s results look strong only if one looks at it at the official FX rate, which could be misleading given the imposed capital flows restrictions in Argentina. Results would not seem so strong if converted at the significantly more depreciated unofficial [‘blue’] FX, in our view.”

The analysts were positive on the recent appointment of Sergio Massa, a former lower house leader, to head Argentina’s Ministry of Economy, and noted his appointment was highly received by the market. Despite the reception, the new economic minister is Argentina’s third in less than a month under President Alberto Fernandez. Massa replaced Silvina Batakis who assumed the position in early July after the resignation of Martin Guzman.

Besides double-digit inflation and rising energy costs across the board, Massa will inherit an economy that lacks sufficient central bank reserves, according to Bloomberg data. He will also assume the defense of a country that is continuously under the strain of ongoing negotiations with the International Monetary Fund regarding debt payments.

Argentina is home to the world’s second-largest recoverable shale gas resources at 802 Tcf and the fourth-largest recoverable shale oil resources at 27 billion bbl, according to details published by the U.S. Energy Information Administration (EIA). The South American country is also home to the Vaca Muerta formation, the largest and most developed unconventional play outside of the U.S.

The formation has played a crucial role in YPF's production growth in recent years and holds vast untapped potential that could be a game-changer for the company and Argentina if transportation bottlenecks are resolved and the macro environment doesn’t turn off investors.

YPF’s second-quarter financial results benefited from higher oil and gas prices, which averaged $65.10/bbl and $3.90/MMBtu respectively, despite average production of 504,000 boe/d. Production fell 0.4% sequentially from the last quarter but was up 9.3% compared to the second quarter 2021. Production in July edged higher to average 510,000 boe/d due to continued drilling and completion activities, YPF said, adding it expects capex in 2022 to reach nearly $4 billion compared to $3.7 billion earlier owing to inflationary pressures and an increase in activities.

The operational results have allowed YPF to continue to reduce its gross debt, which now stands at $7.1 billion (net debt is $5.8 billion). The company’s net leverage position fell to 1.3 times net debt-to-12-month adjusted EBITDA in the second quarter, down from a peak of 4.9 times in the first quarter 2021, the company said.

2022-07-11 - Founders Oil and Gas retained TenOaks Energy Advisors for the sale of its operated Central Basin Platform assets within the Permian Basin in Ector and Crane counties in West Texas.