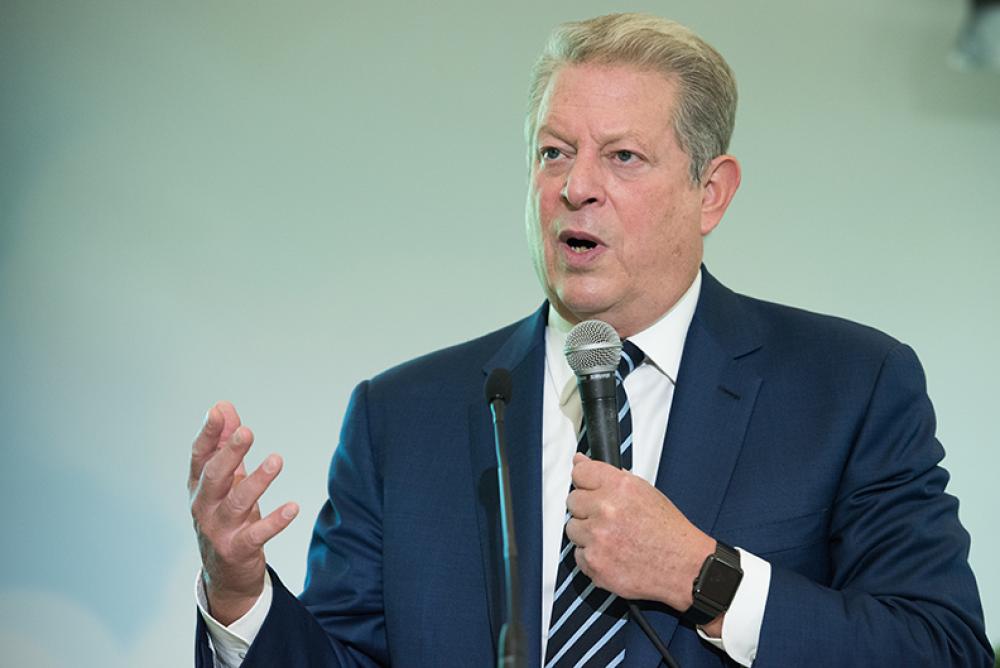 After Gore, speaking during an environmental conference in Melbourne, said the fight against climate change was the “great moral crusade” of this generation, Australia’s peak lobby group for the petroleum industry, the Australian Petroleum Production and Exploration Society (APPEA), replied to Gore’s rhetoric saying the former vice president of the U.S. had ignored the commanding role of natural gas in reducing global emissions in his own country.

“Mr. Gore may be here to talk renewables, but the truth is that it’s natural gas that is driving down emissions in the U.S.,” APPEA Queensland Director Rhys Turner said. “Last year, energy-related emissions in the U.S. were at their lowest level since 1991, having fallen about 13% since their peak in 2007. The main reason for this dramatic fall is the increased use of natural gas.

“If Mr. Gore wants to make a contribution to the energy debate in Australia, he should call for the removal of the [onshore] bans and moratoriums [in New South Wales and Victoria] that are strangling gas supply,” Turner added. “More gas is the only sustainable way to put downward pressure on gas prices.”

Gore’s visit came during a week of heightened political tension in Australia as the federal opposition Labor Party called on Prime Minister Malcolm Turnbull to fire Craig Kelly as chairman of the ruling coalition’s energy policy committee for saying people would die in the winter as a result of subsidized renewable energy policies spiking energy bills. Kelly is among a group of Liberal MPs urging the government to follow U.S. President Donald Trump’s lead by abandoning the Paris climate change agreement.

To date, the federal government has not committed itself to a renewable energy target, but with Gore in attendance, the Labor-controlled states of Queensland, Victoria, South Australia and ACT rattled their swords at the ruling party in Canberra by signing a renewable energy action plan to support the Paris agreement and reduce global emissions.

The four states have threatened to set their own renewable energy targets in defiance of the Turnbull government.

Australia is on the cusp of overtaking Qatar to become the No. 1 global exporter of LNG, but Gore also provoked the ire of APPEA by suggesting that gas exports were responsible for domestic electricity price hikes in Australia.

“The inference that if the Queensland LNG export industry, which derives its gas largely from upstream onshore extraction, did not exist that there would be enough gas to go around is incorrect,” Turner said.

“Without the east coast export industry driven by demand from a growing Asian market and its need for cleaner energy, this gas would have simply remained in the ground. Queensland LNG developments have delivered a positive flow-on effect in the form of gas being pumped into the east coast network.”

CNOOC Ltd. subsidiary CNOOC China Ltd. has signed a petroleum contract with PetroChina Co. Ltd, for the Beibu Gulf 23/29 and Beibu Gulf 24/11 blocks in the South China Sea’s Beibu Gulf Basin, according to a news release.

The contract covers engineering, procurement, construction of all rigid lines as well as the installation and pre-commissioning of all the infield riser and flowline system for interconnecting 13 wells to the FPSO, according to a news release.

The offshore development is in China's Bohai Bay and is expected to reach peak production of 15,681 bbl/d of crude oil in 2022.