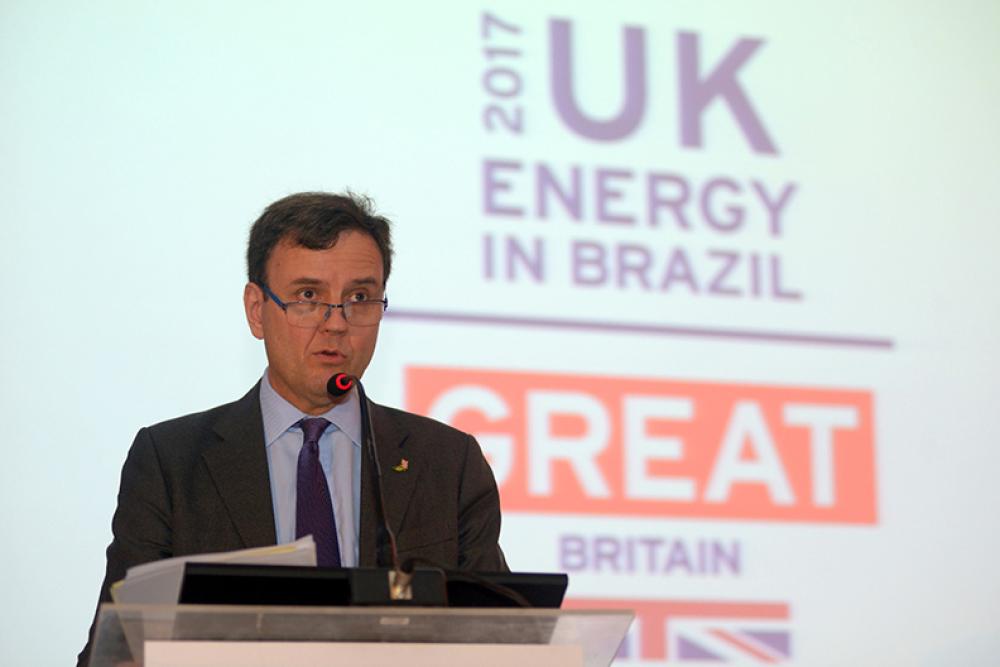 Greg Hands, the UK’s Minister of the Department for International Trade, speaks during the opening ceremony of UK Energy in Brazil 2017 in Rio de Janeiro.

In its first official trade mission to Brazil after the Brexit vote, the U.K. government proved that Brazil’s opportunities in the energy sector are beneficial for U.K. business growth. For that, the event “UK Energy in Brazil 2017,” organized by the British Consulate in Rio de Janeiro on March 21, brought 40 British companies to the South American country in order to reinforce networking and business expansion.

“Our capability is beyond Brexit and since 90% of future global growth is predicted to occur beyond EU borders, we must be ready for these opportunities. We are not designing our trade future in isolation,” said Greg Hands, the minister of state in the U.K.’s Department for International Trade, in the opening ceremony.

He stressed that Brazil and the U.K. have a long relationship in the oil sector, mentioning the presence of the British oil major Royal Dutch Shell Plc (NYSE: RDS.A), which has been in South American country for roughly 100 years.

“With the acquisition of BG, Shell became the largest trade foreign investor in Brazil of all sectors. BP is also one the biggest operator companies in the exploration sector,” he said. “Other British operators like Premier Oil and Chariot Oil are also investing [in Brazil.] But we want to increase our participation in the supply chain segment.

“The U.K. has many suppliers who are ready to invest in Brazil,” he continued. “The U.K.’s policy supports technical and regulation partnership in the energy sector. The Brexit offers an opportunity to help to organize and provide innovation and technological efficiency.”

Currently, 200 British suppliers of equipment and services work in the Brazilian oil and gas and maritime sectors. In 2014, the state of Rio de Janeiro and the U.K. signed a memorandum of understanding for cooperation in the energy sector.

Over the last three years, the U.K. government, through its Department for International Trade, has supported British suppliers, which enabled investments of US$2.5 billion in the Brazilian oil and gas sector. Since 2012, more than 30 trade missions have been carried out between the two countries.

Petrobras’ executive manager, Maurício Diniz, who also spoke during the opening ceremony, said that the company is changing its image after being involved in Operation Car Wash, one of the greatest corruption scandals in Brazil’s history.

“Petrobras was a victim of a gang that robbed the company,” he said. “We are changing radically the way we work, how we design new contracts, so that we must be confident about our expenditures in order to benefit our company.”

Diniz pointed out the Campos Basin, which represents 60% of Brazil’s output, as a business attraction. Due to the presence of floaters and subsea equipment with more than 30 years of activities, companies specializing in maintenance equipment and procedures can take advantage of the setup.

“We need to have our units working with efficiency and safety. Yet, if the units cannot produce any longer, even after all the maintenance service, we must implement the decommissioning process of those units,” Diniz said. “The decommissioning is a new activity in Brazil and it has been showing huge opportunities in that area.”

Brazil’s Energy Ministry Executive Secretary Paulo Pedrosa, who spoke on behalf of the Brazilian government, told event attendees that Brazil’s energy sector is no longer influenced by state interventionism. “We are entering a new phase. We are becoming a pro-business country,” Pedrosa said.

He emphasized that Brazil’s energy ministry is working together with other as the finance ministry, to design policies to attract investments in the oil and gas industry. 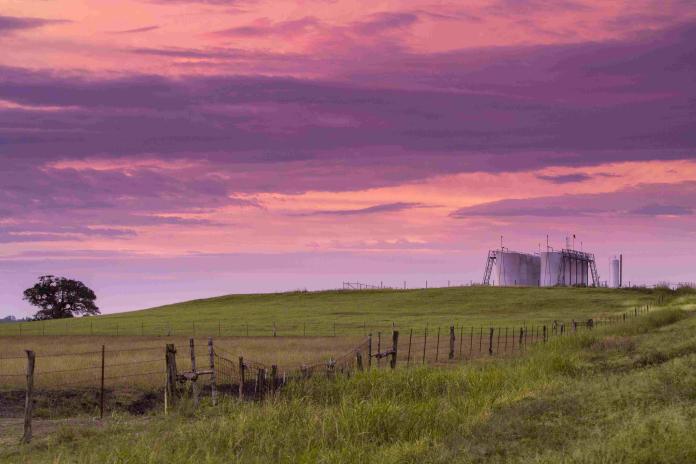