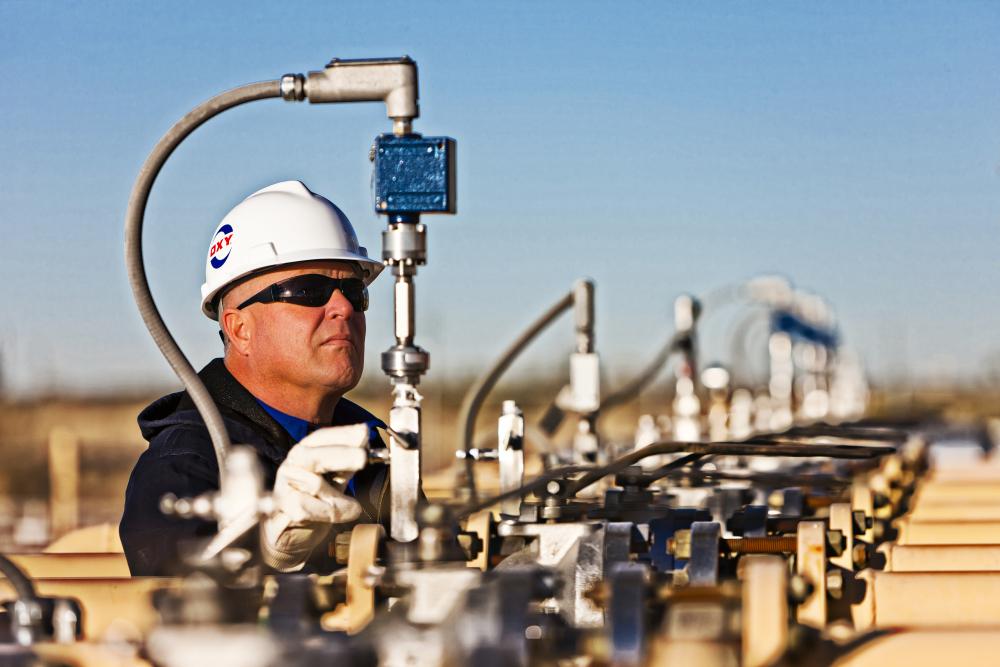 Occidental has received EPA approval for an MRV plan for CO2 EOR fields in the Hobbs Unit in New Mexico. (Source: Occidental Petroleum)

With more than 40 years of experience in the application and use of CO2 EOR technology, Occidental Petroleum has injected more than 50 million metric tonnes of CO2 annually to produce oil in the Permian Basin that would otherwise be left in reservoirs. The company’s global strategy includes active investments in CO2 EOR and carbon capture, utilization and storage (CCUS) as well as other emissions-reducing technologies. Occidental believes these technologies offer meaningful tools to address greenhouse gas emissions and grow its business. In the Permian Basin, Occidental relies upon multiple CO2 sources, both natural and anthropogenic, transported by dedicated pipelines, to ensure an adequate supply for the company’s 34 CO2 EOR projects. This includes the Occidental-operated Bravo Dome Field in northeastern New Mexico and additional supplies from methane fields in the southwestern Permian Basin. Occidental’s Century Gas Plant in Pecos County, Texas, further expands the company’s EOR infrastructure in the Permian Basin by capturing CO2 from the natural gas processing.

Occidental has received Environmental Protection Agency (EPA) approval for two monitoring, reporting and verification (MRV) plans for CO2 EOR fields in its Permian Basin operations at the Denver Unit in Texas and Hobbs Unit in New Mexico. These plans, which were the first-ever approved by the EPA, provide a framework for quantifying the amount of CO2 permanently sequestered in the geology of the reservoir.

The specifics of the MRV plans are best reflected in the EPA’s final decision letter for the Hobbs Field:

“The MRV plan identifies, describes and reviews potential pathways for surface leakage, including the likelihood, magnitude and timing of potential leakage,” the letter stated. “For example, in examining existing wellbores as a potential leakage pathway, Occidental identified active and inactive wells that are completed in or penetrate the Hobbs Field, summarizes regulatory requirements for the wells and describes operational practices for mitigating potential risks. As another example, Occidental examined the probability of leakage through subsurface features, such as faults and fractures, and determined that there were no faults or fractures that transect the San Andres Formation interval in the project area and provided several lines of evidence supporting this conclusion. Occidental determined that there are no leakage pathways at the Hobbs Field that are likely to result in significant loss of CO2 to the atmosphere.”

The EPA confirmed in its findings that Occidental’s MRV plans had successfully assessed the reservoir’s storage capacity, identified and mitigated potential pathways of CO2 leakage, and monitored and reported the amount of CO2 sequestered throughout the process. The MRV plans demonstrate the safe and secure storage of CO2 through EOR in a fully transparent manner.

During the first year of the plan, Occidental sequestered more than 3.1 million metric tonnes, as measured by the MRV plan. More than 25% of this sequestered amount came from captured anthropogenic sources, which is the equivalent of the emissions of more than 200,000 vehicles per year.

Significant opportunities remain to gain additional recovery by expanding Occidental’s existing CO2 projects into new portions of reservoirs that have only been waterflooded. The company’s EOR operations include a large inventory of future CO2 projects, which could be developed over the next 20 years or accelerated, depending on market conditions.

Occidental also has implemented four different unconventional EOR pilots across the Midland and Delaware basins. The initial results are encouraging, and advancing this technology will allow Occidental to incorporate EOR into its future horizontal drilling development plans.

Meanwhile, Occidental is working with biofuel producer White Energy to evaluate the economic feasibility of a CCUS project. The study, which is expected to be completed early next year, will examine the cost of building a carbon capture facility. If deemed economically feasible, the project would capture CO2 at White Energy’s ethanol facilities in Hereford and Plainview, Texas, and transport it to the Permian Basin for sequestration in Occidental’s EOR operations. 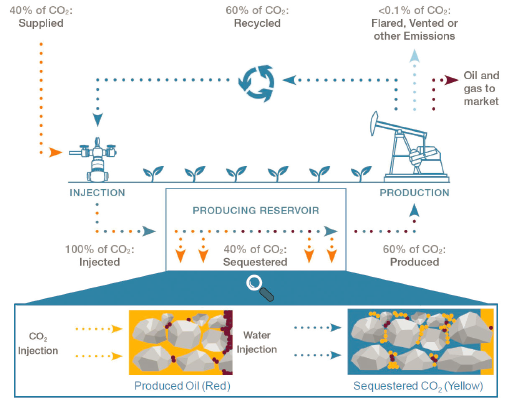 Climate and energy authorities, including the U.N. Intergovernmental Panel on Climate Change and the International Energy Agency (IEA), recognize the important role that CCUS must play if atmospheric carbon concentrations are to be limited to levels targeted in international climate accords. Based on research by the IEA, it has been shown that CCUS in the form of EOR, along with anthropogenic carbon CO2, can provide a significant reduction in life-cycle per barrel CO2 emissions compared to oil produced using non-EOR techniques.

The lower carbon future that global industries must work to achieve will depend on continued technical advancements in capture technology and the application of CO2 EOR, which governmental policies, such as the recently passed FUTURE Act or 45Q, will provide. One opportunity for growing this technology would be to increase the reach of the current pipeline infrastructure system. Industries that emit CO2, such as refineries, power generators, ethanol plants and cement plants, might not be located near a pipeline or a sequestration site like EOR or saline reservoirs. Locating a CO2 pipeline, such as the proposed pipeline from Houston to the Permian Basin, along corridors where there are many capture opportunities provides synergies that, combined with 45Q, will help with the economic feasibility of both carbon capture and pipeline projects. 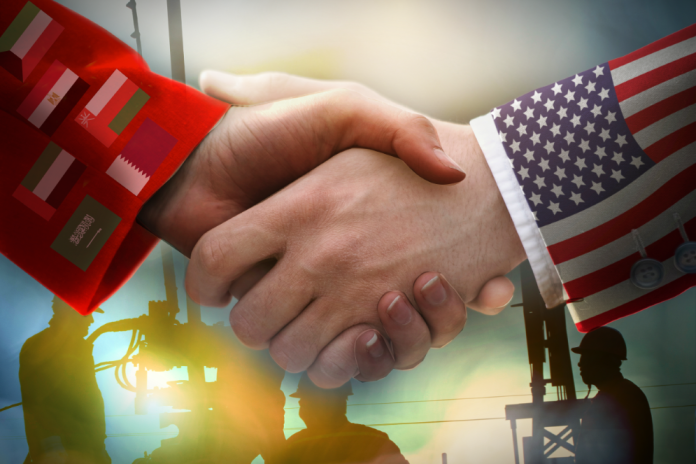 Major oilfield service companies agree that the Middle Eastern region will be less severely impacted by the downturn compared to other regions. 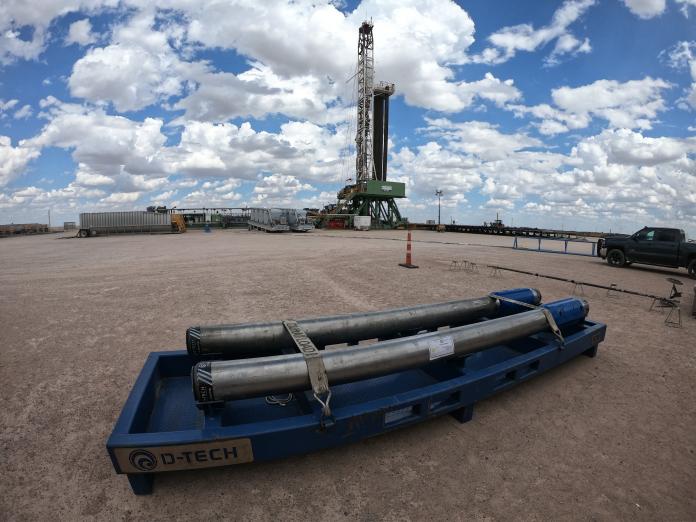