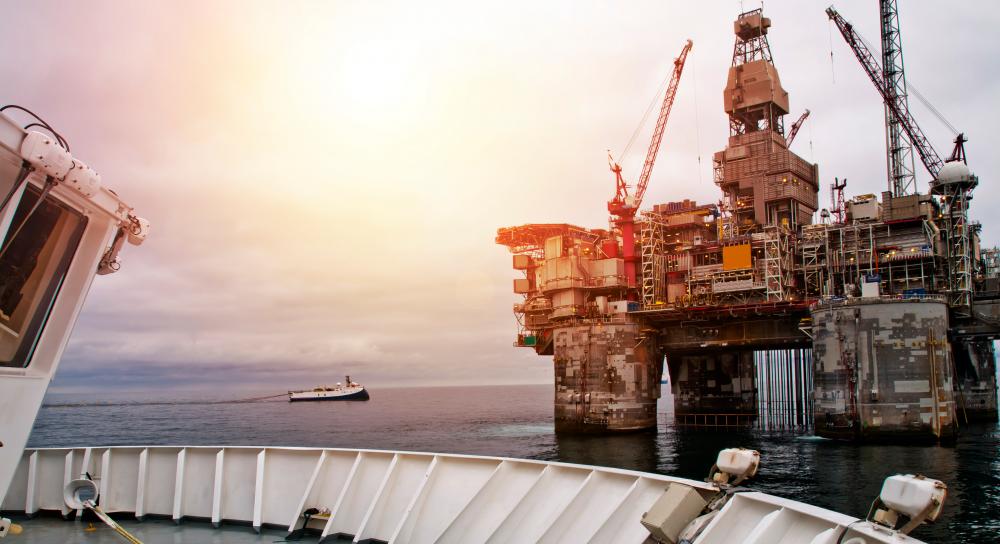 Geologists, geophysicists and engineers have been using soundwaves to image and understand the subsurface for almost 100 years. The information gathered in this process in called seismic data. Recent advances in computing power, how seismic data is acquired, and how it is processed into a usable format have yielded tremendous improvements to traditional 3-D seismic. These improvements include adding additional azimuths to 3-D seismic, deploying ocean-bottom cables, full waveform inversion technology and 4-D seismic. Each of these advances has enabled industry professionals to better characterize the reservoir and locate hydrocarbons in the subsurface. Most recently, BP credited full waveform inversion technology to aiding in discovering an additional 1 billion barrels (Bbbl)l in the Gulf of Mexico. Additionally, BP plans to deploy ocean-bottom cables at the discovery.

3-D Seismic and Azimuthal Variations
The current industry standard in subsurface imaging technology is 3-D seismic. The technology uses sound waves to form a three-dimensional image of the subsurface. Conventional 3-D seismic is acquired offshore by a vessel pulling a sound source, and a long, narrow array of streamers containing receivers that record the source sound waves bouncing off the subsurface. This conventional approach is referred to as narrow-azimuth (NAZ) seismic because the source-geophones combinations share a relatively limited range of offset azimuths (the angles between the source-geophone vector, called offset, and the survey orientation).

Full Waveform Inversion
Full waveform inversion combined with supercomputing technology is among the most recent advanced seismic imaging technologies and provides geoscientists with unparalleled insights into subsurface geologic structures and the physical properties of rocks. It has already proved to be a very successful technique industrywide and was recently credited to aiding BP in discovering an additional 1 Bbbl at Thunder Horse Field in the Gulf of Mexico.

Full waveform inversion (FWI) is a processing technique that is applied to existing seismic data after it has been acquired by one of the methods previously discussed. As the name suggests, it utilizes the full waveform. The process goes beyond traditional reflection and refraction tomography, which use only the travel time kinematics of the seismic data, by using additional information provided by the amplitude and phase of the seismic waveform. Furthermore, the process is largely automated using computer simulation to bypass the time-consuming steps of the traditional seismic processing approach.

In the past, the industry could only utilize a portion of the sound wave data recorded in 3-D seismic surveys due to the high complexity of the seismic waves and the sheer quantity of data. In addition, it could take a year to process the data into a usable format for seismic interpreters.

While traditional seismic processing can take up to a year to resolve the rock layers, FWI technology can resolve the rock layers and their properties in a matter of weeks. First, state of the art supercomputing and advanced algorithms process all of the sound wave components, or the full waveform. Then, through computer simulations the geophysicist creates a model of the subsurface in richer detail. To ensure accuracy, the sound waves recorded in the field are compared to those generated in simulation by the model. Supercomputers cycle through possibilities until they develop a model where the sound waves match those recorded in the field. This iterative process is the “inversion.” It is during inversion the rock layers and what is inside them comes into focus.

The real value of FWI is that it is a processing technique and requires no additional seismic acquisition, which can be very costly. Because it is a processing technique, FWI is a relatively low cost technology that can be applied to historic data that operators already have and originally processed by conventional methods. As historic data of producing fields, like Thunder Horse, is reprocessed using FWI operators will have a much clearer picture of their reservoirs including reserve estimates, and are likely to announce many more discoveries in and near producing areas.

Future Implications
Seismic data has made substantial improvements and advances since its inception almost 100 years ago. Acquiring additional azimuths in 3-D seismic has enabled better noise-to-signal ratio, and enhanced subsalt imaging. Advances in ocean bottom cable acquisition is able to incorporate S-waves and enhance resolution of gas reservoirs, and 4-D seismic provides insights to how the reservoir changes over time. The development of supercomputers has given rise to Full Wave Form Inversion and high quality reservoir characterization.

Industry is poised to understand offshore reservoirs like never before as OBC are deployed and routinely collect data (4-D Seismic) that is processed by FWI. These three technologies; OBC, 4-D Seismic and FWI will be the future of seismic data. Implementing this data trio will allow industry collect data that will optimize reservoir management and resource extraction like never before. This trio will highlight permeability pathways, identify reservoir compartmentalization, locate unproduced oil and gas, and will reduce well placement uncertainty leading to increased efficiencies in offshore drilling and production.