During a typical well test, flow rates are varied to assess reservoir size and performance. Many fixed and portable test separators utilize a dual chamber orifice fitting for performing the gas flow measurement, but these can be
subjected to less than ideal use practices.

Experienced operators must perform the 30-minute plate changing process every time the flow rate changes significantly. This can result in five to eight gas release events during the testing of a typical exploration well. Some users have expressed safety concerns regarding exposure to flammable and possibly poisonous H2S gas.

To maintain as small a footprint as possible, the space in which the orifice plate meters are installed is also generally very restricted. This can lead to the equipment incorporating several out-of-plane, 90-degree elbows at a distance of eight to 10 times of the pipe diameter (D), upstream of the meter. Essentially, going beyond the requirements set out in the ISO-5167-2 standard.

Most installations try to overcome this issue with a 19-tube bundle flow straightener, generally located five to six pipe diameters, upstream of the orifice plate. However, as ISO-5167-2 recommends these to be placed 13.5 D to 14.5 D upstream, it is highly likely that increased uncertainty is being introduced, especially at low beta (β) ratios. Alternatively, some users have deployed two parallel flowlines, containing meters, valves and instruments, adding to the capital cost, road (or crane) weight and maintenance costs.

Smarter flow measurement
Field operational constraints and functional concerns prompted the development of Adjusta-Cone, a modifiable cone flowmeter by GM Flow Measurement Services Ltd. Applying conventional differential pressure (DP) cone meters as the base technology, a moveable cylindrical sliding sleeve is located within the bore of the meter housing and moves about a fixed position cone.

The sliding sleeve produces two separate but overlapping flow ranges, contained within a single meter body, giving an enhanced turndown ratio. It also boasts reduced installation space—up to 60% less footprint than that of a dual chamber orifice fitting—as well as weight benefits, compared to other meters.

However, the intelligent measuring tool has two different β ratios and corresponding coefficients of discharge, which are analyzed by the close-coupled flow computer. Aligned with the customer’s choice of applicable standards, the technology computes every second the gas density, compressibility, expansibility, mass and volume flow rate.

Robust technology
Two flowmeters, a 6 in. (0.75 and 0.5β) and 4 in. (0.7 and 0.45β), were built and calibrated at the National Engineering Flow Laboratory (NEL) with dry nitrogen gas, flowing at 10 and 62 Bar (g) (Figure 1). A series of coefficients of discharge and corresponding Reynolds numbers were obtained.

At NEL, calibration was undertaken with the sliding sleeve in both the low and high ranges, and typical mass flow rates used for the 4-in. meter are shown in the table below.

2 Limits of the test facility

Upon completion of the dry gas calibration, the meter was wet gas tested using N2 and a kerosene substitute to provide an over-reading datum for wet gas operation. Those data were compiled for a Lockhart-Martinelli parameter ranging from 0 to 0.25 and a gas Froude number ranging from 0.4 to 5.2. Selected dry gas results are shown in Figure 1.

The turndown ratio of the adjustable cone meter was demonstrated as 54.5:1 by mass flow rate (limited by the test facility). The example shows that an average uncertainty 0.49% applies over the calibrated operating range and the average repeatability of points is +/- 0.02%.

Field testing
In 2016 the 6-in. prototype meter was field trialed in the U.K. North Sea. It was installed in two offshore wells downstream of the separator pressure control valve during well testing operations.

The customer’s orifice meter reading, running at 300 psi, was compared to that of the adjustable cone installed downstream of the pressure control valve and running at only 3 psi to 5 psi, which proved to be somewhat inconclusive.

Flow rates from the well tests were significantly lower than expected, so the adjustable cone was also found to be oversized. Readings from the adjustable cone were consistently higher than the orifice readings, largely due to oversizing, low pressure and the presence of moisture in the gas. The results proved that the meter was durable under oilfield conditions and that the sleeve would operate as desired.

Trials are ongoing on the 4-in. production model in the Middle East. Unlike the North Sea trial, in 2018 the meter was installed upstream of the pressure control valve so a direct comparison could be made with the customer’s orifice plate readings.

The adjustable cone meter did not require a shift from the high range for all tests, while upward of 15 hazardous and time-consuming orifice plate changes were required as the flow rates were adjusted, exposing the operators to hazardous gas releases each time.

The adjustable cone meter provided a greater than 55:1 turndown ratio (in one range), which is comparable to expectations for the device. It also showed excellent agreement with the customer’s flow data at consistently better than 0.5% of the orifice plate reading.

Gas metering of the future
Further analysis is underway by GM Flow to fully understand the wet gas effect on different sizes of adjustable cone meters. The company is undertaking additional flow laboratory validation and characterization tests using finite element analysis and computational fluid dynamics to gain deeper insight into the mechanical, hydraulic and physical aspects of the device.

Various adjustable meter designs also are being investigated. This includes the application of advanced materials and manufacturing techniques and the use of artificial intelligence and machine learning software. Real-time remote access and control and wet gas applications also are being explored.

Contact E&P's Executive Editor Jennifer Presley at jpresley@hartenergy.com for comments or questions about this story. 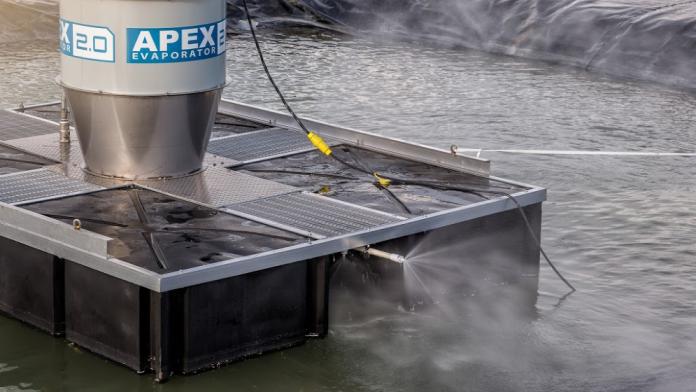 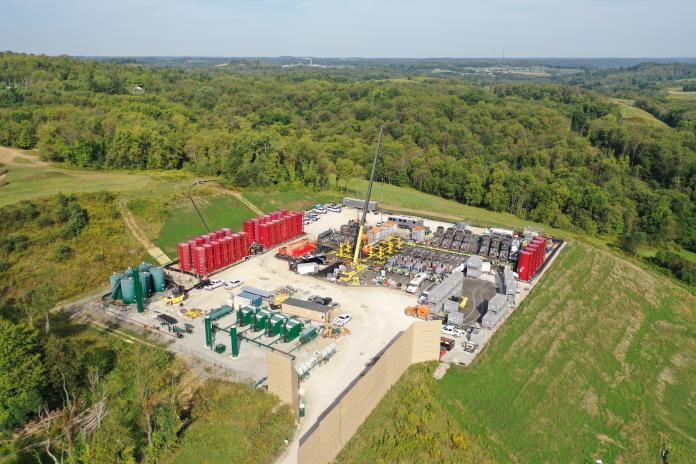 As an early developer of Appalachia shale, Range Resources quickly identified the benefits of a full-scale water reuse program.