Spectral decomposition of seismic data is widely used for analysis of subtle stratigraphic plays and fractured reservoirs. The seismic data are transformed from the time domain to the frequency domain to generate the spectral magnitude and phase components at every time sample within the seismic data bandwidth. The spectral magnitude and phase components are then interpreted at different frequencies, which is similar to interpreting the subsurface stratigraphic features at different scales. Alternative methods include the traditional Fourier transform, continuous wavelet transform, S-transform and matching pursuit workflows, each having its own limitations and merits.

Although introduced 20 years ago, the spectral voice components have rarely been used in the seismic industry. The voice components can be considered as band-pass-filtered versions of the seismic data. In the frequency domain, the bandpass filter for a given frequency, f, is defined by a Gaussian spectrum with mean μ=f and with standard deviation σ=f such that the bandwidth of the voice component increases as the frequencies increase from the lower end of the bandwidth to the higher end. The corresponding wavelet is called a Morlet wavelet. 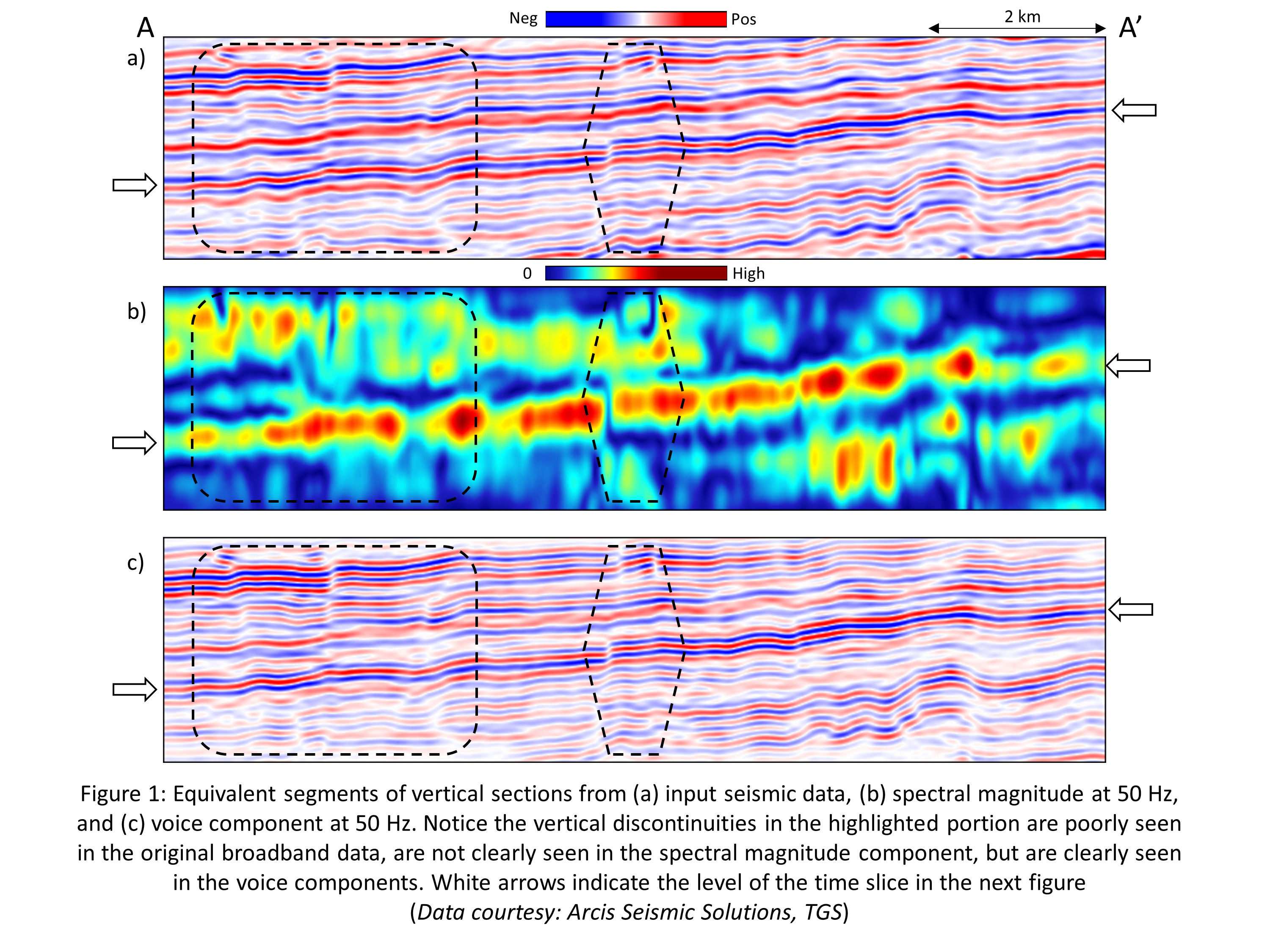 Figure 2 shows a comparison of the coherence strat-slice displays computed from the broadband input seismic data and the narrow-band voice components at 65 Hz, 70 Hz and 75 Hz. Notice the clarity in the definition of the discontinuities of the voice components coherence displays. Such images provide a means of delineating subtle faults with small offset that might be overlooked on the input data. A drawback of this approach is that the interpreter now has multiple frequency volumes to interpret, increasing the interpretation workload. 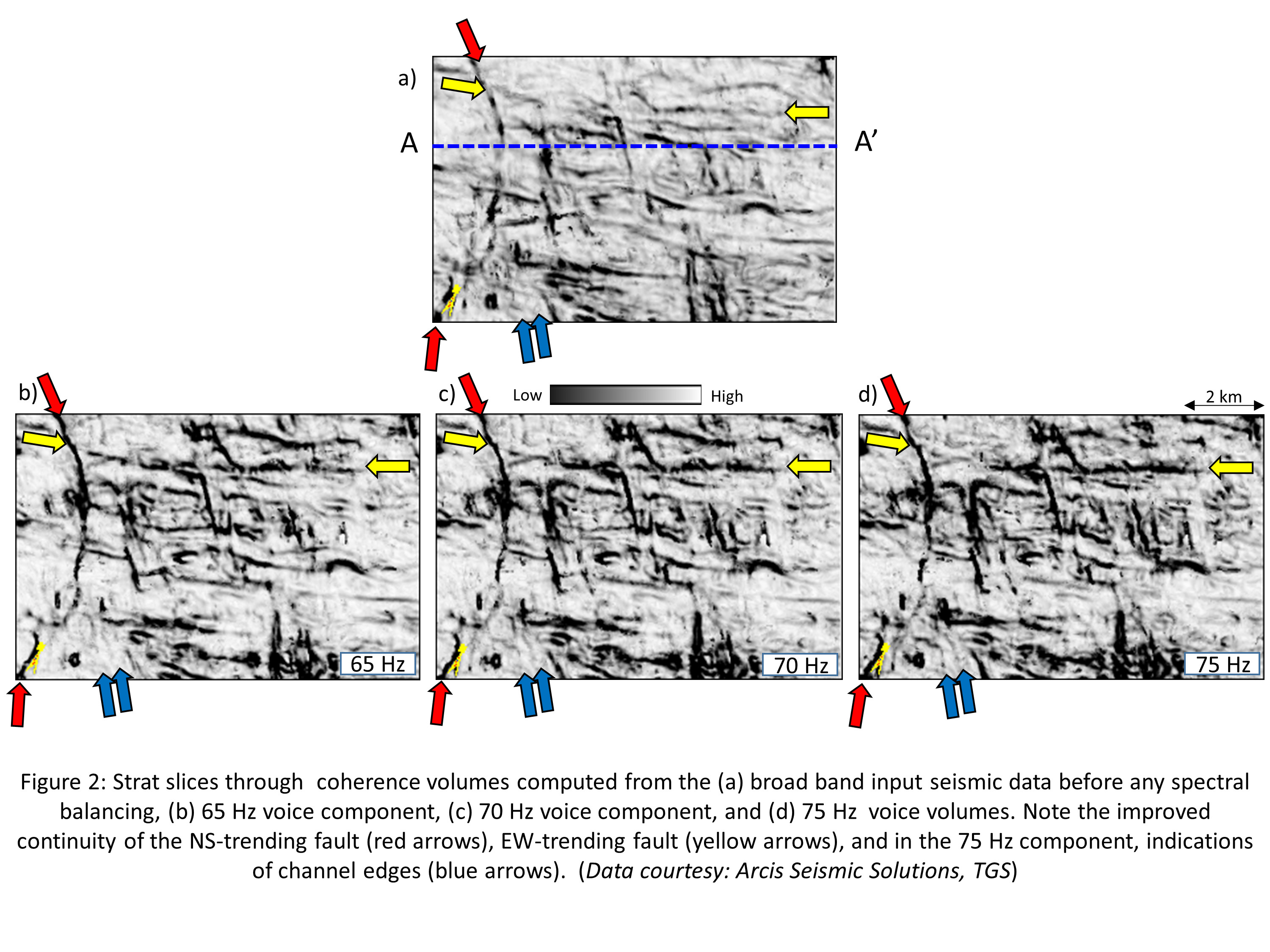 Workload ease
The most common use of spectral component magnitudes is to map stratigraphic objectives at or below the limits of seismic resolution on seismic stratal slices. Specifically, the time thickness of a channel often can be estimated to be T=1/(2fpeak), where fpeak is the frequency of the spectral component having the maximum magnitude. More complete information on seismic geomorphology can be gained by animating through a suite of frequency components or by combining three frequency components using an RGB color scheme. Figure 3a shows such a display, where the coherence attribute computed from the 65-Hz, 70-Hz and 75-Hz voices have been merged using red, green and blue (RGB) colors. By doing so, the detailed discontinuity information available in the three different attributes can be integrated into one display. Where the coherence anomaly appears on all three components, we get black. However, where the anomaly appears on only one component, we obtain the corresponding color. Finally, where the anomaly appears on two of the components, we obtain a cyan-, yellow- or magenta-blended color. Given this observation, note that anomalies that are absent in one of the components are “filled in” when plotted together using RGB.

While RGB color addition provides a means of graphically combining three components of information, principal component analysis provides a numerical means of achieving a similar result. Since the input volumes (the coherence images shown in Figures 2b-d) enhance structural edges, principal components will highlight the most important structural trends consistent in the three data volumes. Mathematically, the coherence volumes are cross-correlated with themselves and each other, forming a 3 by 3 covariance matrix. The first eigenvector of that matrix represents the linear combination of the three input attributes that best represent the energy variability of the three volumes. The first principal component is the correlation between this first eigenvector and the three values at each data sample (or voxel). For good-quality data, one would expect the same fault to be seen on closely spaced (60-Hz, 65-Hz and 70-Hz) voice components.

Acknowledgements
The authors of this article thank Arcis Seismic Solutions, TGS, for encouraging this work and for permission to present these results.

Neptune Energy has conducted the world’s first dual drilling operation from an integrated subsea template structure at the Fenja field in the Norwegian North Sea on May 13. 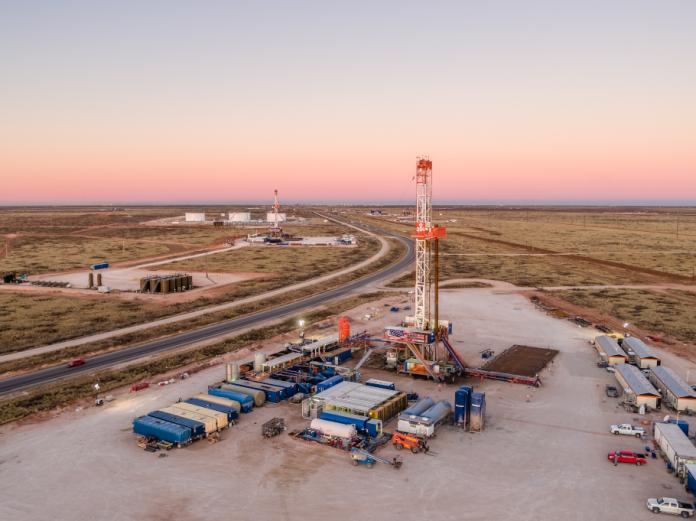 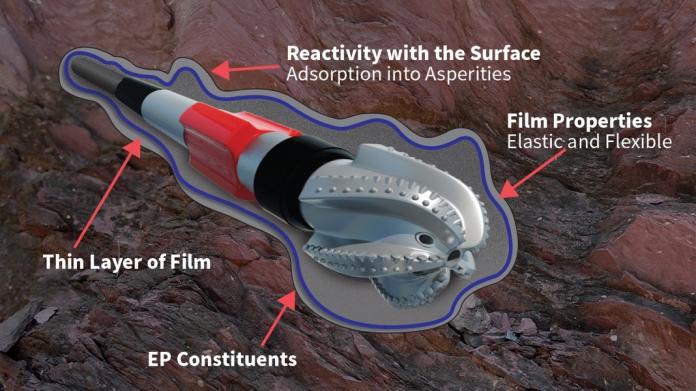 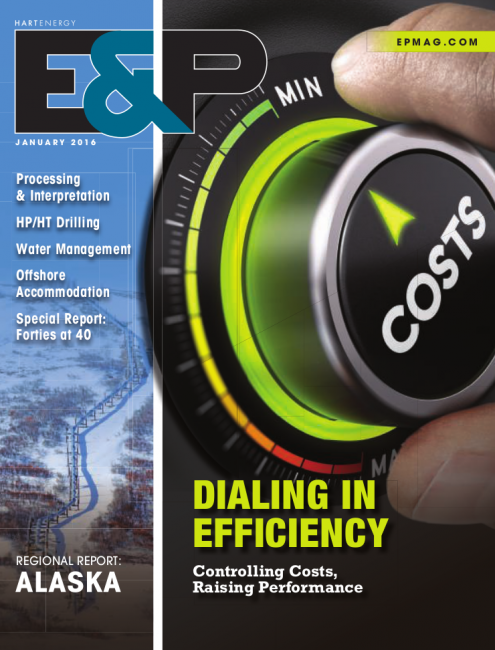