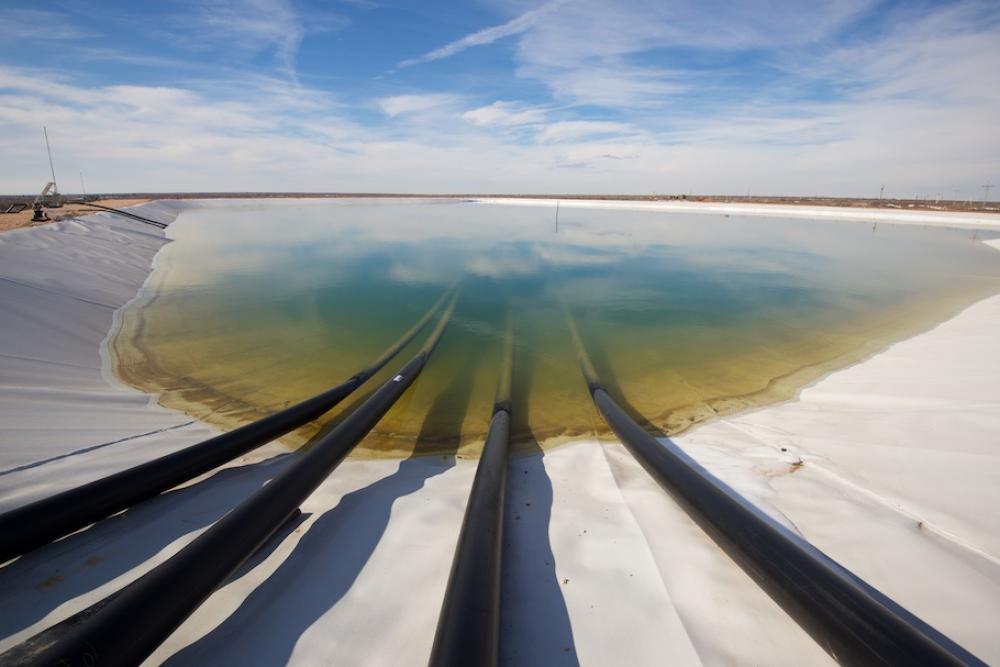 Water and energy development are inextricably linked. In fact, I have used the analogy that we are essentially farming when we recover hydrocarbons buried deep under the earth. Our organic hydrocarbon crop is being harvested from deep beneath the soil using water.  Instead of irrigating to grow the crop, we are using hydraulic fracturing to bring the mature crop to market.

All right, I admit that might be a bit of a stretch. Regardless, water is undoubtedly necessary for unconventional oil and gas development. During my 25-plus years in the industry, we have come a very long way. In the past, water was considered a byproduct or even a waste, whereas today we recognize the value of recycling produced water (PW) and using it for frac supply.

The benefits of recycling PW back for frac supply are numerous. PW is arguably our most drought-resistant source of water. By relying on it as the primary frac supply source, we insulate the industry from concern over the next drought (trust me, it is inevitable).

Recycling PW also leaves other sources (fresh, brackish) for agriculture and municipal uses, thereby avoiding conflict. We essentially create a sustainable water cycle for long-term oilfield development. In today’s climate where everyone is hyper-focused on ESG, it is a no-brainer to recycle PW.

So why do we need a PW recycle standard at all?  The truth is we may not end up needing one. I do, however, feel that it will help us.

From an engineering perspective, we are trying to get from A (untreated PW) to B (treated PW).  By its very nature, A will always be changing. Raw PW composition is extremely variable; it changes hour by hour, day by day, and well by well. Flowback may be lower TDS, but it is higher in suspended solids and polymer. Mature PW will be high in TDS and organics; however, it will be more stable in composition. Mix both together and you get a very challenging and dynamic water source to deal with.

The problem has always been with setting the standard for B—what level of treatment we want to reach. If we can at least fix our goal, then despite A always changing, we at least can build adaptable treatment systems that get us to fixed target B.

In the past, this was nearly impossible as different producers had radically different concepts of what level of treatment is needed. Some wanted boron removed, and others wanted chlorides limited to 50,000mg/L. Producers would often ask that PW be softened to reduce the downhole scaling tendency. It was a mess. Ask 10 different people for their target treatment level, and you would get 10 very different answers.

Today things are much simpler. Pretty much all E&Ps are using massive slickwater frac stimulations, so previous concerns over gel compatibility are no longer pressing. The friction reducers used today are designed to work with brine. I have found that E&P concerns about treated PW quality have migrated from downhole concerns more toward topside concerns. Downhole scaling is not nearly as troubling as it was in the past. In fact, many producers prefer clean brine for frac supply because it more closely matches the composition of the native formation water.

The topside concerns I am referring to include concerns over surface pit storage and transport. Producers want to limit solids in their pits/lines, reduce bacteria growth (and odor), eliminate H2S (safety concern) and eliminate hydrocarbons (no oil sheen allowed on surface pits). As these topside concerns are common to most, if not all, producers, it helps us fix what treatment level B needs to be to address these concerns.

I began my journey to help create a standard starting around 2017.  In my mind, the standard needed to be ridiculously simple—the sort of thing anyone can measure immediately and reliably in the field without the need for laboratory testing or special handling. I was looking for something easy to communicate, along the lines of the API standard for motor oil (5-W-30, 10-W-30, etc.).

If we had this, it would allow these key benefits:

My first attempt to build a consensus began at the Permian Basin Water Management Council in 2018. Doug Park and I proposed a guideline limiting iron and TSS while raising ORP. We ended up getting into a spirited discussion about all the different ways iron can be measured, what ionic state it might be in, etc.  I left this initial meeting somewhat dejected; it felt like an impossible task to build a consensus.

A co-worker of mine, Aaron Horn, made an interesting discovery that led to the next attempt at a standard. After scrutinizing hundreds of water analysis, he discovered that iron was never present in treated brine that simultaneously demonstrated both low turbidity and high ORP.  Since iron is the most challenging thing to measure in the field, we created the SpOT standard and presented it at the PWS annual event in 2019.

SpOT refers to salinity, pH, ORP and turbidity. Morris Hoagland from the PWS was inspired by the concept, and he compiled a distinguished list of industry experts to contribute and published a SpOT guideline, including recommended target levels and treatment methodology. This is the first comprehensive effort to publish an industry standard. 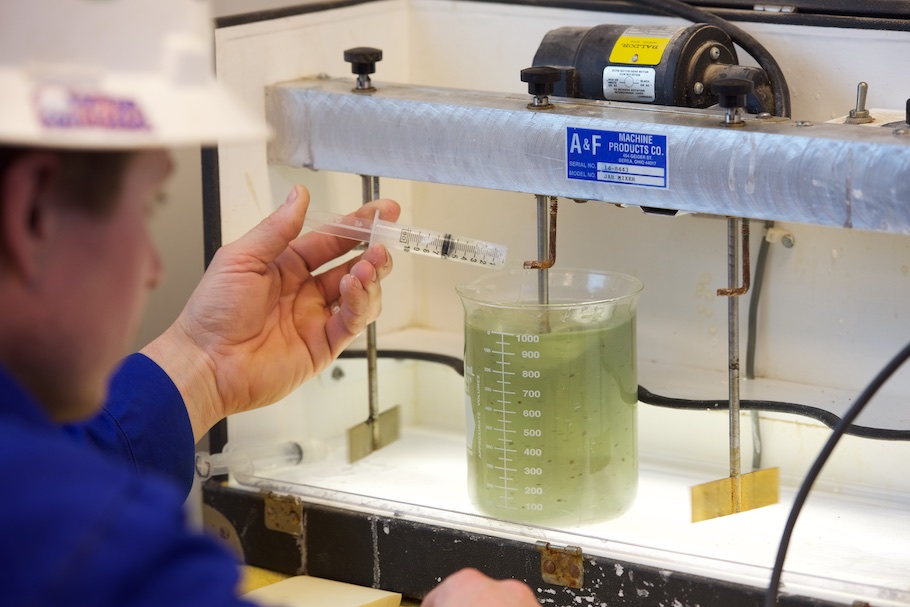 A recent proposed modification to the SpOT standard was sent to me from Mike Hightower and the NMPWRC.  He noted that salinity is not really an important factor to producers (I agree). However, organics are important. As such, the NMPWRC dropped the salinity measurement and added organics measurement. The result is called pHOTO (pH, ORP, turbidity, organics). This is a more robust descriptor of typical pretreatment requirements of concern and offers a catchy and memorable acronym to boot.

While I do like the pHOTO concept, I think it strays somewhat from the radical simplicity I sought initially (organics are generally measured in the laboratory). Having neutral pH, no free oil and no H2S in the treated brine should be assumed and checked only as needed (send in weekly composite samples for pHOTO confirmation). This leaves a very simple field (or online continuous) measurement—turbidity and ORP.  I call this T-ORP, and an example target is treated PW with a T-ORP of 25-250. This means a turbidity of 25 or less NTU, and an ORP of 250 or greater mV. Some companies may require a stricter standard, say a T-ORP of 20-300.

Sound childishly simple? I agree, which is why I like it. Just like when I ask for 5-W-30 oil at my next oil change.

To me, it is not too important whether we pick SpOT, pHOTO, T-ORP or something else altogether. Whatever we end up using will help us communicate and will launch a trend for the industry to follow.  By adopting a standard, we will in effect have commoditized treated PW. This will incentivize competition and unleash the free market to drive ever better solutions.

About the author: Brent Halldorson is a professional engineer specializing in produced water treatment.  He helped launch the first commercial water treatment company in the first U.S. shale play and has been a regular contributor to the field.  Halldorson currently manages Redox Systems as president and also serves as vice president of the Produced Water Society.