Countries that have long dominated offshore production are struggling through a variety of issues while emerging areas tend to offer more appealing fiscal terms to encourage investment, according to a pair of Wood Mackenzie analysts.

There have been some large offshore discoveries in Ivory Coast and Namibia, said Liam Yates, WoodMac’s senior research analyst for Sub-Saharan Africa upstream oil and gas.

Gail Anderson, WoodMac’s research director for Sub-Saharan Africa upstream, added, “Angola and Nigeria used to be the backbone of the African oil and gas industry.” But now, there are “not enough projects coming through,” she said.

Angola dominates offshore West Africa production, Yates said. Most of that output is from deep water, with the shallow-water plays being more mature, he said. 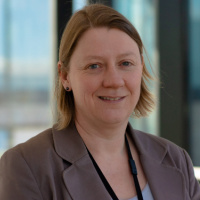 “Angola and Nigeria used to be the backbone of the African oil and gas industry.”—Gail Anderson, Wood Mackenzie Ltd.

Yates said several rigs are drilling offshore and a few projects have been sanctioned, but that E&P companies are cautious about committing to projects when there may be inflated costs associated with tightness in the supply chain.

“We may see more activity if there is more capacity in the supply chain,” he said.

Nigeria is “having a tough time right now,” Anderson observed. Its overall production is down to 1.3 MMbbl/d for the overall country, when typical output is usually around 1.8 MMbbl/d to 2 MMbbl/d. One issue is onshore theft of crude, she said.

Many of Nigeria’s offshore fields discovered in the 1990s have been propping up production, but the fields are starting to mature or are in steep decline, she said.

“There has not been much exploration over the last 10 years” offshore Nigeria, Anderson said. She attributes that to fiscal uncertainty regarding the petroleum act, which took a decade for the country to pass.

The uncertainty offshore Nigeria combined with the region’s reputation for having a “big problem with costs.” Some of that is associated with local content requirements, which complicate the financial and technical picture for potential deepwater projects, Anderson said.

Now, at least, there is clarity around the fiscal terms for Nigerian projects, she added, but that doesn’t mean majors are back to drilling in the area.

The majors who predominantly play in deepwater regions are “reluctant to drill new wells and take great risks without having certainty over the fiscal terms,” she said because they would not sanction a project unless they knew what it was worth.

And when those majors have global portfolios, they are tending to pick the best projects to develop and looking toward places like Ghana, Ivory Coast and Namibia, she said.

“That’s where we’re seeing a lot of new prospects, and projects being developed,” Anderson said.

Guyana, for instance, offers great fiscal terms and has no local content requirements, allowing operators to get a project onstream quickly. “It’s a dream basin to be in. Nigeria’s not like that,” Anderson said.

Similarly, Ivory Coast and Namibia are emerging oil regions that “aren’t bogged down with bureaucracy,” which means fewer barriers to development.

Anderson said countries that aren’t competitive will not get the developments. “That’s the big problem West Africa has, because how competitive are these projects?” she asked.

Eni SpA’s 2021 Baleine discovery off the Ivory Coast holds an estimated 2.5 billion barrels of oil and 3.3 Tcf of associated gas. It is a significant find and the government is “super supportive,” Yates said. 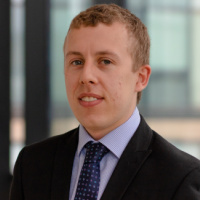 “Venus [offshore southern Namibia] has the potential to be one of the biggest deepwater finds ever made.”—Liam Yates, Wood Mackenzie Ltd.

The Italian oil major aims to have the first phase of the Baleine field onstream next year.

“Eni is fast-tracking development” to get production online, he said, noting the larger full-field sanction is not expected until 2023.

“Venus has the potential to be one of the biggest deepwater finds ever made,” Yates said. “It’s a large structure with a thick reservoir and good quality sand.”

While the wells have to be appraised, she said the companies are excited not just by the size of the finds but also by Namibia’s generous fiscal terms which encourage exploration. In short, she said, Venus and Graff represent a new frontier for West Africa production.

Yates compared these finds to the recent discoveries offshore Guyana.

“They’re of a similar scale,” he said. “It really does have the potential to be the next Guyana.”

2023-02-03 - The EU's ban on Russian refined products will begin Feb. 5 with Russia saying it will unbalance markets.

2023-02-03 - The west was previously Russia's largest energy market but has sanctioned its energy exports since the country's invasion of Ukraine.