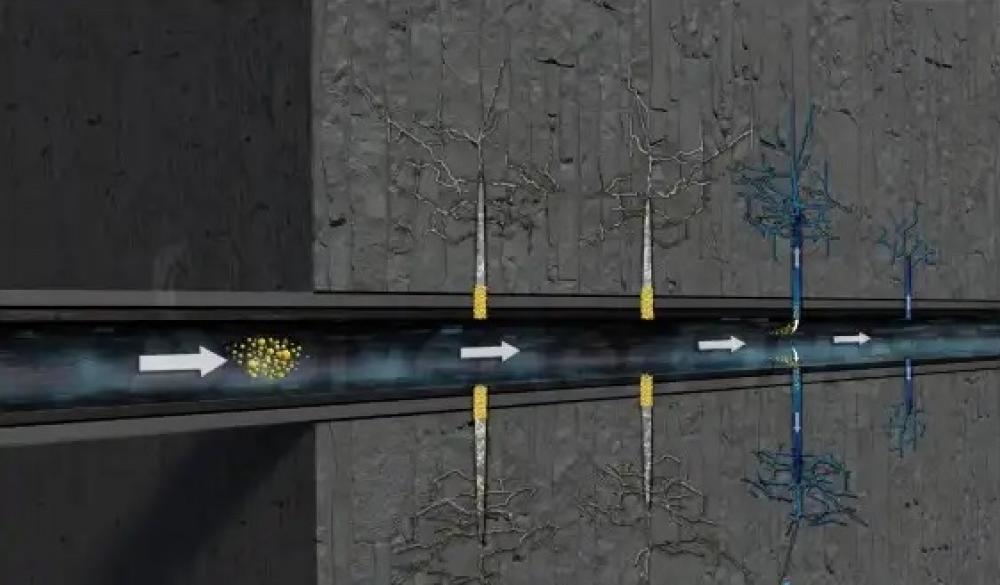 As diverter technology becomes more relevant in wellbore stimulation, DiverterPlus and Seismos have teamed up to advance technologies in the near-field. In the recent SPE Live Tech Talk “The Near-field Drives Production,” representatives from the two companies shared how their partnership and technology help promote near-field stimulation.

Steven Bourgoyne, senior operations manager with Seismos, said his team noticed that a lot of wells that had high near-field stimulation were using diverter services provided by DiverterPlus, so they leapt at the opportunity to collaborate.

Seismos, an intelligence and data analytics company based in Austin, Texas, paired its technology with that of DiverterPlus, a company that provides technology for downhole operations. The partnership was a “natural fit,” according to Bourgoyne.

“In a way, it was a natural connection with DiverterPlus, and so it's something we're looking to build upon,” he continued. “We feel that measuring the near-field is important and expect when you're going to use something like a diverter [you] get an understanding at the end of the day of, ‘Is my diverter working? Should I adjust the volume a little bit? Can I do more with less?’ These are the type of questions that we hope to answer.

“If a client of ours is using diverter, it makes all the sense in the world to want to measure if that diverter is effective or if maybe I need to tweak the volume to us a little bit,” Bourgoyne said. “We have seen clients who are able to progressively change their diverter volume as they transition down the lateral. We do see an impact it has on the near-field, and for us, it makes all the sense in a world.”

Nick Koster, vice president of technology and applications with DiverterPlus, added, “What we're really excited about is [the partnership is] taking diverter from this kind of blind passive process into an intelligent process where we can determine the need for it, respond and then see the efficacy of that response." 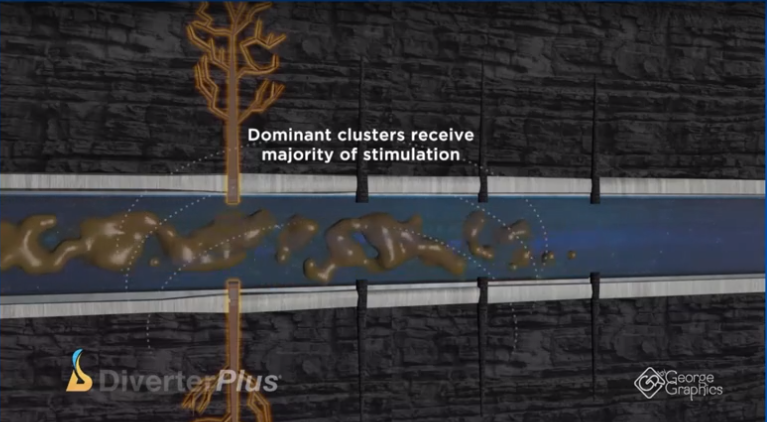 Although the companies' diverter technologies have advanced wellbore understanding, including pressure monitoring, the need for more technology still exists.

“Pressure monitoring has brought us a long way, but at the end of the day, I think we're reaching a point to where we do need other technologies or we do need bigger datasets to truly understand this interaction [between patterns in the data] and how much is good and how much is bad,” Bourgoyne said.

“If I can relate something from, let's say near-field stimulation to production, of course, the next question is, ‘How do I control it?’ We want more distribution of fluid along all of our clusters," Bourgoyne said. "In a perfect scenario, they would all take the same amount of fluid, but it's just a really difficult task to accomplish, especially when you have all these other factors to consider."

As the team gathers data in the field, they learn more about the uses of diverters in downhole exploration, coming closer to closing “the loop between like the lab and the real world,” Koster said.

Koster said it's important to understand more than just how products behave but the effects as well.

“It's very difficult to simulate velocity, let alone the reservoir response," he added. "Anytime you want to produce a downhole measurement that is testing the real-world conditions, now we can begin to understand how the changes we make are affecting things and not just us, but your stimulation design in general. It's a really exciting technology.”