Over the last three years, E&Ps have drilled five times more unconventional and tight gas wells than conventional wells, and about 85% of natural gas production in the U.S. comes from those wells. But emerging subsurface compression technology is causing production companies to rethink strategies for extracting natural gas.

This new artificial lift solution can overcome liquid loading issues and increase the production and recoverable reserves of both existing conventional and unconventional wells. This article examines the issues and technology and provides a detailed comparative analysis of drilling versus subsurface compression in terms of economics, return on investment (ROI) and environmental impacts.

An analysis reveals the use of a subsurface compressor for artificial lift in an existing conventional well can provide 28% more gas and condensate than from a newly drilled and completed unconventional well within the initial 10 years of production at 4% of the capital costs and with 75% less emissions per scf of gas produced. Also, forestalling premature abandonment will delay the high capital costs of safely capping these aging conventional wells, ranging anywhere from $50,000 to $100,000 per well.

Interestingly, 96% of oil wells in the U.S. use artificial lift, and 50% of those wells employ electric submersible pumps (ESPs). Unlike oil wells, however, there has been no economically feasible artificial lift technology for natural gas wells until the recent introduction of dependable subsurface compressors.

All gas wells are affected by liquid loading at one point or another, whether the liquid is condensate or water. The current methods to alleviate liquid loading, such as various types of pumps, can only remove the vertical liquid column in the wellbore to preserve the life of the well, but they do not stimulate more production. Wellhead compressors can also help to extend the life of a gas well, but they are not effective in every well and require high maintenance. Although, wellhead compressors provide volumetric flow, mass flow decreases and, in some cases, increase condensation in the wellbore. Velocity strings also can be effective, but only for a short amount of time. As the diameters of the string are decreased, the friction forces dominate and restrict the flow.

In contrast, new Subsurface Compressor System (SCS) technology increases gas production and recoverable reserves by decreasing bottomhole flowing pressure and causing higher reservoir drawdown. It also carries liquids to the surface by creating higher gas velocities throughout the vertical and horizontal wellbores and prevents vapor condensation by increasing the temperature of the gas when exiting the compressor.

An SCS is the only dynamically controlled downhole tool that can maximize gas and condensate production, recoverable reserves, gas-in-place recovery efficiency and liquid unloading at the same time. All of these benefits can be realized in any type of formation and wellbore geometry in both the onshore and offshore environments.

Economically and environmentally, it makes more sense to increase the production and reserves of existing conventional wells through subsurface compression than to drill more unconventional wells. For comparison purposes, the analysis below is based on a wet unconventional shale well that will produce 3.2 Bcf within its initial 10-year life (not EUR) with a condensate yield of 30 bbl/MMscf. The example also includes a typical conventional well that was drilled in the early 2000s and is producing 574 Mscf/d of gas and 20 bbl/MMscf of condensates with the help of a wellhead compressor. It is important to note that these types of wells typically stop producing within days when the wellhead compressor is removed.

Table 1 presents a comparison of a conventional well’s performance with and without an SCS. For this example, the well does not have a wellhead compressor when producing with the SCS. The analysis is based on the drawdown the SCS provides on the reservoir and the increase in the velocity of the gas that helps carry the liquids to the surface. The simulation results are based on previous trials conducted with the SCS and still being conducted in different regions and formations. For this example, the SCS requires 80 kW of power, and the well requires a workover operation.

Table 1. The data display the current state and SCS implementation comparison for a conventional well in the Frio Formation/El Paistle Field in the Gulf Coast Basin. (Source: Upwing Energy)

Table 2 presents an analysis of 10 years of operation comparing the costs of installing the SCS into a conventional well producing for 20 years versus drilling and completing a new unconventional shale well.

Based on this analysis, the SCS can provide the following benefits:

When comparing the total costs (initial and operational) as well as CO2e emissions per scf produced within the initial 10 years, the results are very convincing toward utilizing artificial lift to increase production and recoverability from existing assets where significant capital has already been deployed and the historical performance of the well enables the performance with the SCS to be modeled with a high level of accuracy.

It should be pointed out that the SCS can be equally impactful for unconventional horizontal shale wells based on trials that have taken place in the New Albany Shale formation. The SCS modeling capabilities for unconventional wells are still under development.

Applying subsurface compression to the Gulf Coast Basin and beyond

If subsurface compression were applied to all of the existing wells in the Gulf Coast Basin, regardless of well type, 32,125 MMscf/d (162%) more natural gas could be produced and 77,212 Bcf (111%) more reserves gained with minimal cost and emissions, as shown in Table 3 and 4. Although the analysis for unconventional and tight gas is not discussed in detail in this article, the projections with SCS shown in the tables below do take into account specific modeling per formation type.

That is only for the Gulf Coast Basin, which represents approximately 18% of the total U.S. production and 14% of the total U.S. reserves. The SCS will be significantly more impactful for the natural gas industry when factoring in all the U.S. basins as well as the South American, Middle Eastern and Asian markets and offshore segments. Many of these conventional wells are already producing at significantly lower volumes due to liquid loading and do not have a sustainable solution.

In the short term, subsurface compressors increase cash flow and generate an attractive ROI by increasing instantaneous gas production significantly (20% to 200%-plus). Long term, they increase the recoverable reserves 20% to 70%-plus by postponing abandonment and preventing liquid loading and formation damages like condensate banking by lowering downhole flowing pressure. By increasing the gas relative permeability and drainage area through the creation of higher gas velocities, subsurface compressors can reduce the number of unconventional wells drilled to minimize environmental footprints. For unconventional wells, in addition to reducing the number of wells drilled, the SCS eliminates the need for the refracturing or CO2 injection methods practiced today.

This comparison highlights the need to obtain more from existing gas assets as economically as possible and is not intended to discourage existing activities in the unconventional segment. With new artificial lift technologies coming to the market, such as the SCS, along with the current economics and regulations, the industry will find a balance between drilling and exploiting existing assets. 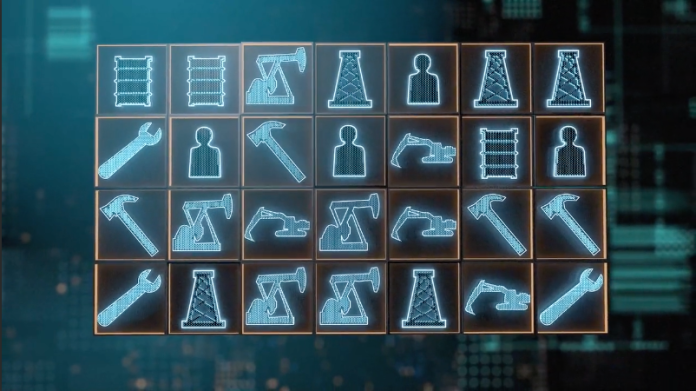 Operators can drastically improve their productivity in well delivery performance by switching to an advanced scheduling system.