A new self-adjusting polycrystalline diamond compact (PDC) bit that can adjust its depth-of-cut (DOC) control characteristics to the constantly changing drilling environment marks a significant step toward autonomous drilling systems and related cost- and risk-reduction benefits. The bit, which has been validated in laboratory testing and full-scale field research wells, overcomes several limitations posed by the fixed nature of traditional DOC control technology to mitigate vibrations while delivering improved ROP.

Introduced in the early 2000s, DOC control technology has emerged as an effective means of mitigating torsional vibrations and has greatly expanded the application for PDC bits. However, PDC bits exert significant influence on stick/slip vibrations of drilling systems, which can cause not only premature failure of drillbits but also bottomhole assembly component damage and twist-offs.

The traditional DOC control technology necessitates a compromise that limits vibration mitigation in some sections of a well and/or ROP potential in other sections. The new self-adjusting bit design alleviates these issues to increase drilling efficiency and reduce nonproductive time.

Fixed PDC bit challenges
Paper SPE-146561, delivered at the 2011 SPE Annual Technical Conference and Exhibition, showed that inhibiting the apparent velocity dependence of torque could mitigate stick/slip. Subsequent research enhanced the DOC technique and proposed guidelines to tune DOC control for a given section of the well since formation type was found to play a major role in instigating stick/slip. Yet several challenges remained.

While conventional fixed PDC bits can be designed to mitigate stick/slip in target sections of the well, proper tuning of DOC control typically requires analysis of offset well data and might involve iterative runs. Laboratory testing and computer modeling accelerated the design process. However, eliminating the iterations remained a challenge, and fixed DOC control can be tuned to mitigate vibrations and deliver optimal performance in only a few target sections of the well.

Despite operating guidelines to mitigate stick/slip vibrations, consistently mitigating this dynamic instability without adversely affecting drilling operations has remained a challenge. Since the drillbit is a major driver for stick/slip, the ideal solution is bit designs that mitigate the problem at its source.

Innovative bit concept
Baker Hughes has developed a bit that can adapt its DOC control characteristics to constantly changing drilling environments and mitigate stick/slip while improving ROP. Control is achieved through a passive hydromechanical feedback mechanism encapsulated in self-contained cartridges that are installed inside the bit blades.

DOC control elements mounted on the cartridges respond to the external loads through strategically designed rate-sensitive retraction and rapid extension strokes. As a result, traditional DOC control is activated only when harmful vibrations are present. It is not engaged in normal steady-state drilling conditions, allowing faster, more efficient drilling.

The bit has three cartridges that isolate the mechanism from the drilling fluid and include pressure/temperature compensation. The compact, replaceable modules enable easy installation into and removal from the bit blades. The mechanism is designed to be fail-safe; failure of cartridges does not fail the bit or severely compromise the run. The bit continues to operate like a standard PDC bit.

During unfavorable dynamic events such as cyclic fluctuations of DOC that can cause stick/slip, sudden changes in DOC in interbedded formations, DOC fluctuations as a result of weight transfer/stacking issues and others, the DOC control elements quickly extend to engage with the formation and absorb part of the weight on bit (WOB), resisting DOC variations at the fast time scales.

Conversely, when changing operating parameters during normal steady-state drilling, the elements gradually retract to enable high DOC without absorbing WOB. As a result, drilling progresses faster and more efficiently in softer sections of the well, in lateral sections with limited WOB available and in similar situations where high ROP is a goal.

The self-adjusting bit initially has its DOC control elements in the extended position. In a well with three diverse sections—with the top section softer and not prone to stick/slip and the bottom two sections with different, stick/slip-prone lithologies—the elements will respond to each section.

In the softer top section the elements will gradually retract over a few minutes until the contact force reaches a small value. At this point the bit will behave like a standard PDC bit and enable faster drilling at a given WOB with no DOC control engaged. As the DOC begins fluctuating rapidly in each of the lower sections, the mechanism quickly extends and engages the DOC control elements and resists sudden inward stroke, creating a large contact force.

The resulting resistance to the increase in DOC prevents stick/slip from developing. If drilling conditions are such that stick/slip develops anyway, the mechanism works on each stick/slip cycle until the stick/slip is either eliminated or its severity is reduced.

Laboratory, field testing
Proof-of-concept drilling tests with an 8¾-in. prototype of a self-adjusting bit were conducted under confining pressures in a laboratory environment. A desirable change in the drilling response was observed at both fast and slow time scales. Additionally, effectiveness of the bit in resisting stick/slip and delivering improved ROP was validated in field tests on a full-scale research drill rig in Oklahoma at a site that offers a variety of formation types.

The bit mitigated stick/slip in multiple formations and expanded the stable operating envelope to deliver more power to the bit, significantly enhancing the drilling performance. In one test comparing the self-adjusting bit with a fixed PDC bit, the fixed bit encountered severe stick/slip above 34 ft/hr (10.4 m/hr) as the drilling parameters attempted to approach the fast and efficient drilling zone of lower mechanical specific energy and higher ROP. The self-adjusting bit reached 90 ft/hr (27.4 m/hr) without exhibiting stick/slip.

The demonstrated potential of self-adjusting PDC bit technology paves the way for expanded field testing in harsher drilling conditions and could represent a significant step toward building autonomous drilling systems. 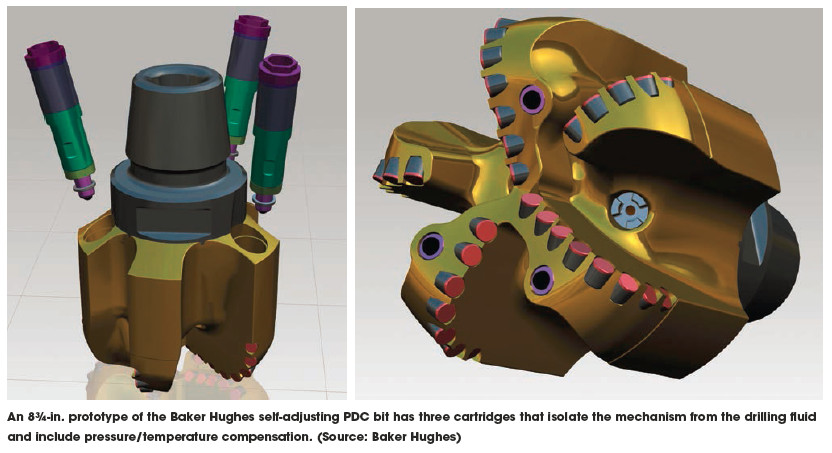 Acknowledgement: The information in this article was adapted from paper IADC/SPE 178815-MS, presented at the 2016 IADC/SPE Drilling Conference and Exhibition. 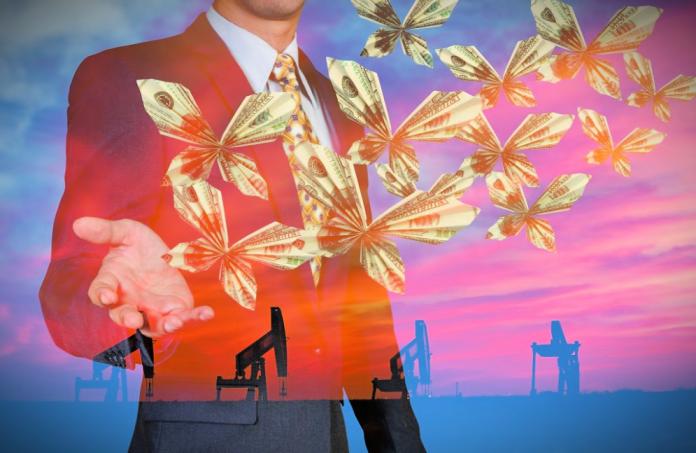 E&Ps are metamorphosing from ravenous, capital-consuming caterpillars to value-oriented, cash-flowing butterflies. But will that be enough for investors? 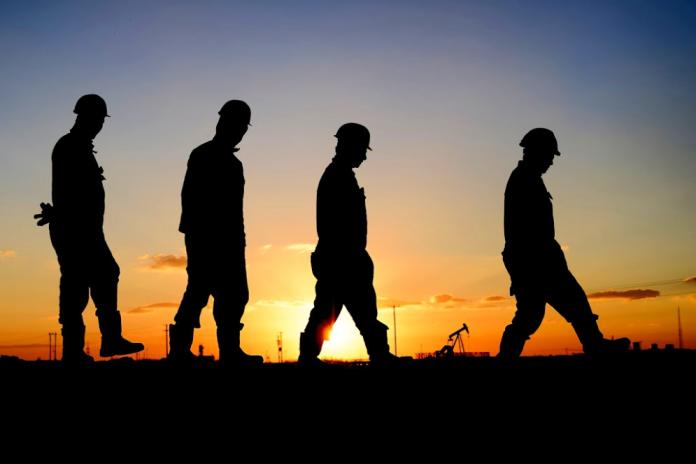