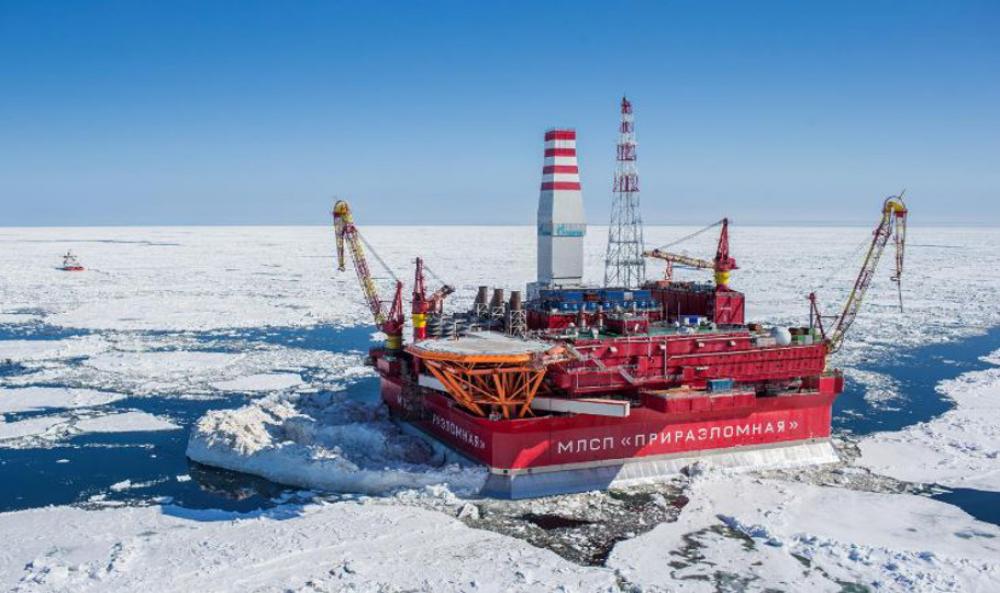 The public furor that surrounded the plans of majors such as Shell with its now-aborted and expensive attempts to explore its Arctic licenses in Alaska’s Chukchi Sea, combined with the continued low oil price, has left most of the polar region in something of a glacial vacuum.

Other contributing factors such as the ongoing western sanctions against Moscow have stranded Exxon Mobil in a frustrating position where it is unable to proceed with its promising exploration joint venture with Rosneft in the Kara Sea, despite having tasted hugely encouraging early drilling success with the Universitetskaya-1 well. Add to this the fact that no offshore wells have been drilled in the Canadian Arctic since 2006, while exploration off the west coast of Greenland in recent years failed to unearth a single discovery, and overall it’s been something of a whiteout.

Recently there has been some good news, with Eni’s Goliat floating production development in the northern Arctic waters of the Norwegian Barents Sea coming onstream in March this year and due to hit about 100,000 bbl/d at peak.

But the most success in the Arctic and sub-Arctic offshore in recent years has taken place almost entirely in Russian waters.

Prirazlomnoye Pioneer
Gazprom Neft’s pioneering Prirazlomnoye project was the first upstream project on the Russian Arctic Shelf, with the field in the Pechora Sea coming onstream in December 2013 after being discovered back in 1989.

Apart from some high-profile media attention in its early days shortly before coming onstream after protesting Greenpeace activists (dubbed the “Arctic 30”) were arrested and imprisoned for two months by the Russian authorities, this remote outpost 60 km (37 miles) offshore has been quietly going about its business.

Gazprom’s Chairman Alexey Miller, in a formal speech at the end of last year, said, “In November the amount of oil output reached 1 million tonnes [7 MMbbl] there, and this vividly demonstrates that we operate this complex and extremely promising region in a productive and safe manner.”

Much of the initial concern from Greenpeace and other observers has centered on oil spill response preparedness and the use by the operator of the ice-resistant Prirazlomnaya facility, in particular because of the reuse of topsides modules sourced from the North Sea’s decommissioned Hutton tension-leg platform. However, the field facilities and infrastructure—currently still the only project on the Russian Arctic Shelf in operation—have so far functioned flawlessly and with no known mishaps in severe environmental conditions that include strong winds and sub-zero temperatures prevailing for almost five months of the year. Ice cover is also in place between November and May, and the polar night period extends over almost two months each year.

506,000-tonne Facility
The zero-discharge platform itself sits on the seabed, held by its own weight of 506,000 tonnes that includes the stone berm created for protection against ice scouring around the oil-storing caisson, which has 3-m (10-ft) high walls covered with two-layer corrosion-proof and wear-proof clad steel plate. This, Gazprom Neft said, greatly exceeds the actual ice loads.

Longer term, the Russian institute Omskneftekhimproekt is undertaking studies on the further modernization of the rig’s drilling installations and other systems with a view toward building the facility’s production capacity toward an eventual figure of up to 115,000 bbl/d by 2020.

The project’s chief engineer, Vyacheslav Rovensky, outlined the objectives to Russian news agency TASS. The planned upgrade, aside from the drilling installations, includes various energy and technological equipment as well as systems for automatic safety control, navigational systems, and radio and telecommunications systems. “This means that we will reach a projected level of 100,000 bbl/d, ensuring a nonstop process of drilling, production and transport of oil in an amount of 5.5 million tonnes to 6 million tonnes (42 MMbbl) annually,” Rovensky said toward the end of last year.

Sakhalin Sailing On
Although Russia’s northernmost waters are where much attention is being focused, its long-established sub-Arctic producing zone in the Sakhalin area off its far eastern shore is continuing to gradually ramp up its output levels.

The project has achieved a growing number of world records. Last year a new record for extended-reach drilling was achieved when the O-14 well on Chayvo reached a measured depth of 13,500 m (44,293 ft) and a horizontal reach of 12,033 m (39,480 ft). The well was completed in 156 days and meant that the Sakhalin-1 consortium holds drilling records for nine of the world’s 10 longest wells.

However, the biggest event last year was the start of production from the third of the three fields that make up Sakhalin-I, Arkutun-Dagi. Operated by Exxon Neftegas with its partners Sakhalin Oil and Gas Development Co. Ltd., ONGC Videsh Ltd., and Rosneft affiliates Sakhalinmorneftegas-Shelf and RN-Astra, the field is located 25 km (15.5 miles) northeast of Sakhalin Island in 40 m (131 ft) of water.

The field’s large concrete gravity-base structure facility, named Berkut, achieved several firsts, including the world record for the heaviest integrated topsides installed by floatover method in open sea. The total weight of the facility is about 42,000 tons.

Business As Usual
The fact that so little is heard about the Sakhalin-II project at present, meanwhile, speaks volumes. The Sakhalin Energy Investment Co.’s project continues to pump oil and gas from the Lunskoye and Piltun-Astokhskoye fields in “business as usual” fashion. The consortium, consisting of Gazprom, Shell, Mitsui and Mitsubishi, has been quietly producing oil from Piltun-Astokhskoye via the Molikpaq platform in the Sea of Okhotsk since 1999. The Piltun-Astokhskoye B facility and the Lunskoye gas field, both drilled and produced via concrete gravity-base structures, began producing in 2008. About 12 million tonnes (107 MMboe) of LNG and 5.4 million tonnes (38 MMbbl) of oil were produced from Sakhalin-II in 2015.

On Gazprom’s Sakhalin-III project, meanwhile, there is the prospect of more activity following on from the pioneering first subsea development in Russian waters when the operator brought the Kirinskoye gas field 28 km (17 miles) offshore the northeast coast of Sakhalin Island onstream in late 2013.

Although some way off, the next development is likely to see the Yuzhno-Kirinskoye gas-condensate field, discovered in 2010, brought onstream within the next five years following further exploration activity. It sits 6 km (4 miles) to the southeast of Kirinskoye in water depths ranging from 110 m to 320 m (361 ft to 1,050 ft). Development of this sub-Arctic field is planned to get underway in 2018.

The above activity illustrates that while the rest of the upstream world is proceeding at a glacial pace, Russia—despite the West’s ongoing economic sanctions against it—possesses nearly 60% of the Arctic’s estimated hydrocarbon resources and has firmly established itself as the region’s current major player.

In 2019, producers across the Permian Basin flared and vented 293 Bcf of gas but flaring has declined as producers implement emissions reduction measures.

The recent working interest divestitures and royalty acquisitions are expected to have a neutral effect on overall production during 2022, says PHX Minerals in a company release.