By many industry estimates more than 90% of all producing wells worldwide require some form of artificial lift to bring hydrocarbons to the surface at economically viable rates. As production declines, various forms of artificial lift can be implemented to maximize recovery. However, common challenges associated with the retrofitting process—including securing and deploying a workover rig, incurring nonproductive time (NPT) and deferring production—can sometimes erase the profit of a marginally economic well, forcing the operator to devalue the asset or abandon it altogether.

In extreme cases, a workover rig can cost $50,000/day. Depending on the region of the world in which they operate, companies deploying rigless lift systems can decrease their overall opex spend by 37% to 95% and reduce NPT by 67% to 99%.

A straightforward way to reduce workover costs is to remove the workover rig from the equation. A number of artificial lift solutions, some new, some underutilized and each with its own application window and benefits, can be deployed using wireline, coiled tubing (CT)or COROD continuous rod.

Hydraulic jet pumps lift production to the surface by means of injecting a pressured power fluid through a tubing string. As the fluid travels downhole through the jet pump to the nozzle, the Venturi effect draws reservoir fluid into the pump throat where the fluids combine. The mixture transfers to the pump diffuser and is raised to the surface by increased pressure.

The popularity of hydraulic jet lift has grown because of its use in fracturing fluid recovery systems and its ability to operate in sandy and harsh conditions.

Jet lift can efficiently produce wells at rates of more than 20,000 bbl/d and is becoming an economical replacement for electric submersible pumps. After initial completion, jet pumps can be quickly and easily serviced onsite by reverse-circulating the pump to surface, changing out the throat and nozzle and then pumping it back downhole. This process can be completed by hand at the wellhead in about 1 hr (Figure 1).

An Eagle Ford Shale operator has experienced significant benefits from installing a CT jet pump assembly in place of a conventional reciprocating rod lift system. Between avoiding the need for a workover rig and nearly doubling production rates, the operator achieved return on investment in less than three months.

Gas lift provides a proven means of boosting dwindling production or reactivating dead wells. A commonly deployed rigless gas-lift installation method includes a tubing packoff assembly, a wireline-deployed solution used to isolate and control communication between the tubing and the annulus. Packoffs can be applied in previously free-flowing wells that now require gas lift to deepen the injection point on existing gas-lift wells or to bypass areas with damaged components.

An operator in the Middle East used such a solution to restore gas production in a well with a dual completion that had not produced for six years. Weatherford installed two tubing packoffs with gas-lift valves in each tubing string using standard slickline intervention equipment and techniques. The operator avoided the need for a workover to retrieve the completion and run gaslift mandrels, which saved $1.25 million in intervention costs. The solution enabled the operator to immediately restore production in the well, which now consistently produces about 4,000 bbl/d—a near-instantaneous return on investment.

Plunger-lift systems offer a reliable, time-tested method for deliquifying and restoring production in liquid- loaded wells. There are many types of plunger-lift solutions to choose from, depending on well conditions such as pressure, fluid volume and gas velocities (Figure 2). Traditional plunger-lift systems can be completely installed using slickline in a matter of hours, making plunger lift the quickest, most economical way to restore production. Additionally, plunger-lift assist can be added to gas-lift systems to boost production on aging wells.

Often, the repetitive cycling of the plunger helps keep the well free from mitigating solids such as paraffin. This can substantially increase production efficiency. An operator in Kazakhstan was able to improve efficiency and reduce capital costs by 300% after replacing a previous lift system with plunger lift. 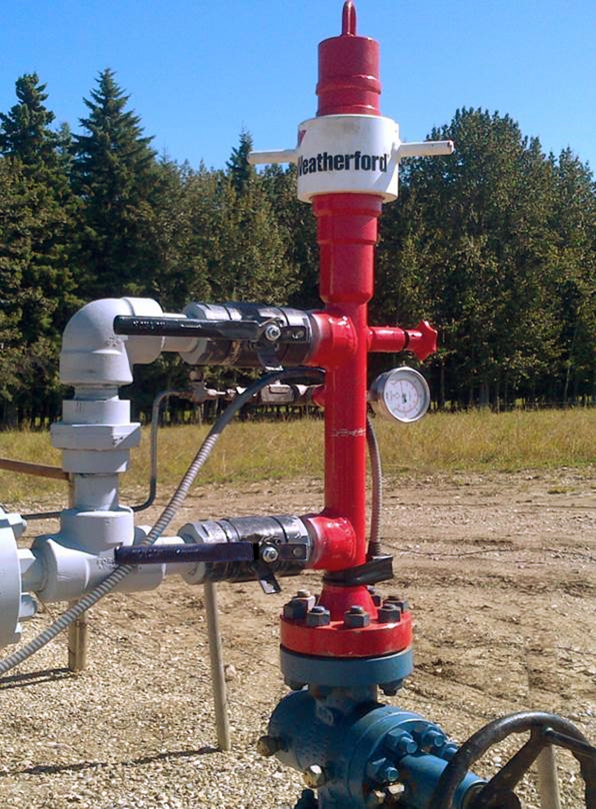 Reciprocating rod lift is one of the most widely used forms of artificial lift. A newer variation on this standard is the Weatherford COROD system, which replaces traditional sucker rods and couplings with a single continuously manufactured rod that eliminates couplings and significantly reduces the load, wear and horsepower requirements.

The introduction of insert pump anchors provides a rigless alternative to traditional servicing by a workover rig. These anchors are designed to set in wells not equipped with pump-seating nipples. They can be raised, lowered and reset using the Corig system without the need to pull the tubing.

One example of the results achieved using an insert pump anchor occurred in a marginal oil field in Tunisia, where the technology helped the operator overcome the dual challenges of high workover costs and deferred production. A conventional workover solution took three days at a cost of about $83,000/well. In contrast, the rigless COROD installation required less than two days and saved the operator about $58,000/well for a total savings of $1.7 million on the 30-well project.

Utilizing a capillary injection system, an operator can use capillary tubing as a conduit deployed within the production tubing string to inject production enhancement chemicals. These chemicals can be used to treat solids, combat corrosion or inject surfactants on loaded gas wells.

An operator in the Marcellus Shale play increased production by 11.3 MMcm/d (400 Mcf/d), resulting in about $1,200/day and $438,000/year in additional revenue, after installing a capillary injection system on a liquid-loaded gas well.

COROD and Corig technologies also apply to progressing cavity pump (PCP) installations. The recent introduction of insertable PCP (I-PCP) systems and anchors makes PCP systems more efficient. I-PCP systems can be installed inside the production tubing via a COROD or conventional sucker-rod string from a Corig unit. I-PCP anchors allow I-PCPs to be run, landed, adjusted and operated without having to pull the tubing string, thus saving on well servicing time and pump changeouts.

An operator in the Middle East was able to significantly reduce intervention costs by installing an I-PCP pump and anchor in a vertical oil well. The overall operational time for the I-PCP installation using a Corig unit was only 18 hours compared to the two days to three days of downtime typically associated with using a workover rig. Total intervention costs dropped by nearly 80%, saving the operator $28,500/well.

Rigless interventions in the wellbore are just one option for production optimization. Rigless lift solutions for offshore wells completed with subsurface safety valves also are available. Lift systems can be further enhanced with software and hardware at the surface.

In summary, there are many ways to optimize production without ever using a workover rig, and the value of using these methods is clear. With rigless artificial lift intervention and automated monitoring tools, operators will consistently see faster returns on investments.