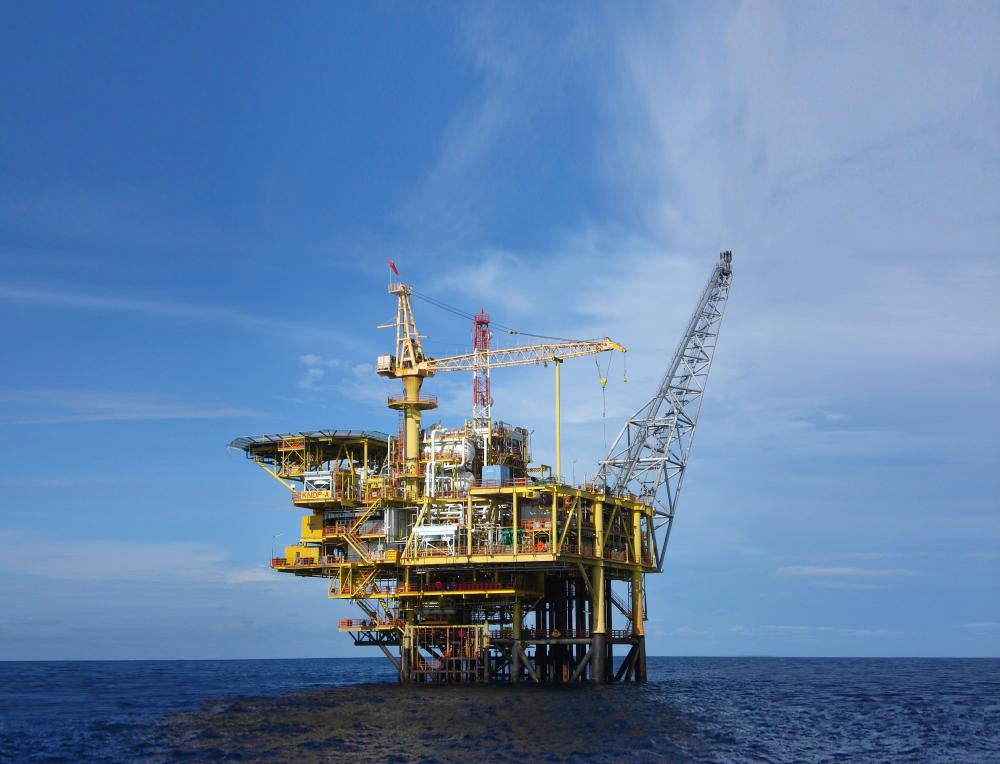 Repsol owns mineral rights in six development blocks in Malaysia. In 2017 the company’s net production in the country was 8.2 MMboe. (Source: Repsol)

As a result of declining oil production in the region’s aging fields and stagnating exploration successes, as well as oil majors looking elsewhere for more favorable projects, the Southeast Asia oil and gas sector has seen its position on the global energy map depreciate.

Wood Mackenzie estimates that almost 800 MMboe of the region’s resources “have left the hands of majors and IOCs [international oil companies],” and 65% of the region’s production comes from mid-life and mature fields.

“Since the fall in oil prices in 2014, oil majors and international oil companies have accelerated a shift toward resource themes and regions offering higher returns, lower complexity and shorter time frames, away from the more challenging regions such as Southeast Asia,” Wood Mackenzie stated in a report on the region.

According to Rystad Energy, total production in the region has steadily declined since 2015, and it is expected to continue if recent major finds stall in the development process.

“Ramping up projects in the early development phase were able to offset mature declines in the last couple of years, but in the long term, total supply from Southeast and East Asia is set to decline to around 10.4 MMboe/d by 2025, compared to 13.1 MMboe/d in 2017,” the analyst stated in a recent report on Southeast Asia.

KBD-2X discovery
In February Repsol and its partners PETRONAS and MOECO announced what they said was the largest gas find in Indonesia in nearly two decades and among the 10 largest finds worldwide in the last year. According to Repsol, the KBD-2X well in South Sumatra discovered at least 56.6 Bcm (2 Tcf) of recoverable reserves, and the company will continue exploration work in the block and plans to drill an additional appraisal well.

Harwood said there is potential for the volume estimate to increase as appraisal of the find progresses. He added that Repsol and Indonesia will likely look to fast-track the development of the discovery.

Wood Mackenzie reported that in the near to medium term, the KBD-2X discovery will partially offset the declining production from other domestic fields and reduce reliance on LNG.

Abadi
Discovered by INPEX in 2000, the Abadi gas field in the Timor Sea is estimated to hold about 283 Bcm (10 Tcf) but remains undeveloped. Shell is a nonoperating partner on the project with 35% interest. In 2015 the project partners submitted a plan of development to the Indonesian government for a floating LNG development concept, but in 2016 the government rejected the plan.

According to Wood Mackenzie, the Indonesian government favored the onshore LNG development hoping that it would better benefit the local community and enable higher local content.

INPEX subsequently entered into discussions with the Indonesian government to “secure economic efficiencies,” according to the company, and conducted pre-FEED work based for an onshore LNG development scheme with annual LNG production capacity of 9.5 MMtons. Currently, INPEX is in discussion with the authorities on the plan of development.

According to INPEX, the Indonesian authorities recognized the Abadi LNG Project as a National Strategic Project in June 2017, and the project was given Priority Infrastructure Project status in September 2017, which INPEX said could result in an acceleration in licensing processes. The production-sharing contract between INPEX and the Indonesian government runs through 2028, but negotiations are continuing to extend that deadline another 20 years.

“Given the number of uncertainties surrounding the development of Abadi, we believe it is unlikely that an FID [final investment decision] can be achieved before 2020, or first LNG production before 2026,” Wood Mackenzie reported.

Future projects
Despite generally downward production trends for the Southeast Asia region, there are still a number of developments on the horizon, in addition to Abadi and KBD-2X. According to a recent report by GlobalData, there are 47 oil and gas projects that are expected to start operations in six countries through 2025.

Of those projects, 22 have identified development plans and 25 are in the early stages undergoing conceptual studies with expected approval, according to GlobalData.

The report states that the key projects are expected to contribute about 197,000 bbl/d of oil and 260,515 cu. m /d (9.2 MMcf/d) of gas production. Of the projects planned, Malaysia will produce nine, with Indonesia contributing eight and Vietnam three. Indonesia has 10 projects that have been officially announced, with Malaysia announcing nine and Vietnam five, according to GlobalData.

Meanwhile, Exxon Mobil is moving forward with its Blue Whale project, discovered in 2011. Ca Voi Xanh, or Blue Whale, is located in Block 118 offshore Vietnam and is the country’s largest gas field with 150 Bcm (5.2 Tcf) of reserves. According to the company, the development consists of an offshore platform, a pipeline to shore, an onshore gas treatment plant and pipelines that supply gas for power generation for four power plants.

Exxon Mobil is targeting 2020 for an FID on the project.

Looking ahead
As IOCs look elsewhere for more economic and less prohibitive opportunities, regional players are stepping into the vacancies. Companies like JXTG, Mitsubishi, POCO, Kufpec, Medco Energi, Saka Energu and others have been accumulating assets.

According to Wood Mackenzie, companies like these have acquired more than 600 MMboe of resources in Southeast Asia while seeing production increase from 260,000 boe/d in 2008 to more than 675,000 boe/d in 2018.

“As the majors and IOCs relinquish assets in Southeast Asia, national oil companies will inevitably have greater roles to play to prevent domestic production decline,” said Ashima Taneja, Wood Mackenzie senior research manager. “Partnering with those who still consider the region as core will be critical in delivering the message that the region is still open for business in the upstream sector.”

2022-09-30 - Forge Interests LP retained Detring Energy Advisors for the sale of its oil and gas overriding royalty interests (ORRI) located in the active core of the southern Delaware Basin.

2022-10-19 - A private seller retained EnergyNet Indigo for the sale of a multibasin minerals and royalty interest opportunity including Permian Basin, Williston, Eagle Ford, Marcellus and the Midcontinent.