The Interior Department recently proposed stricter changes for offshore well control, which some in the oil and gas industry deem unnecessary and costly.

In mid-September, the Interior’s Bureau of Safety and Environmental Enforcement (BSEE) announced the rule changes amending the BOP systems and well control rule issued in 2019. The Obama administration proposed the original set of rules in 2016 to prevent a catastrophe like the Deepwater Horizon oil spill of 2010 from recurring. However, in 2019, President Trump revised that rule,  focusing on “smarter regulations that provide regulatory certainty, signal American competitiveness, advance energy security, and sustain economic prosperity while promoting safety,” according to the Department of the Interior.

The 2022 well control rule revisions proposed by the Biden administration aims to rectify accusations made by environmental groups, such as Earthjustice, which had sued the Trump administration for ignoring the expert findings that went into the original rule and failing to consider the harm the rollbacks could do to offshore safety.

“Protecting human lives and the environment has always been BSEE’s highest priority, and this proposed rulemaking will further ensure safe and environmentally responsible offshore energy production,” said BSEE Director Kevin Sligh in a statement accompanying the proposal on Sept. 12. 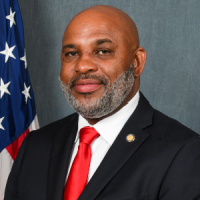 “The goal of this proposed rulemaking is to improve the reliability of equipment and systems in order to protect workers’ lives and the environment from the potentially devastating effects of blowouts and offshore oil spills.”—Kevin Sligh, Bureau of Safety and Environmental Enforcement

The new rules require more frequent testing of BOPs by accredited organizations and have no tolerance for operators failing to report data.  Specifications on BOPs are also tightened, as they must follow the dual shear ram requirements and must be able to close and seal the wellbore to the well’s kick tolerance design at all times. Dependability of the equipment used out at sea is the overarching theme of the proposal.

“The goal of this proposed rulemaking is to improve the reliability of equipment and systems in order to protect workers’ lives and the environment from the potentially devastating effects of blowouts and offshore oil spills,” Sligh told Hart Energy.

Despite the proposal seeming to be a boon to the safety of both the workers and the environment around them, there are some that don’t agree with the revisions.

“It’s a layer of unnecessary regulation on an industry that knows how to make sure the environment is protected and that their people are protected,” said Mark LaCour, a member of API's Houston chapter.

The new BSEE rule adding additional monitoring and inspection of a BOP system will mean companies will be required to inspect a BOP twice every 10 years instead of once every 10 years, according to LaCour.

“Every time you pull a blowout preventer up, you put people in danger,” he said. “You have to have people to do that work. And so by having the job done more often is more chance of having somebody get hurt or, unfortunately, maybe even killed.”

The 2019 version of the well control rule had a focus on supporting American competitiveness and economic prosperity. According to the official BSEE announcement in 2019, it removed requirements for some regulatory processes that were seen as “burdens.” The streamlining of these processes was said to make operations more cost-effective, which in turn was believed to be a positive for the oil and gas industry, money-wise.

LaCour believes these changes are “adding cost to our industry.”

Regarding the potential economic effect of the proposed rule, BSEE’s Sligh said they are “unlikely to have any significant adverse effect on the production or transportation of offshore energy,” with most of the costs attributed to ROV requirements. The primary goal of the revisions is to protect everything involved in the offshore drilling process.

“The proposed revisions strengthen and modernize offshore energy standards and oversight by building upon a number of the reforms BSEE has instituted since the Deepwater Horizon tragedy in 2010,” he said. “Although we are transitioning to cleaner energy sources offshore, we must still vigorously safeguard workers and the environment by promoting responsible offshore oil and natural gas production.”