The length and severity of the downturn has forced operators to find new ways to increase production. Among North American E&P companies, two primary methods have emerged: confining drilling to top-tier acreage and introducing more aggressive completion designs for new wells (Figure 1). Since implementing these practices operators have realized annual productivity increases of 15%, up to an average 30-day IP rate of 3,800 bbl per 305 m (1,000 ft) of lateral. Based on these observed IP increases McKinsey Energy Insights (MEI) anticipates North American shale basins can sustain a 10% to 35% increase in proppant loading intensity before becoming uneconomic at an oil price of $50/bbl.

Each play’s relationship between proppant intensity and IP is different. There is a point at which the optimal net present value (NPV) is reached and pumping additional sand into a well becomes uneconomic. However, identifying where this “sweet spot” exists is not straightforward. As an example, MEI analyzed the different optimal points for the Bakken Shale and the Delaware-Wolfcamp subplay of the Permian Basin by examining the impact of increasing proppant intensity on NPV.

The Bakken was one of the first shale plays in which operators began extensively applying unconventional drilling techniques. Completions data from firsthalf 2017 indicate that although lateral lengths have changed relatively little over the past year, operators have continued to push the limits on proppant intensities. Average loading has increased from about 800 lb/ft in 2016 to nearly 1,000 lb/ft as of mid-2017.

A sensitivity analysis on proppant intensity shows that operators in the Bakken have limited growth potential from current intensity levels before the incremental pound of proppant negatively impacts NPV, which is observed after about 1,100 lb/ft (Figure 2). Given the speed at which proppant usage is increasing in the Bakken, it may reach this point as soon as the middle of the year, after which additional moves toward higher proppant intensities will likely diminish the value of the well.

Although this NPV analysis is based on average proppant intensities and well productivity characteristics for the entire basin, the Bakken appears to be quickly approaching a limit to its proppant intensity levels.

Characterized by strong growth and low breakeven prices, the Permian Basin has experienced rapid changes in well design as operators test evergreater proppant volumes in the Midland and Delaware subplays. Since 2014 proppant volume per well in this region has more than doubled as operators began using low-cost local sand in fine-grain completions.

This trend toward greater proppant loading comes as sand suppliers have announced a surge of in-basin supply— more than 40 million tons of local sand capacity has been announced. MEI expects Permian proppant demand to increase from 13 million tons in 2016 to 38 million tons this year. As a result, MEI expects to see relatively high utilization rates (about 70%) of this cheaper, fit-for-purpose supply. Interestingly, even if the price of proppant increased by 50%, the optimal proppant loading per shale play would not significantly change, although the NPV would decrease, indicating the relative resiliency of the “high proppant intensity” trend to pricing.

As in the Bakken, the productivity gains achieved by increasing proppant intensity will vary based on the acreage’s position in the Permian Basin and differences in the underlying geology. Nonetheless, signs indicate the Permian Basin will continue to observe sustained growth in proppant demand, benefiting proppant suppliers and service companies in the region.

Assuming that the projected demand materializes and that supply exists to meet it, there remain two major factors that could create headwinds for the proppant market: transportation logistics and pressure pumping capacity. Challenges with proppant transportation tend to center on last-mile logistics as the proppant is moved from a rail station to the wellhead via truck. West Texas roadway infrastructure in particular has become progressively more congested as each well requires delivery of several million pounds of sand. Similarly, the growing rate of drilling over the past year has stretched existing service crews beyond available capacity. Hiring sufficient workers has been difficult for both service types.

The demand for North American shale oil is integral to the global oil supply stack. Demand for proppant will grow in basins like the Permian, which exhibits strong drilling activity recovery and capacity to increase proppant intensity levels. The need to pump more proppant may put continued upward pricing pressure on completion-related oilfield services, which have already seen 20% to 30% increases in the past year. Even with this potential rise in costs around services, the resulting production gains and increases in well NPV will keep shale oil production profitable at prices of $50/bbl. With the high likelihood of maintaining profitability and competitiveness in a lowprice environment, North American shale oil will continue as a key contributor to the global oil supply stack for the near- to mid-term future.

McDermott International Inc. has been awarded a sizeable technology contract on Nov. 7 by Formosa Chemicals Industries Ningbo Ltd. for the technology license and basic engineering services for a grassroots alpha-methylstyrene (AMS) recovery unit in Ningbo, China. 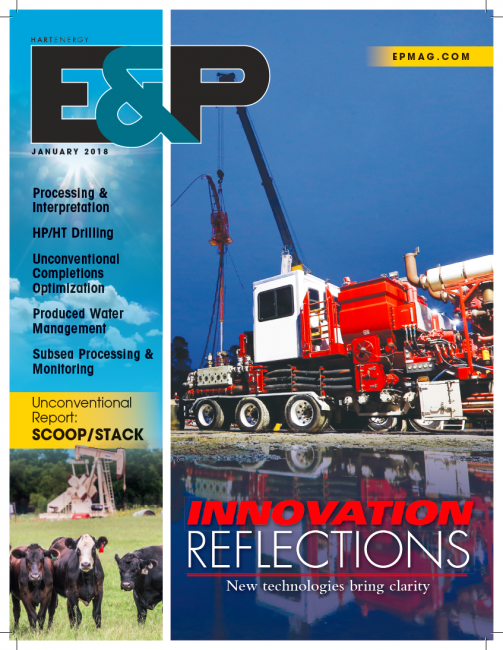