A combination of mass digitalization and the energy transition is set to transform the oil and gas C-suite—opening a traditionally insular industry to a wave of executive talent from the technology and renewables industries. This will see the conventional profile of an oil and gas executive expand beyond that of industry insiders to include values-driven tech evangelists who are moved by a social mission as well as money. Many future oil, gas and chemical executives will be tech-optimists who believe tech innovation drives societal progress, therefore giving digital technology and renewable energy more boardroom representation.

This shift results from a perfect storm of changing circumstances. Many traditional job roles were reduced during boom-and-bust cycles and the recent shift from oil and gas to clean energy, reducing the pipeline of potential leaders within industry ranks. Digital transformation and a transition from traditional to renewable energy has also driven demand for executive skills from outside industries while creating competition for oil, gas and chemical talent from tech and renewable firms.

Cumulatively, this will require a radical revamp of the industry’s image to attract a new profile of future executive and compete for talent against other sectors. A failure to adapt to this could create a looming leadership skills gap as the industry struggles to fill the shoes of retiring titans.

The pipeline of titans runs dry

The oil and gas industry is witnessing a so-called Great Crew Change due to the combination of an aging workforce nearing retirement and the pipeline of in-house replacements running dry. Mass layoffs during boom-and-bust years saw the loss of vital skills and experience, robbing oil and gas firms of many potential future leaders.

An entire generation was lost during the great industry downturn of the 1980s when 6,000 U.S. companies went under while the sector shedded more than 200,000 additional jobs following the 2014 oil price collapse.

With the current workforce averaging 44 years of age, this has produced a major inter-generational talent gap and left the industry approaching a retirement cliff edge.

Simultaneously, oil and gas firms are facing renewed competition for their leadership talent on two fronts. The relocation of many Silicon Valley tech giants to the oil, gas and chemical hub of Texas has created lucrative potential career moves for executives with fungible tech expertise. The burgeoning renewables sector is also increasingly luring leadership talent away, with more than half of all oil and gas workers now interested in transitioning to green energy roles. Tech and renewables appeal to a younger generation of workers due to their association with technological innovation and environmental sustainability. With most oil and gas firms now investing in renewable energy and digitalizing their operations, oil and gas leaders also have skills that are seamlessly transferrable to the digital and green energy sectors. Furthermore, these industries also offer more secure long-term employment than a cyclical industry with a somewhat uncertain future.

At the same time, growing automation of many traditional junior oil and gas functions is removing key rungs in the conventional leadership career ladder, creating a future generation that will have major gaps in their experience. Cumulatively, an increasingly restless or retiring leadership workforce and a lack of in-house replacements mean oil and gas firms must dramatically widen the leadership talent net and look for future leaders outside the traditional profiles and places.

The perfect storm of a limited leadership pipeline, alongside digital transformation and the energy transition means the sector needs to recruit leaders from areas such as technology and renewables.

With growing demand for digital and green energy tech skills in oil and gas firms, there is an opportunity for the sector to reverse the situation and recruit new leaders from the technology and renewable industries. Yet this will require a transformation in conventional executive roles, responsibilities and recruitment processes and a major perceived industry makeover.

This new generation of renewable and tech leaders are motivated by social and economic values as well as profit. Young leaders from the renewable and tech sector are attracted to companies that align with their beliefs in environmental sustainability and using technology as a force for good. This will require the oil and gas industry to transform its apparent image as technologically and environmentally regressive and promote some of its changes.

A recent report noted the growing skills overlap between industries such as offshore wind and oil and gas, and how many oil and gas workers are increasingly well-informed and interested in helping build a future run on renewables. Oil and gas firms could both retain and recruit a new generation of eco-aware executives by doing more to promote the expansion of their renewables portfolios. They should also highlight industry initiatives to reduce carbon emissions across their value chains.

To attract belief-led executives with a desire to drive social change, employer brands should emphasize the oil and gas sector’s role in delivering affordable, accessible energy to the developing world.  Eco-conscious tech transformers could be attracted by highlighting how technological transformation of the energy industry is driving sustainability. For example, some oil and gas firms are applying advanced artificial intelligence (AI) to analyze and optimize carbon-reduction efforts across their value chains. Oil and gas firms should similarly offer tech transformers the power to drive digital and environmental transformation across the company. Participatory policy-making could empower employees to drive organizational transformation and help identify future leaders for promotion.

Roles such as digital transformation and sustainability should be given seats at the boardroom and the power to harness technology not only for profit but for social and environmental progress. Tech experts could be brought in at board level to find ways of harnessing digital transformation to drive decarbonization by, for example, incorporating green AI and data analytics into their operations.

A younger generation of tech executives also believe it is the responsibility of employers to actively improve their mental and physical wellbeing. The 2021 GETI Report found that staying close to family and friends now outranks desire for higher pay among some oil and gas workers, and 47% of those who do not want to move away for work cited the need to be near family. Oil and gas firms could respond to this by investing in corporate wellness initiatives and offering family-friendly benefits such as flexible working alongside financial remuneration. Even performance targets could be modified to include personal development targets such as meditating or running marathons.

From Rex Tillerson to Elon Musk

The loss of in-house talent combined with the changing nature of the oil and gas industry means the Rex Tillerson of the future may be something like a mix of Elon Musk and Jeff Bezos.

Evidence indicates the existing oil and gas workforce is already becoming more environmentally conscious and restless with 81% considering leaving, many of them for renewable rivals. Many oil and gas workers are well-informed about how to transition to renewable technology but feel their expertise is untapped. This indicates that empowering a new generation of leaders to drive environmental change across the oil and gas industry is as crucial to retaining as to recruiting future leaders.

But the industry must also go further and empower current employees and new leaders to drive energy transition and digital transformation and use technology for sustainability as well as profit. This entails new boardroom roles and more participatory policymaking.

Ultimately, the solution to the oil and gas leadership talent crisis is to remold the industry in line with the new generation of future leaders, and it may come from outside its ranks. 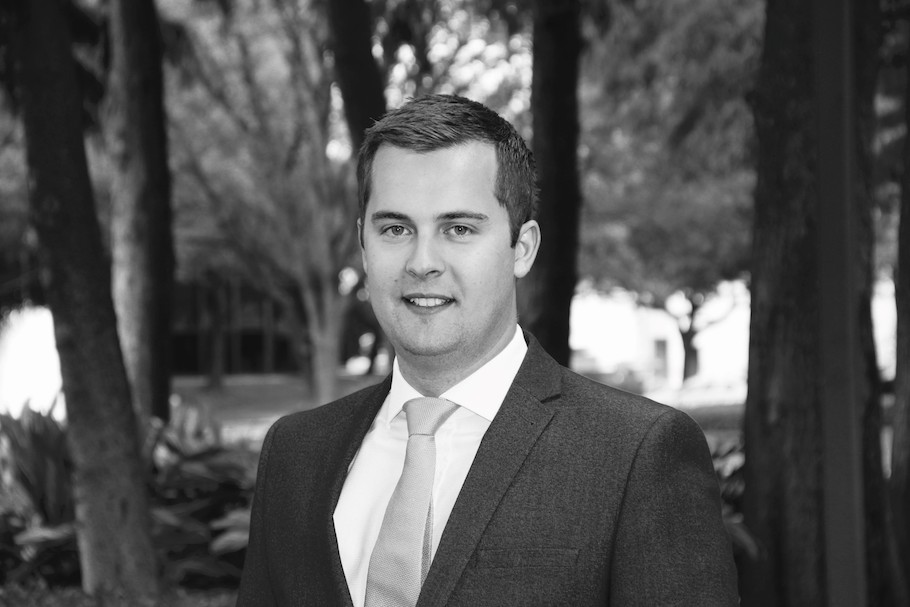 About the author: Allister Graham is managing partner Americas with Ducatus Partners.

2022-03-23 - It is unclear how much money BP could get from the shut-down North Sea oil field, if any, given the clean-up, or decommissioning, costs that would have to be negotiated, sources say. 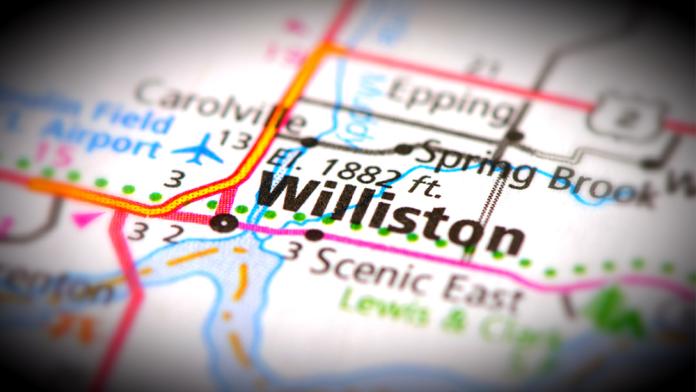 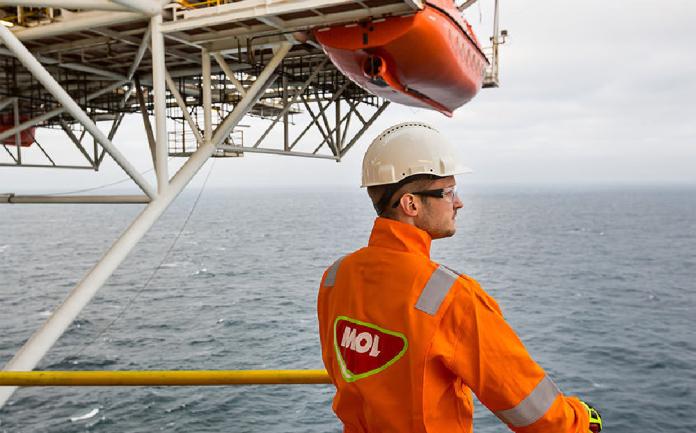 2022-03-25 - MOL’s U.K. working interest production peaked above 18,000 boe/d in 2019 and has been falling in the last two years, according to the company release announcing the sale to Waldorf.

2022-04-01 - The Pikka project, the biggest new oil prospect on Alaskan state land in decades that is operated by Santos, is next to ConocoPhillips’ Kuparuk River Unit oil fields on Alaska’s North Slope.