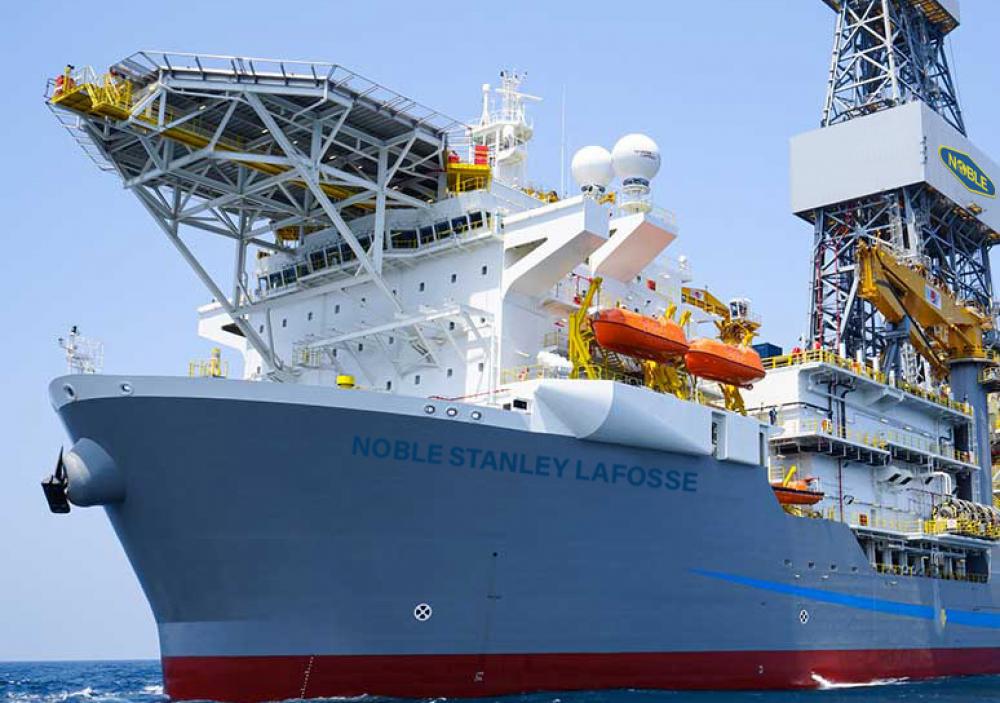 Pictured is the Noble Stanley Lafosse drillship, which is currently operating in the Gulf of Mexico. The U.S. Gulf of Mexico remains setting the pace for drillships, said Terry Childs, head of RigLogix at Westwood. (Source: Noble Corp.)

HOUSTON—Despite a pandemic, the Russian invasion of Ukraine, and an energy crisis in Europe causing the oil and gas market to become all wonky, the rig market is thriving in ways that haven’t been seen in years.

Globally, drillships and jackups are seeing utilization at levels “not seen since the oil price crash in 2014,” said Teresa Wilkie, research director at Westwood, during the group’s offshore breakfast briefing on Oct. 20.

As the industry in 2020 faced financial problems during the pandemic, many companies were forced to cut bait with drillships. In total, Westwood counts 42 drillships retired between 2015 and 2022. During that same seven-year span, over 150 older jackup rigs were also retired. However, this paved the way for 110 new jackups to be delivered within that same period.

So far in 2022, there has been no drillship retirements, signaling a return to form for the rig market. Day rates for a drillship now exceed $400,000 and they’re only set to increase, according to Westwood.

Also, with a higher demand for jackups coming from national oil companies like Saudi Aramco as NOCs look to ramp up E&P efforts, an increased number of jackup rigs are entering the market. Currently, Westwood expects 14 more jackup rigs will move into the Middle East from China and Singapore over the next year. Day rates for jackups have now grown to $100,000 to $150,000/day, up from the $60,000 to $80,000 prices a year ago.

While drillships and jackups are seeing a record growth during this time in the rig market, the same can’t be said for semisubmersible rigs. Between 2015 and 2022, the semi market experienced a “severe lack of demand,” according to Westwood’s Wilkie.

Since 2018, 122 rigs have been retired, with the average age of those decreasing from 34 years in 2018 to just 16 years in 2022. Only 15 semisubmersibles have been delivered since 2015, with no recent increases in supply, activations or newbuilds.

While drillships are also thriving in both North and South America, semisubmersibles are booming in the region as well. Most of the recent contract awards have been in the Americas and they have also had the highest day rates, said Terry Childs, head of RigLogix at Westwood.

“Day rates continue upward movement for all rig types in all regions,” Childs said. “The U.S. Gulf remains setting the pace for drillships… Other regions are improving, but still lagging behind what's happening in the U.S. Gulf.”

The jackup market in the Gulf of Mexico has been in decline for some time, as there are only six jackups currently under contract. The jackup rig market in the region looks vastly different than it did in the early 2000s, when there were 143 contracted jackups in the Gulf.

The rig market wasn’t the only thing discussed at the briefing. Mark Adeosun, Western Hemisphere Offshore Manager at Westwood, revealed that they would have their highest expenditure for EPC since 2014.

“We anticipate a total of 79 FPS units to be sanctioned over the 2022 to 2026 period, and that would include 37 newbuild units, 27 conversions, 15 units are expected to upgrade all the deployments,” he said.