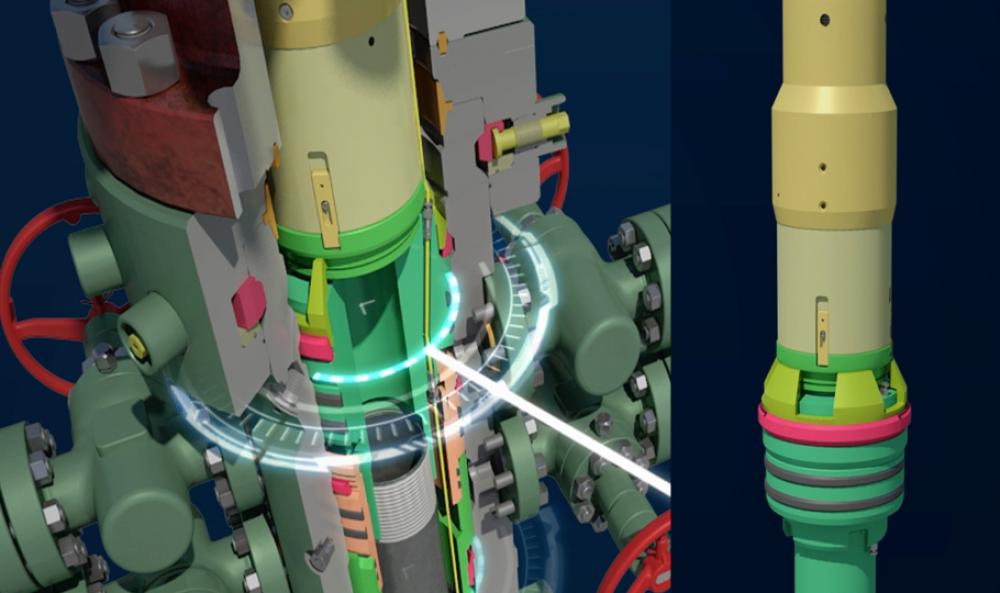 Removing debris from the wellbore has been an industry goal for years. But now eliminating the opportunity for debris to build up or become stuck inside the wellhead is taking on a higher priority because drilling debris is not just a production and HSE risk; it is a financial risk. Drilling debris significantly impairs drilling, delays production and is a major cost to operations.

Drilling managers are seeking to keep the wellhead clean and are searching for protection against remnants of drilling fluid and other debris such as metal shavings or cement plug. The problem begins with debris being deposited at the same time the hanger is landed. As cement returns through the riser, debris or shards can be deposited in the profile of the wellhead and on its load shoulders. Debris also can scratch the elastomer seal elements passing through it, causing well control issues. Packoffs, wear bushings and BOP testers also are subject to the effects of debris.

Periodic removal of debris is needed and often is not completed to speed up drilling operations. As cuttings are circulated back to the surface, they meet with increasing hole diameters as they move from inside the casing into the wellhead. This slows the velocity of the cuttings, causing them to settle in exactly the place that causes the most issues.

Whether drilling a complex well on land or offshore, remnants of drill fluid or other debris can interfere with the proper installation and performance of wellhead systems, leading to costly remedial operations. In fact, based on operator feedback, it is estimated that installation issues due to debris occur a significant amount of the time and could lead to several millions of dollars in nonproductive time (NPT). NPT costs could be double for new wells with new crews or new rigs.

NPT costs could be double for new wells with new crews or new rigs.

For example, an operator received a call from the rig informing him that the christmas tree could not fully land on the tubing hanger/compact housing. After taking measurements, the team ascertained that the tubing hanger was locked in the housing but tilted. The connector was modified, installed and tested 48 hours later. While the operator praised the service company for its fast response and great support, the installation failure cost the operator two days of NPT. This could have been avoided if not for debris sitting on top of the seal assembly.

These wellhead installation failures can be traced to casing hangers not being landed correctly, resulting in the inability to set the packoff or causing it to leak. Leaking packoffs and tubing hangers are mainly caused by hangers not being centralized or not being able to fully land due to debris on the landing shoulders. Wells with a shallow deviation can add further risk to alignment and centralization.

While debris removal using tools such as washover or cleanout tools provides insurance to installation, workovers and production by reducing risks, it requires downtime and high cost. Tool inventory must be managed onsite, and availability is not always certain.

With the use of outward biased lock rings for the tubing hanger, debris often accumulates and solidifies behind the ring for years, preventing the ring’s collapse to free the hanger. It is sometimes necessary to machine onsite to retrieve a completion.

To put the impact of debris and misalignment into perspective, if each casing section of a well requires a total of 1 hr to drain the stack and flush the wellhead plus another 30 minutes to centralize the rig over the wellhead, then a 10-well project will require 25 hours just to try to avoid a hanger from landing high or landing off center (tilted) in a two-stage housing. Take into account the high probability of one of these wells failing to install properly, and one can add another 5 hours for a total of 30 hours of NPT for a potential per well expense of about $625,000 (Figure 1). 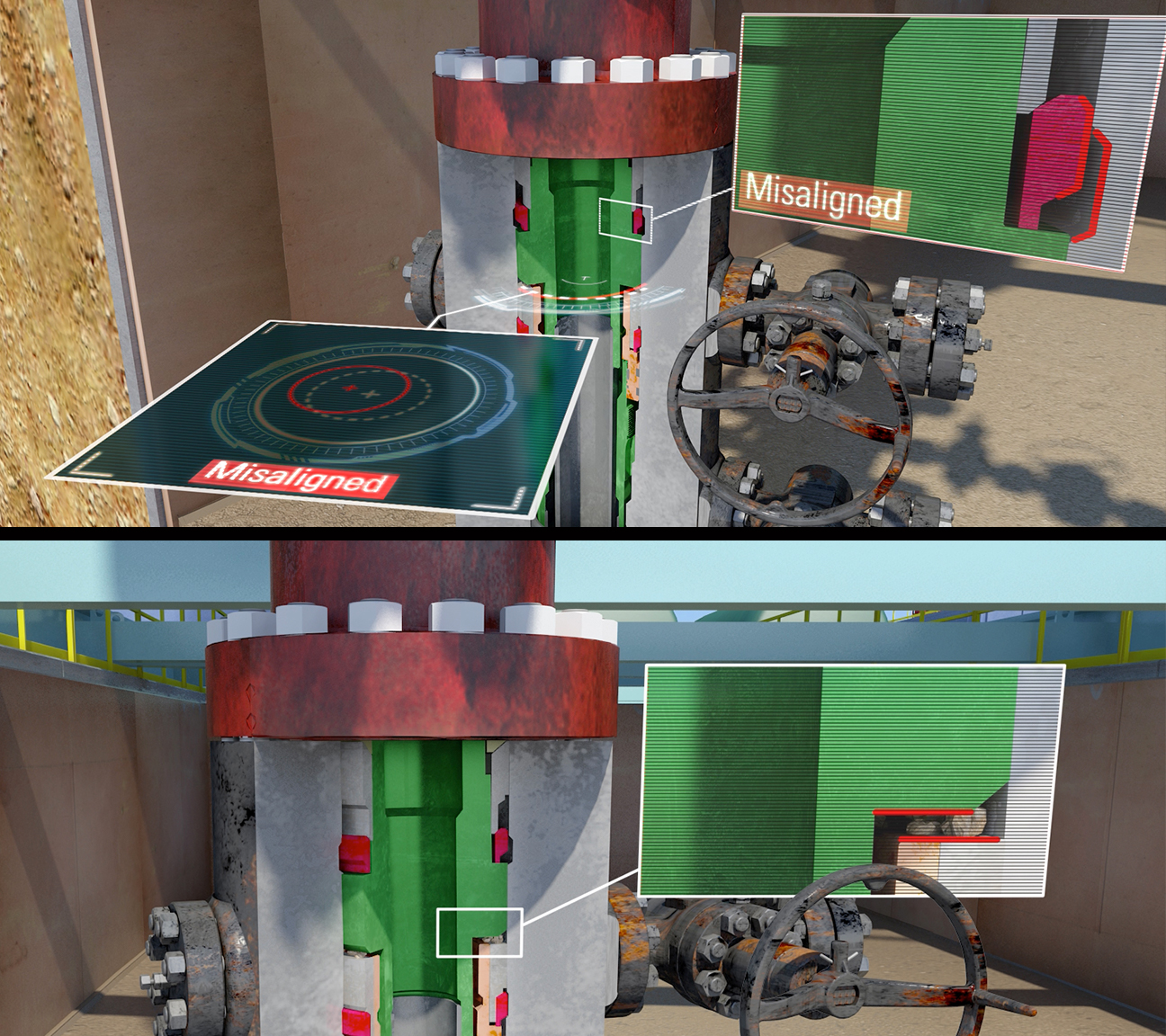 Downtime is minimized with the new wellhead design through an ability to accommodate a wide range of casing and tubing programs from a single system, which affirms full land-out and significantly reduces the potential for debris to become trapped in the wellhead. Washout tools are not required.

Instead of landing the tubing hanger on top of the casing hanger packoff, Cameron’s SOLIDrill modular compact wellhead system provides a high degree of debris and misalignment tolerance. The tubing hanger is installed on its own dedicated landing shoulder. This system is designed with angled shoulders to prevent debris from accumulating; there are no flat shoulders or pockets to catch dirt or metal shards. This reduces the need to drain the stack and flush the wellhead prior to landing the packoff and tubing hanger. The wellhead also has angled grooves and landing shoulders that deflect debris away from the bore. Constructed with substantially more socketing (the ability to guide the casing within set boundaries) to hang casing, the wellhead also reduces the risk of hanger tilt.

Workovers can be simplified using the new wellhead system, which uses an inward biased lock ring so there is little room behind the ring for debris to accumulate and solidify. Once the energizing ring is released, the lock ring can retract inward, and future workovers will be easier with its specially designed neck protector (Figure 2).

Modular compact wellhead systems that meet American Petroleum Institute 6A standards can be configured in two- or three-stage arrangements and are available in 11 in. and 135⁄8 in. They are rated for severe service conditions that include pressures up to 10,000 psi and steep kickoff well angles up to 60 degrees kickoff at 80 m (262 ft).

Equipped with a self-aligning hanger, centralizing features and position indication, the wellhead is designed to provide reliable wellhead installation. An optional temporary lockdown mechanism for landing casing hangers further facilitates the cementing process. A lock ring is used to remove the potential for hanger lift during casing cementing. 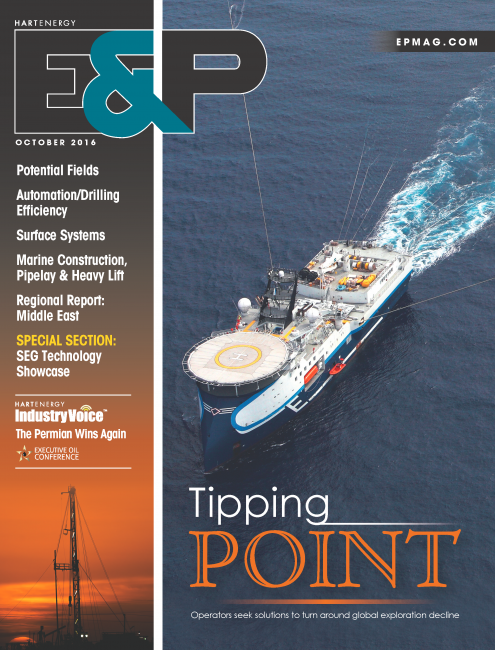